On August 5, the United States called on Iran’s new president, Ebrahim Raisi, to resume talks on restoring full U.S. and Iranian compliance with the 2015 nuclear deal. “We urge Iran to return to the negotiations soon so that we can seek to conclude our work,” State Department Spokesperson Ned Price said. He added that the window of opportunity to return to the nuclear deal “won’t last forever,” reiterating a similar warning by Secretary of State Antony Blinken on July 29.

From April to June 2021, Iran and the world’s six major powers—Britain, China, France, Germany, Russia and the United States—held six rounds of talks in Vienna hosted by the European Union. Iran said that it would not resume talks until after Raisi’s inauguration as president on August 5. In his first speech as president, Raisi pledged to support “any diplomatic initiative” to lift U.S. sanctions.

“If President Raisi is genuine in his determination to see the sanctions lifted, well, that is precisely what’s on the table in Vienna,” Price told reporters. “We’ve heard their words, but to us, actions will speak louder. And the Iranians clearly have some decisions to make.” The following are excerpted remarks by Price. 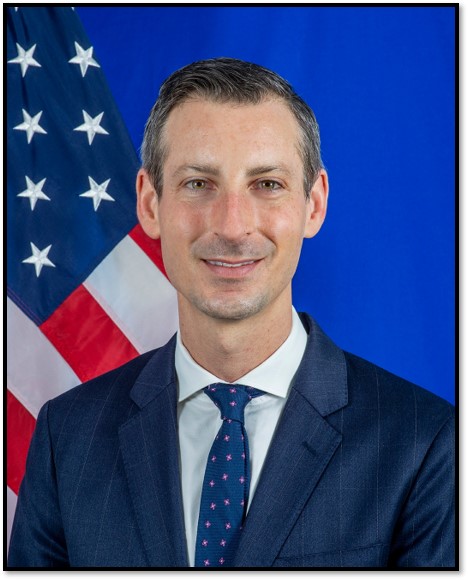 State Department Spokesperson Ned Price on Aug. 5, 2021: “What I can say is that our message to President Raisi is the same as our message to his predecessors, and that is very simple: The U.S. will defend and advance our national security interests and those of our partners. We hope that Iran seizes the opportunity now to advance diplomatic solutions and the diplomatic solutions that are before all of us. We are waiting to see, as I’ve said before, the approach that the new government in Iran will take. And we will in turn respond in consultation with our partners. For our part, we’ve made very clear that we are prepared to return to Vienna to resume negotiations.

“But at the same time – and the Secretary has said this message, you’ve heard it from here as well – this process cannot go on indefinitely. The opportunity to achieve a mutual return to compliance with the JCPOA (Joint Comprehensive Plan of Action) won’t last forever. The longer this goes on, the advantages to our national security that would be accrued by a mutual return to compliance will start to chip away by the advancements that Iran is able to make while the shackles are at present removed from its nuclear program. So we’re mindful of that, and that’s why we urge the new Iranian Government to return to diplomacy.”

“When it [the JCPOA] was being negotiated in 2014 and 2015 and the preceding talks before that, Iran at points was a handful of months away from being able to produce the fissile material required for a nuclear weapon should it decide to weaponize and pursue that route. The advantage of the JCPOA was that it extended that so-called breakout time to 12 months, to a year. For us, this has always been the advantage of the JCPOA. It is the extension of that so-called breakout time, but even more so, it’s the permanent and verifiable prohibition on Iran ever obtaining a nuclear weapon.

“So now that Iran has been – has distanced itself from its nuclear limitations since 2018, the breakout time, according to published reports, is back down to a handful of months. For us, that is not a proposition that can last indefinitely, and it is also not a proposition that can last indefinitely when, as these nuclear constraints aren’t applied, Iran’s advancements continue day by day. And we are not comfortable with an Iranian nuclear program that is able to make advancements without these checks in place.

“If President Raisi is genuine in his determination to see the sanctions lifted, well, that is precisely what’s on the table in Vienna. The formulation that was enshrined in the original JCPOA, the JCPOA with which we’re trying – we’re attempting to see if we can resume mutual compliance, was a formulation that called for the lifting of nuclear sanctions in return for these permanent and verifiable limits on Iran’s nuclear program.

“This is something that in 2015 was in the interests of the United States. It was in the interests of our P5+1 partners. According to the supreme leader then and now – the now former president of Iran, it was in Iran’s interest at that time. You just cited President Raisi’s statement about wishing to see that sanctions relief come into play once again. That might suggest that there’s an appetite on the part of the new Iranian Government to engage in this diplomacy. We certainly hope that’s the case, because we believe profoundly that it remains in our interest – in the interests of our allies and partners – to see Iran’s nuclear program once again permanently and verifiably restricted.

“But this is a new administration in Iran. We’ve heard their words, but to us, actions will speak louder. And the Iranians clearly have some decisions to make.”