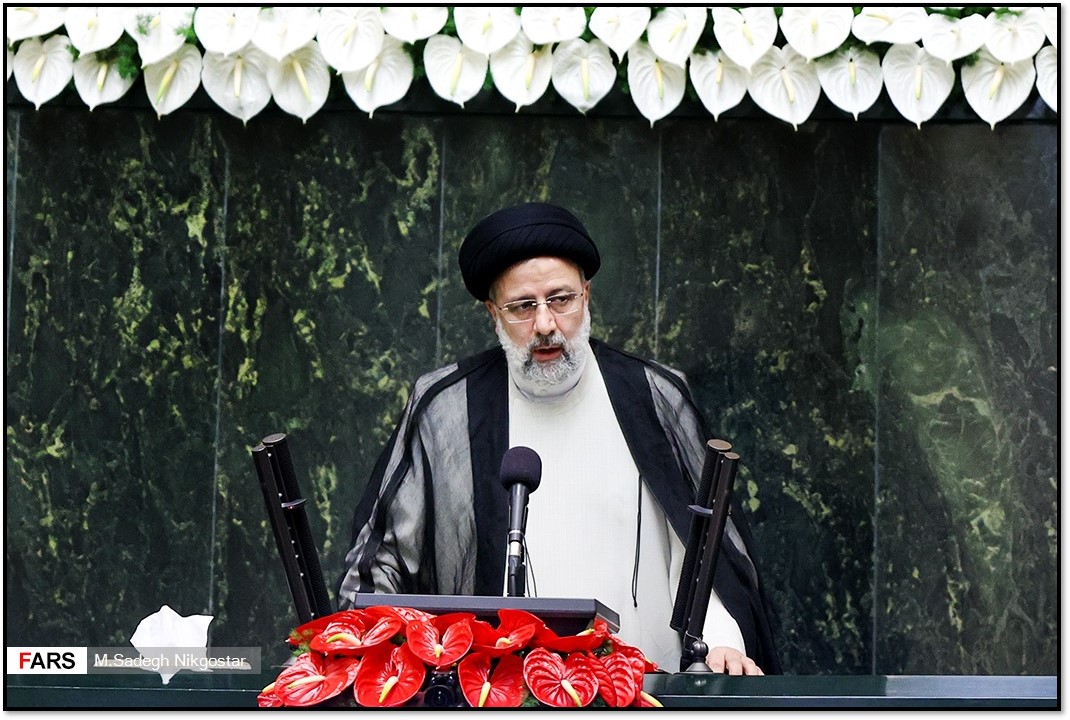 On August 5, former judiciary chief Ebrahim Raisi took the oath of office as Iran’s eighth president in a ceremony before parliament, senior officials and foreign dignitaries. Raisi’s election, in June, reflects the growing hold by hardliners over all branches of government.

On foreign policy, the new president pledged to support “any diplomatic initiative” to lift U.S. sanctions which have battered Iran’s economy since 2018. He vowed that Iran’s controversial nuclear program was “fully peaceful.” Nuclear weapons have “no place in our defense doctrine,” he emphasized, referencing a religious decree by Supreme Leader Ayatollah Ali Khamenei banning the deadly weapons. At the same time, Iran’s new president said, “All the parameters of national power will be strengthened, adding that “the Islamic Republic of Iran’s power in the region creates security.”

Raisi also said that improving relations with Iran’s neighbors would be a priority. He called for regional dialogue to solve crises rather than relying on outside powers. “Foreign intervention in this region resolves no problem; it's a problem itself.”

On domestic policy, Raisi pledged to stabilize the economy, address people’s basic needs, fight corruption and to better manage water and gas resources. “The Iranian people expect the new government to improve their livelihoods,” he said. Raisi took office amid protests sparked by water shortages and power outages during a heatwave. The following are excerpted remarks by Raisi on key issues.

“The policy of sanctions and pressure did not force the nation to pursue its legitimate goals, that's the right to development. The sanctions against the Iranian nation must be lifted. … We support any diplomatic initiative that realizes this goal.” 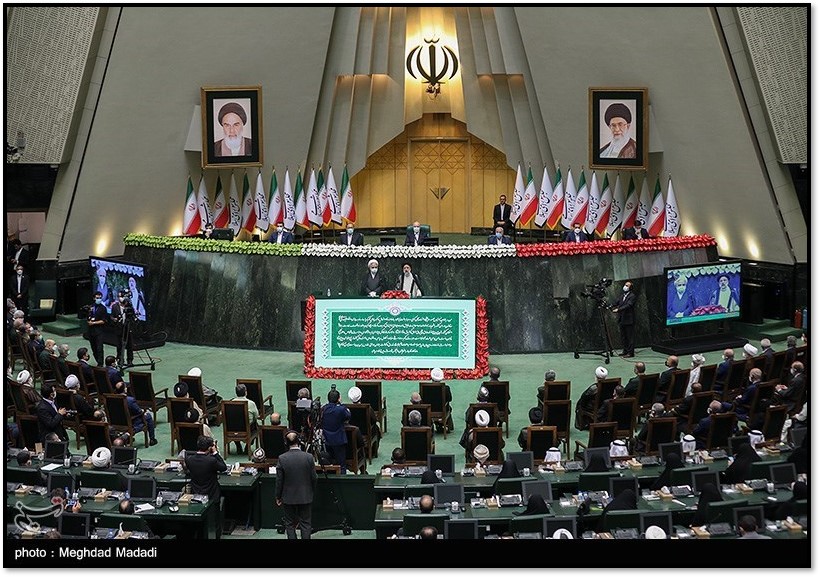 “Under this popular government, all the parameters of national power will be strengthened. All the elements such as diplomacy and smart interaction with the world will be applied in order to protect our national interests.”

“Iran's power in the region creates security. Iran's regional capacities bring about peace and security in other countries and are aimed at countering the threats by hegemonic powers.”

“The world is experiencing developments and one should have a better understanding of this new world and interact with newly emerging powers. A successful foreign policy will be a balanced one.”

“We consider ourselves committed to the ideals of the revolution and to eradicating rent-seeking and making the economy resistant to reduce inflation, strengthen the national currency, create stability in the field of economy, make efforts to attain self-sufficiency, address people's basic needs, make technological and scientific progress, optimally manage water and gas resources, and protect the environment.”

“This administration will seek to realize people’s call, and the message by the people on June 18th was a message of seeking development and seeking justice, to seek independence and resisting the expansionist policies by the arrogant and oppressive powers. So, people call for an administration to administer justice, to combat corruption, to combat discrimination, to be concerned about the people, to seek knowledge.”

“The people expect the administration to defend the rights of the people and to not give into oppression in any part of the world. We are the real defenders, we are the real defenders of human rights, and we do not accept silence in the face of oppression—oppression either in the heart of Europe or in America, in Africa, or in Yemen, in Syria or in Palestine. We will stand by the oppressed, and, domestically, the people and the youth expect us to reflect the voices of the oppressed. The people want their social and cultural freedoms to be followed up and pursued.”

Legacy of the 1979 Islamic Revolution 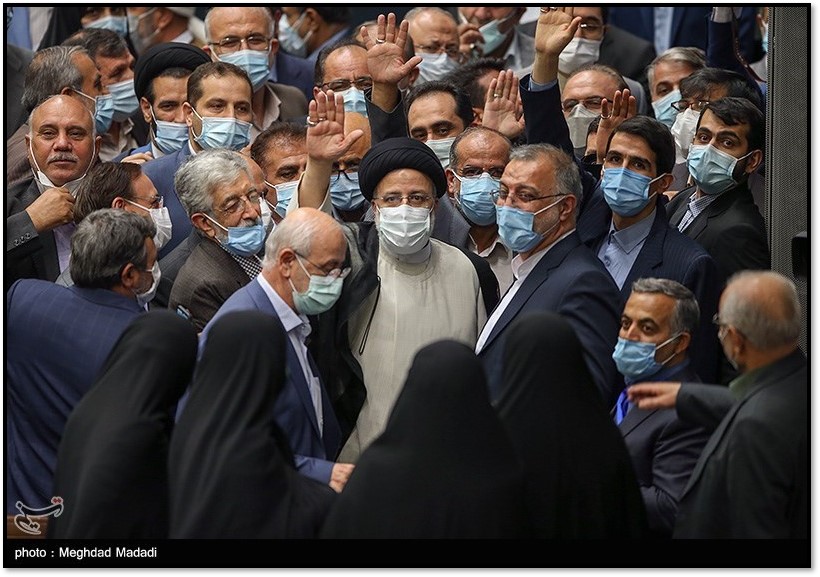 “The triumph of the revolution in Iran opened a new chapter for freedom and political participation and popular rule.”

“With the efforts of this nation, with the leadership of the great Imam [Ayatollah Ruhollah Khomeini], the Iranian nation managed to actually defeat the despotic regime and managed to determine its own fate. It stood in face of the east and the west and proved that the religious popular rule is a modern method of rule that can bring about freedom, independence, and can bring about progress and tradition all together.”

“The great Iran is entering a new century at a time where, for 40 years we have experienced religious popular rule… And in this new century and the start of the second phase of the revolution, I have been obligated to protect this legacy, and I thank God for granting me this chance. This great epic was created by the great Iranian nation, and this has put on display our manifestation of the religious popular rule, but at the same time, we have been facing the illegal economic sanctions, the psychological warfare, and the hardships caused by the coronavirus pandemic.”

“I am here to serve a population of more than 80 million. The Iranian nation has on various occasions proved its loyalty to the revolution. And it's our turn today to protect the trust given to us. A popular administration is an administration of national unity. In a popular government, the political factions and ethnic and religious groups do not matter. In other words, all the people are hand in hand under the sacred flag of the Islamic Republic.”

“Today, I call upon all the elites and people from different walks of life, all the ethnicities, all the political parties and political orientations, the seminaries, universities, all the young men and women. I call upon all of them to consider this administration as their own government and support this administration. I call upon you to join hands in order to promote the dear Islam and contribute to this country's progress stand up in order to realize the goal of having a powerful Iran.”