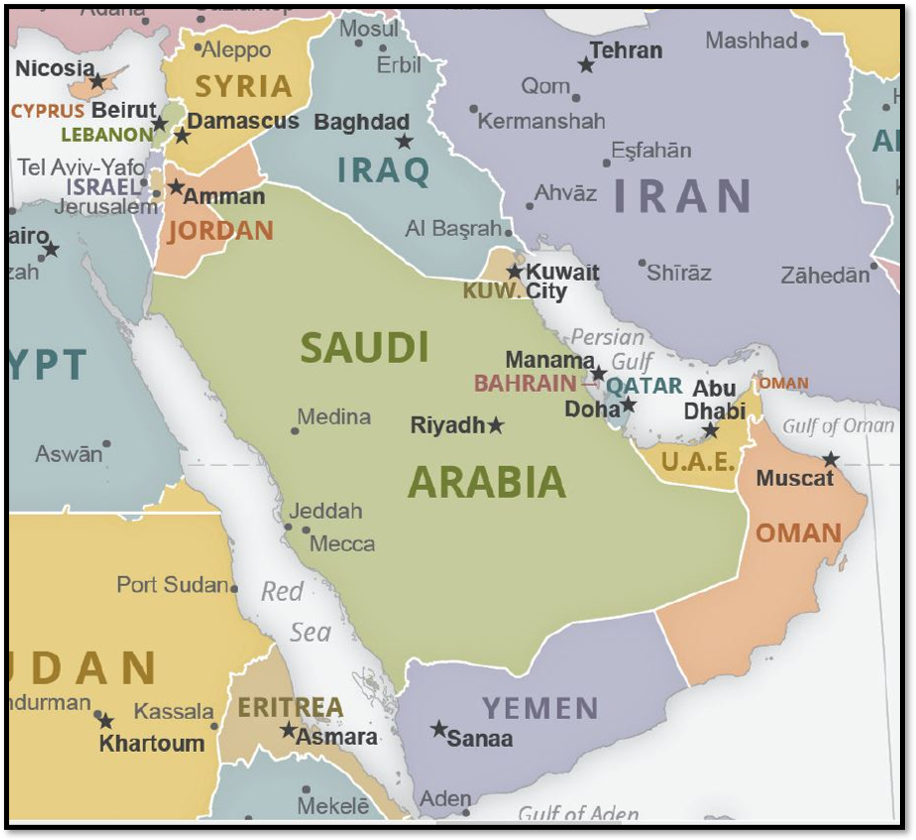 On July 29, an oil tanker with ties to Israel was hit in a drone strike off the coast of Oman, killing two crew members. The Mercer Street was owned by a Japanese company and flew the Liberian flag, but was managed by Zodiac Maritime, a company headed by an Israeli shipping magnate. On August 1, U.S., British and Israeli officials charged that Iran was behind the attack. Iran denied involvement. Since 2019, Israel and Iran have reportedly engaged in tit-for-tat attacks on ships owned by or linked to each other. The strike on the Mercer Street was reportedly the first fatal attack.

The attack threatened to increase tensions between Western powers and Iran during diplomacy to restore full U.S. and Iranian compliance with the 2015 nuclear deal. From April to June 2021, Iran and the world’s six major powers—Britain, China, France, Germany, Russia and the United States—held six rounds of talks in Vienna hosted by the European Union. Iran said that it would not resume talks until after Ebrahim Raisi’s inauguration as president on August 5.

The Mercer Street was the second vessel connected to Zodiac Maritime to be attacked in a month. On July 3, the CSAV Tyndall, previously owned by Zodiac Maritime, was struck by either a missile or a drone in the Indian Ocean while sailing from Saudi Arabia to the United Arab Emirates. No one was hurt, but the ship suffered minor damage. Israeli security officials reportedly tied Iran to the attack.

U.S. naval forces from the 5th Fleet, which is based in Bahrain, responded to the ship’s distress call. The tanker was then escorted to a safe port by the aircraft carrier USS Ronald Reagan and the guided missile destroyer USS Mitscher. Oman also deployed jets and a ship to the location of the attack.

Zodiac Maritime said that the Mercer Street was hit while traveling from Dar es Salaam, Tanzania, to Fujairah, the United Arab Emirates. The ship was not carrying any cargo.

In a statement, Secretary of State Blinken charged that the attack “follows a pattern of attacks and other belligerent behavior” by Iran. There was “no justification, he said, adding that the United States was working with its partners on an “appropriate response.”

Prime Minister Naftali Bennett, at the Cabinet meeting today:
"The world recently received a reminder of Iranian aggression, this time on the high seas. The Iranians, who attacked the ship 'Mercer Street' with UAVs, intended to attack an Israeli target.https://t.co/g0BpFHJKEy pic.twitter.com/Tj3zkqkBm3

British Prime Minister Boris Johnson condemned the attack. “Iran should face up to the consequences,” he told reporters on August 2. “This was clearly an unacceptable and outrageous attack on commercial shipping.” Britain’s Foreign, Commonwealth & Development Office summoned Iran’s ambassador in London in response to the attack. Foreign Secretary Dominic claimed that the attack was “deliberate, targeted, and a clear violation of international law by Iran.” He also reported that Britain was working with allies on a concerted response to “this unacceptable attack.”

Israeli Prime Minister Naftali Bennet called on the international community to “make it clear to the Iranian regime that they have made a serious mistake. In any case, we know how to send a message to Iran in our own way,” he said during a cabinet meeting on August 1. Israel warned that the attack more broadly threatened freedom of navigation. “Iran is not just an Israeli problem, but an exporter of terrorism, destruction and instability that are hurting us all,” Foreign Minister Yair Lapid tweeted on July 30. “I am in constant contact with British Foreign Secretary Dominic Raab, I mentioned to him tonight the need to respond severely to the attack on the ship in which a British citizen was killed.”

On August 6, the G7— Britain, Canada, France, Germany, Italy, Japan, and the United States—condemned the attack. “Iran’s behavior, alongside its support to proxy forces and non-state armed actors, threatens international peace and security,” the foreign ministers said in a joint statement. “We call on Iran to stop all activities inconsistent with relevant U.N. Security Council resolutions, and call on all parties to play a constructive role in fostering regional stability and peace.”

Iran dismissed the international accusations. “It’s not the first time that the Zionist regime occupying Jerusalem has made such empty accusations against the Islamic Republic of Iran,” Foreign Ministry Spokesperson Saeed Khatibzadeh said on August 1. “Wherever this regime has gone, it has taken instability, terror and violence with it.”

Khatibzadeh challenged Britain and the United States to provide evidence to “support their baseless claims.” On August 2, he also warned that Iran would “decisively respond to any possible adventurism” in response to the alleged tanker attack. Iran’s foreign ministry summoned Britain’s chargé d'affaires, the top diplomat in Tehran, to condemn the British allegations. The ministry also summoned the Romanian ambassador.

Since 2019, Iran has reportedly targeted at least three Israeli ships. Israel has also accused Iran of attacking tankers owned by third countries, including Japan, Norway, Saudi Arabia and the United Arab Emirates. Over the same period, Israel has sabotaged at least 10 ships—and potentially more than 20—carrying Iranian cargo or oil, The New York Times reported in March 2021. The first well-publicized incident in the maritime conflict between Israel and Iran was the suspicious breakdown of an Iranian oil tanker in the Red Sea in May 2019. The following is a timeline of maritime attacks that reportedly involved Israel and Iran.

Iran denied involvement. But Iranian state media reported that the attack on the tanker was in response to an alleged Israeli attack on al Dabaa airport in Syria. Al Alam News Network cited “informed sources in the region.” It did not specify who attacked the Mercer Street.

Garrett Nada, managing editor of The Iran Primer at the U.S. Institute of Peace, assembled this report. Julia Broomer, a research assistant at the Woodrow Wilson Center, contributed to an earlier version of the timeline.