In February 2021, most Americans and Iranians said that they supported the 2015 nuclear deal between Iran and the six major world powers, known as the Joint Comprehensive Plan of Action (JCPOA). But Iranians were skeptical that the United States would ever fully comply with the accord even if the Biden administration returned to the JCPOA, which President Donald Trump abandoned in 2018. Polls conducted by the Chicago Council on Global Affairs, the University of Maryland and IranPoll found that:

The following are findings from the poll. 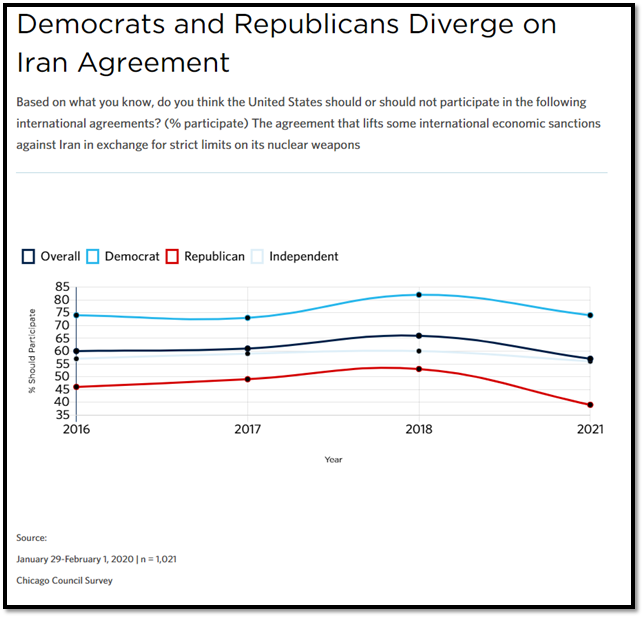 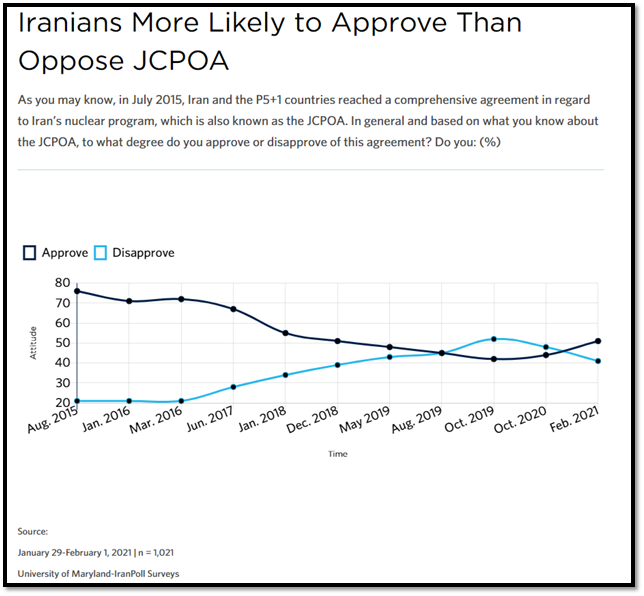 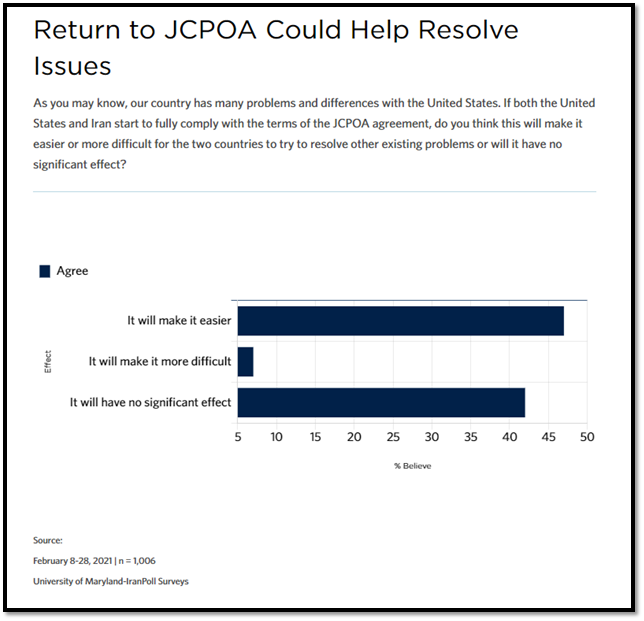 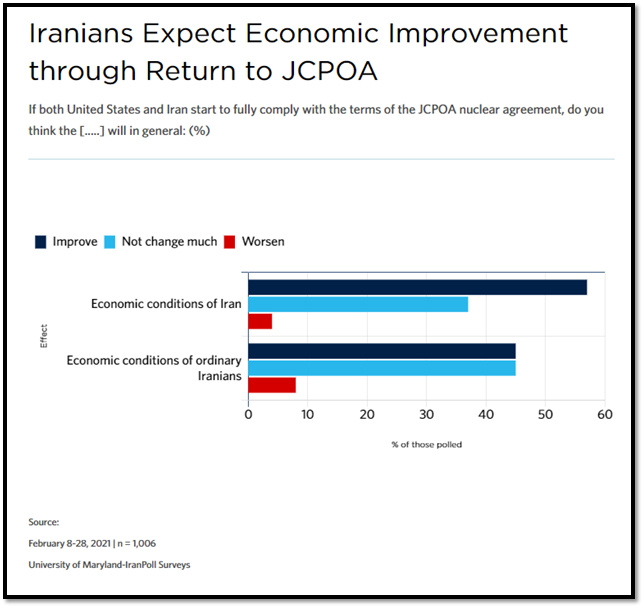