Since 2010, Israel has been widely linked to a least a dozen attacks on Iran’s nuclear program. Jerusalem and Tehran are nearly 1,000 miles apart. Yet Israel has reportedly penetrated deep into Iranian territory and its most secure facilities in two waves. The first wave, mainly cyberattacks and assassinations, was between 2010 and 2012 before the launch of nuclear diplomacy with Iran by the world’s six major powers. The second began in 2018 and has included a Mossad raid, an assassination, and explosions. Israel has allegedly used four different tactics: 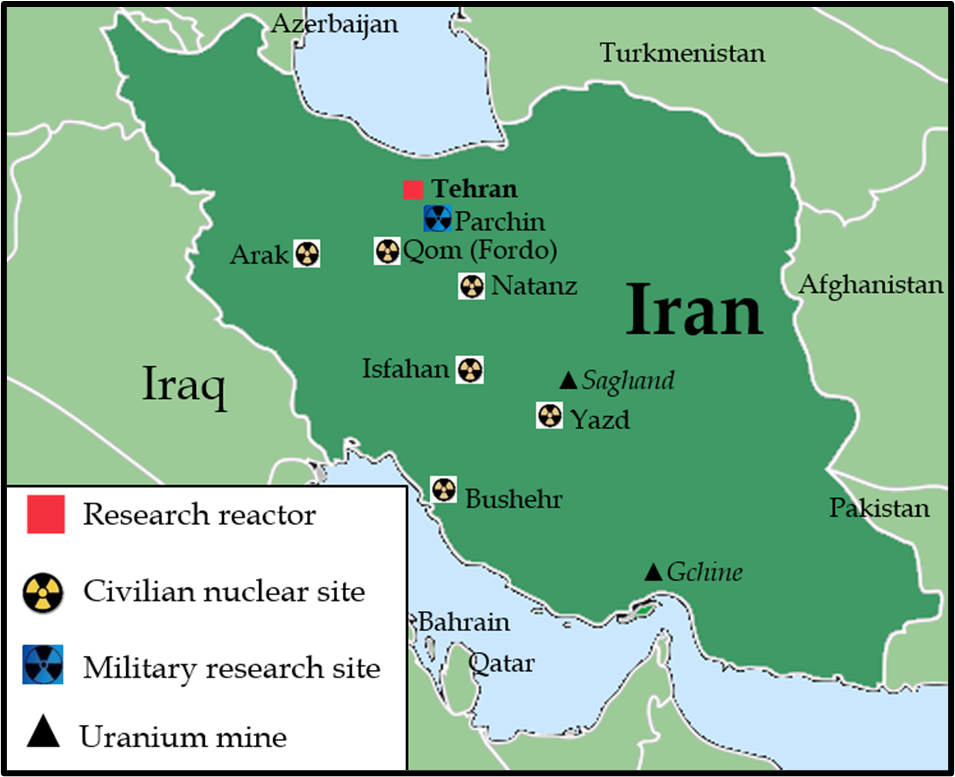 Israel has long viewed Iran’s nuclear program as a potential existential threat. “I will never allow Iran to obtain the nuclear capability to carry out its genocidal goal of eliminating Israel,” Prime Minister Benjamin Netanyahu said on April 12, 2021. Israel’s goal appears to be either to destroy the program or at least delay the so-called breakout time needed to enrich enough uranium for a nuclear bomb. The breakout time in 2016, when the nuclear deal went into effect during the Obama administration, was at least a year. President Trump abandoned the deal in mid-2018. In response, Iran began a series of gradual breaches of the deal—most involved higher enrichment or installing more advanced centrifuges—in mid-2019. When President Biden took office in 2021, the breakout time was estimated to be two or three months.

On April 6, 2021, the Biden administration began indirect diplomacy with Iran—including the five other world powers—designed to get both the United States and Iran back into full compliance with the nuclear deal, known as the Joint Comprehensive Plan of Action (JCPOA). After one week of talks, Israel reportedly sabotaged Natanz on April 11 for the second time in a year. Repairs to restore the Natanz facility to full production of enriched uranium—the fuel that can be used both for peaceful nuclear energy or as one of three steps in constructing a nuclear weapon—could take up to nine months.

Ali Akbar Salehi, the head of the Atomic Energy Organization of Iran (AEOI), condemned the attack as “nuclear terrorism,” and Foreign Minister Javad Zarif blamed Israel. “We will take our revenge against the Zionists,” Zarif told state television. In a brief statement, the White House said that the United States was “not involved in any manner.” The following is a timeline of sabotage of Iran’s nuclear program.

Jan. 12, 2010: Masoud Ali Mohammadi, a physics professor at Tehran University, was killed by a remote-controlled bomb planted on his motorcycle. The device detonated as he left home in northern Tehran to go to work. The government described Ali Mohammadi as a nuclear scientist but said that he did not work for the AEOI. State media blamed Israel and the United States for the assassination. In January 2011, Iran arrested 10 of its own citizens who were linked to the hit and allegedly worked for the Mossad. In 2012, Majid Jamali Fashi, one of the 10, was executed; the charges included murder and spying for Israel.

June 2010: The Stuxnet computer virus, allegedly developed by Israel and the United States, was detected in computers at the Bushehr nuclear power plant. The virus then spread to other facilities. By September, 30,000 computers across at least fourteen facilities—including the Natanz facility—were reportedly infected. The virus caused the engines in IR-1 centrifuges to increase their speed and eventually explode. At least 1,000 centrifuges of the 9,000 installed at Natanz were destroyed, the Institute for Science and International Security estimated.

Nov. 29. 2010: Professor Majid Shariari, a nuclear engineer who was involved in the country’s nuclear projects, was killed while driving to work. Fereydoon Abbasi Davani, a specialist in separating isotopes—a key step in enriching uranium—and a senior advisor to the Defense Ministry who was sanctioned by the United Nations in 2007, was injured in a separate blast. President Mahmoud Ahmadinejad blamed the United States and Israel for the attacks.

July 23, 2011: Darioush Rezaeinejad, an electrical engineer working at a national security research facility, was reportedly killed by two gunmen on a motorcycle in Tehran. Iran claimed that he was not involved in the nuclear program, but a former U.N. nuclear inspector alleged that Rezaeinejad was working on high-voltage switches, which trigger explosions needed to set off a nuclear warhead. Iran blamed the United States and Israel.

Nov. 13, 2011: Iran said it had contained Duqu, the third virus aimed at disrupting Iran’s nuclear program. It used programming code that was also used in the 2010 Stuxnet attack.

Jan. 11, 2012: Mostafa Ahmadi Roshan, a supervisor at Natanz, was killed when two people on a motorbike placed a bomb on his car in Tehran. Iran held Israel and the United States responsible. “The bomb was a magnetic one and the same as the ones previously used for the assassination of the scientists, and the work of the Zionists [Israelis]," deputy Tehran governor Safarali Baratloo claimed. In October 2017, Iran sentenced a suspect to death for allegedly providing information to the Mossad about 30 key figures working on research, military and nuclear projects, including Shariari and Ali Mohammadi.

May 9, 2012: Iran announced that a virus dubbed “Flame” had infected government computers and had tried to steal government data. Israel and the United States had deployed the Flame virus to collect intelligence and to prepare for a wider cyberwarfare campaign, The Washington Post reported. Vice Prime Minister Moshe Yaalon did not confirm Israel’s involvement but acknowledged that Israel would use “all means... to harm the Iranian nuclear system.”

Jan. 31, 2018: A Mossad team raided a warehouse in Tehran that housed a vast archive of Iran’s nuclear program. The agents used torches to cut through 32 safes. The team smuggled some 50,000 pages and 163 compact discs out of the country. On April 30, Israeli Prime Minister Netanyahu announced that Israel obtained some 100,000 “secret files that prove” Iran had earlier lied about not having a nuclear weapons program. He also alleged that Tehran worked to “expand its nuclear weapons know-how for future use” even after 2015 nuclear accord. Netanyahu presented maps, charts, photographs, and videos with details about Project Amad to design, produce and test nuclear weapons. Western intelligence had claimed for more than a decade that Iran had a covert nuclear weapons program.

Oct. 28, 2018: The head of Iran’s civil defense agency claimed that it had neutralized a “new generation of Stuxnet” attempting to damage communications infrastructure. Iranian officials blamed Israel for the attack. “Thanks to our vigilant technical teams, it failed,” Telecommunications Minister Mohammad Javad Azari-Jahromi said.

July 2, 2020: An explosion caused extensive damage to Iran’s main nuclear enrichment site at Natanz and set the program back months. The blast damaged a factory producing advanced IR-4 and IR-6 centrifuges that could enrich uranium faster than the IR-1 centrifuges allowed under the 2015 nuclear deal. “It’s possible that this incident will slow down the development and expansion of advanced centrifuges,” said Behrouz Kamalvandi, spokesman for the AEOI. Israel reportedly planted a bomb in the facility, The New York Times and The Washington Post reported.

Nov. 27, 2020: Mohsen Fakhrizadeh, a prominent nuclear scientist who was considered the father of Iran’s covert nuclear program, was killed in a roadside shooting about 40 miles east of Tehran. He was sanctioned by the United Nations in 2007 and the United States in 2008. Foreign Minister Zarif condemned the killing as terrorism. “This cowardice—with serious indications of Israeli role—shows desperate warmongering of perpetrators,” he tweeted.

April 11, 2021: An explosion at Natanz hit the power supply for centrifuges and caused damage that could take up to nine months to fully repair, The New York Times reported. Alireza Zakani, head of Parliament’s Research Center, said that “thousands of centrifuges” were destroyed. He claimed that 300 pounds of explosives had been smuggled into the facility in equipment that been sent abroad for repair. It was the second major attack to sabotage operations at Natanz in less than a year. In July 2020, an explosion caused significant damage to a centrifuge factory and IR-1 centrifuges. Foreign Minister Zarif blamed Israel and vowed revenge. “We will not fall into their trap,” he told a state television. “We will not allow this act of sabotage to affect the nuclear talks.”