In November 2019, the United States and six other countries—Australia, Bahrain, Britain, Qatar, Saudi Arabia and the United Arab Emirates—launched Operation Sentinel in the Persian Gulf. Albania and Lithuania joined later, in November 2019 and in March 2020, respectively. Why? What are the coalition's goals?

The stated purpose of Operation Sentinel is to promote maritime stability, ensure safe passage, and de-escalate tensions in international waters throughout the Arabian (Persian) Gulf, Strait of Hormuz, the Bab el Mandeb Strait and the Gulf of Oman, all strategic chokepoints for international trade and security. Some 21 percent of the world’s crude oil passes through the Strait of Hormuz. Operation Sentinel was created in response to a series of attacks on and interference with shipping in the Persian Gulf region in the summer of 2019 that were widely attributed to Iran’s Islamic Revolutionary Guard Corps Navy (IRGCN). 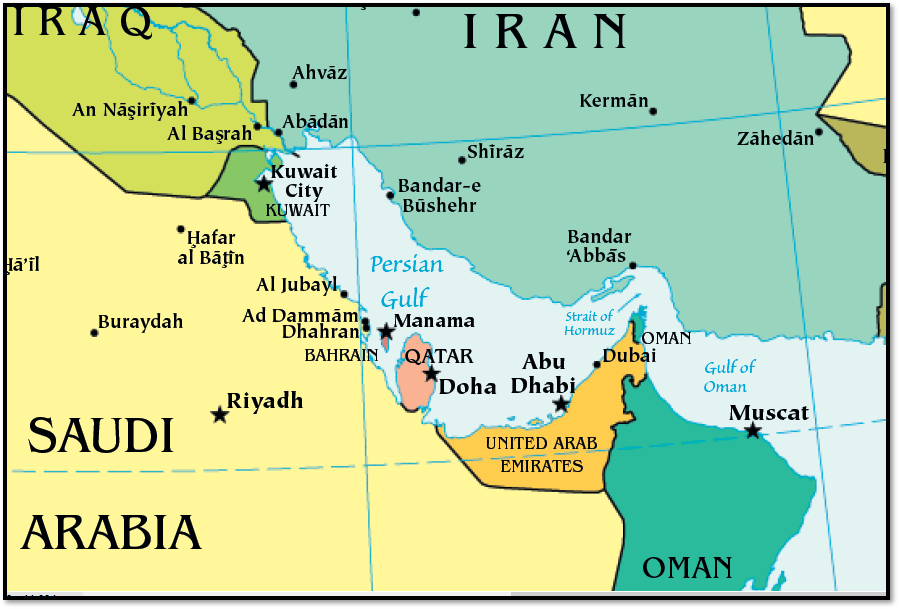 Coalition officials have been careful to point out that Operation Sentinel is defensive and not aimed at any particular country. Nevertheless, some countries have been reticent to join the U.S.-sponsored effort for fear of appearing to endorse Washington’s maximum pressure campaign against Iran.

The number of ships participating in Operation Sentinel varies from day to day, and from country to country. The U.S. Fifth Fleet/Naval Forces Central Command (NAVCENT) is the largest force provider, but the other countries also contribute ships, aircraft and personnel on a rotational basis, usually in limited numbers. For instance, Britain might provide a frigate to support Operation Sentinel for a select period of time, while the UAE might assign several liaison officers to the new Operational Sentinel headquarters in Bahrain. 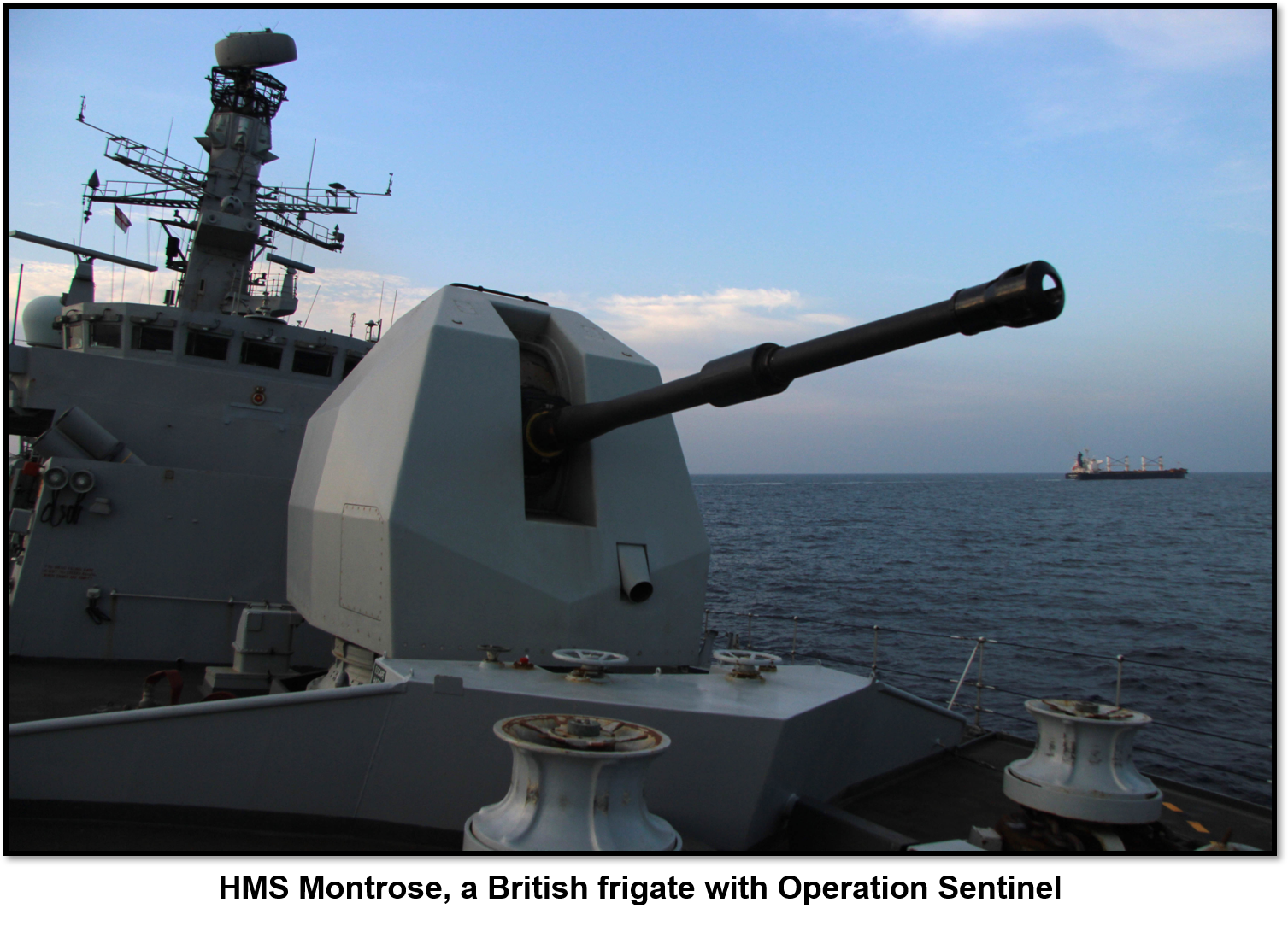 Most of the ships assigned to Operation Sentinel are involved in maritime security operations, patrolling, monitoring traffic in busy regional sea lanes and maritime chokepoints and rendering assistance to civilian mariners when requested. From time to time, they may be called on to perform additional duties, such as escorting ships.

Given that the ships’ primary mission is patrolling and they have a lot of area to cover, they usually do not operate in close proximity to one another. The leadership of Operation Sentinel’s task force rotates among contributing members. As of August 2020, it was led by British Commodore Robert Bellfield.

Does the United States have more ships in the Gulf due to its participation in the coalition? About how many vessels would normally be deployed as part of the U.S. 5th Fleet and Combined Maritime Forces? Are there enough vessels to cover the entire Gulf?

The U.S. Navy and Coast Guard actually average less ships in the region now than they did in previous years, especially the period between 2005 and 2015, when U.S. forces were dealing with the conflicts in Iraq and Afghanistan and confronting multiple threats across the region. The Navy briefly “surged” two carrier strike groups to the region to deter Iranian aggression earlier in 2020, but the numbers have come back down since then. 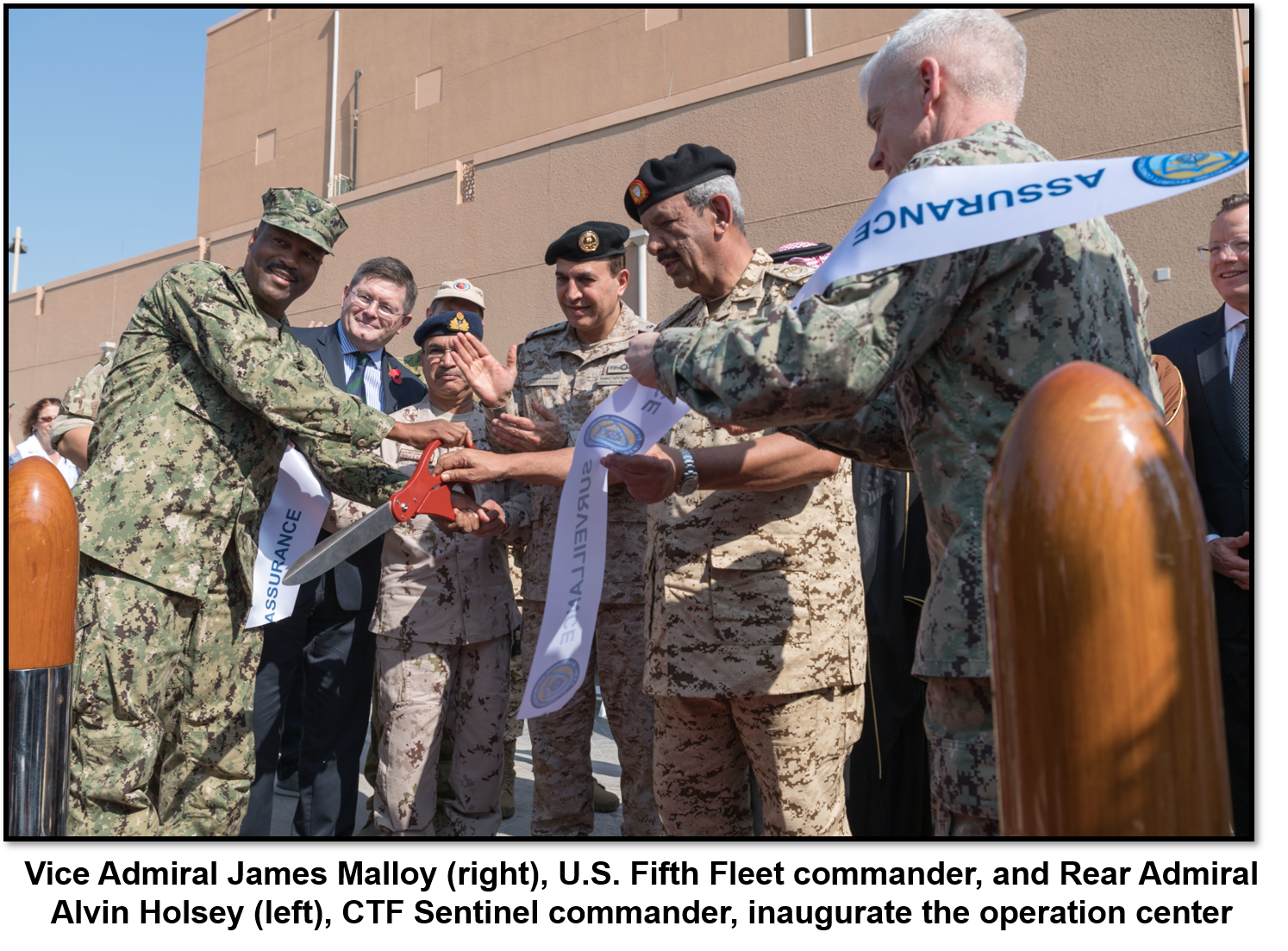 The exact number and type of ships varies from day to day, as they “chop in” from other neighboring geographic commands. Like those of other coalition members, U.S. Navy ships typically operate under different hats. Sometimes, they are working for Coalition Task Force (CTF) Sentinel, sometimes they are operating as part of NAVCENT’s Combined Maritime Task Force (CMF), and sometimes they conduct missions on a unilateral basis, in support of national tasking.

The United States, working with its coalition partners, probably has enough vessels to cover the entire Gulf, at least under the current circumstances. If the situation in the Gulf were to escalate, however, additional forces would probably need to be surged.

How does Operation Sentinel compare to the European-led Maritime Awareness in the Strait of Hormuz (EMASOH) initiative? What are their different (or similar) functions?

The two initiatives have similar functions—that is, to ensure freedom of navigation and reduce tensions in the maritime domain. While EMASOH is a purely European construct, and operates independent of Operation Sentinel, its mission is complimentary. Both efforts are working toward a common goal, although their operations are not coordinated in any way.

Have the Iranians tested the waters – literally and militarily? Has the presence of more U.S. and coalition ships reduced the number of tense encounters with Iran at sea?

The Iranians have tested the waters, most notably in April 2020, when dozens of small IRGC naval vessels engaged in unsafe and unprofessional maneuvers around U.S. Navy and Coast Guard ships. There have been other incidents as well. On August 13, 2020, Iranian forces boarded and temporarily detained a tanker in the Strait of Hormuz.

But there have been no additional attacks on commercial ships in the Gulf region since 2019. This suggests that Operation Sentinel is having a positive impact in terms of deterring Iranian aggression, although other factors could also be at play.

How many ships does Iran actually have in the Gulf? Where are they located? How do the roles of the conventional navy and the Islamic Revolutionary Guard Corps (IRGC) Navy differ? What are they doing? Which navy is more confrontational or responsible for more incidents in the Gulf?

Iran operates hundreds of mostly smaller vessels in the Gulf. The country has two naval forces: the (conventional) Islamic Republic of Iran Navy (IRIN) and the Islamic Revolutionary Guard Corps Navy. The two naval forces have complimentary roles and areas of responsibility. The IRGC Navy operates predominantly inside the Persian Gulf and in the Strait of Hormuz, while the regular navy mostly operates further afield, in the Gulf of Oman, the Arabian Sea and occasionally in the Horn of Africa region. The regular Navy is a conventional naval force, composed mainly of corvettes, frigates, and larger coastal patrol craft. It also operates all of Iran’s submarines. 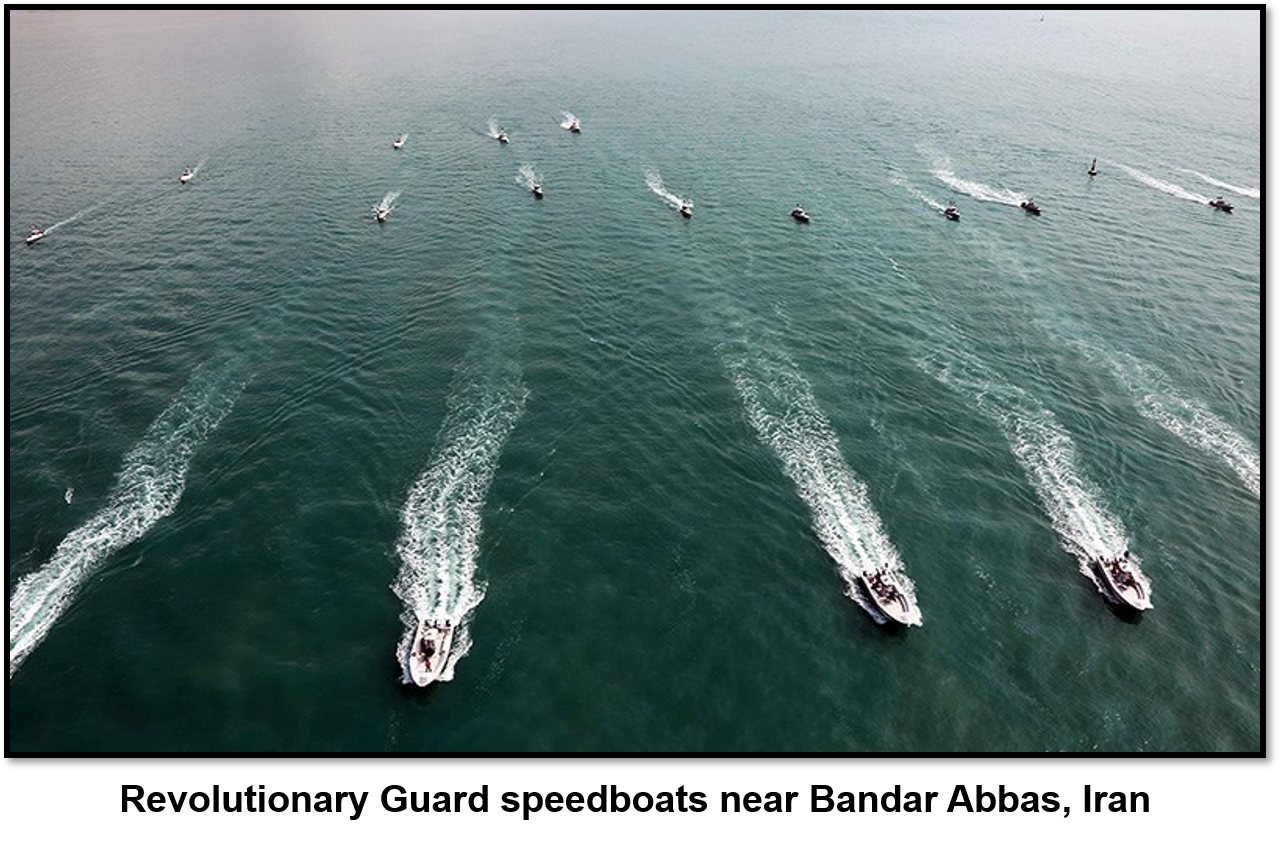 The IRGC Navy, true to its roots, operates more like a guerrilla force at sea. Its inventory consists mostly of small fast attack craft, with a limited number of guided missile patrol boats. Its vessels operate throughout the Gulf, especially around sensitive areas, such as ports, boarder areas, Iranian islands in the Gulf, and in and around the Strait of Hormuz. Of the two forces, the IRGC Navy tends to be more aggressive. It is also responsible for most of the incidents that have taken place.

Michael Connell is principle research scientist at the Center for Naval Analyses (CNA) in Arlington, Virginia, where he directs the Center’s Iranian Studies Program.