The Iranian media was transfixed by the U.S. election, with more than a dozen newspapers covering the race largely from their own ideological perspective – reformist, centrist, conservative or hardline.

Conservative and hardline papers focused on the confusion surrounding the result. "Tensions between supporters of the two candidates have intensified and plunged the country into chaos," Javan, a hardline newspaper, reported on November 7. Right-wing outlets displayed images of street violence after President Trump refused to concede. "Cheating, chaos and street war" read a front-page headline in Kayhan, the most hardline paper, on November 7.

Reformist and centrist papers instead focused on the election’s potential impact on U.S.-Iran relations. “Can Biden cause a victory for reformists in 2021?” Shargh, a reformist newspaper, asked on November 5. They grew more optimistic of a Biden win as pivotal swing states were called. "Biden is on the verge of victory in the election, after a victory in Wisconsin and Michigan and leading in Pennsylvania," Etemad, a reformist paper, reported on November 7.

Conservative and hardline newspapers also downplayed the importance of the result. Their headlines instead echoed Supreme Leader Ali Khamenei's post-election remarks on the "political, civil, & moral decline" of the United States and reflected the regime's anti-Americanism. The following are selected frontpages from Iranian newspapers. 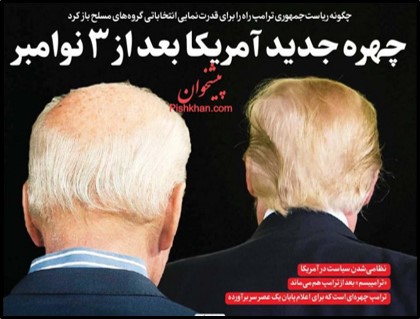 Mystery of the United States 2020

The results of the U.S. elections have still not become clear
The two competitors progress neck and neck in key states 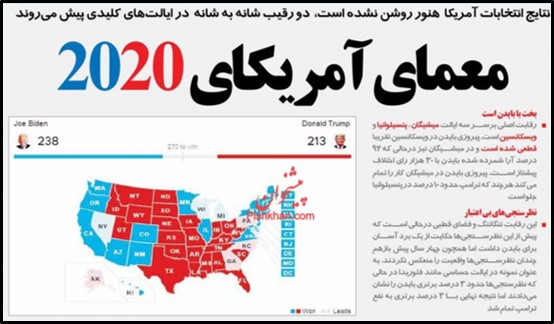 Although Biden won Wisconsin, Trump applied for a recount

Biden is one step closer to the White House 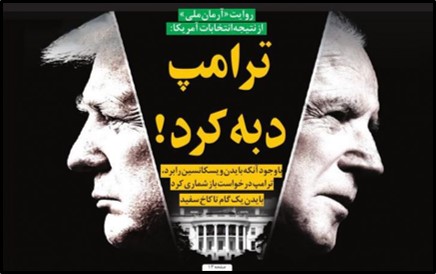 Trump spoke of an early victory, Biden called for patience

Competition for the U.S. Senate majority tied to the presidential election 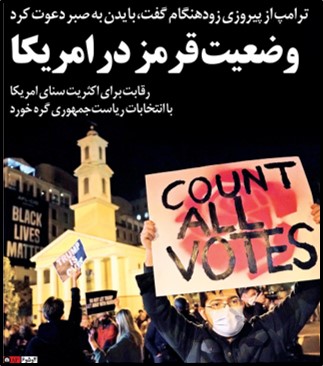 Key to the White House in Mail-In Votes 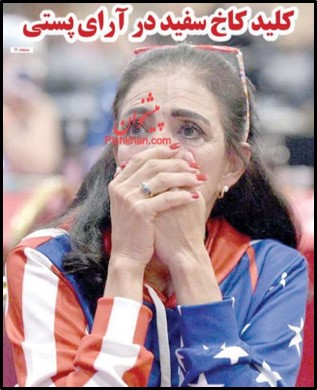 Can Biden cause a victory for reformists in 2021?

A World Without Trump 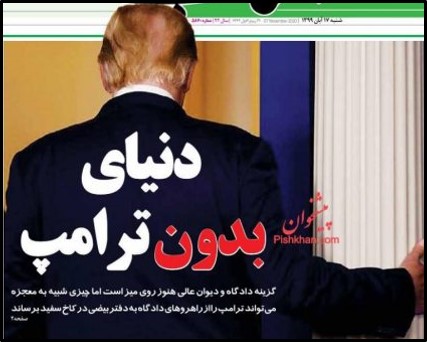 Palace of Loneliness: Early Return of Democrats to Power?

Biden's team is planning for the presidential transition 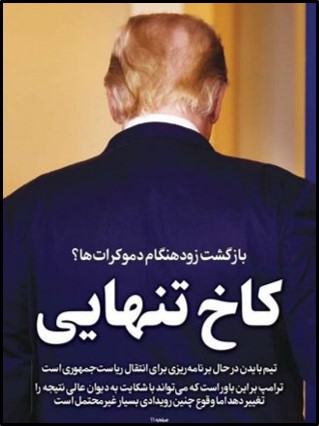 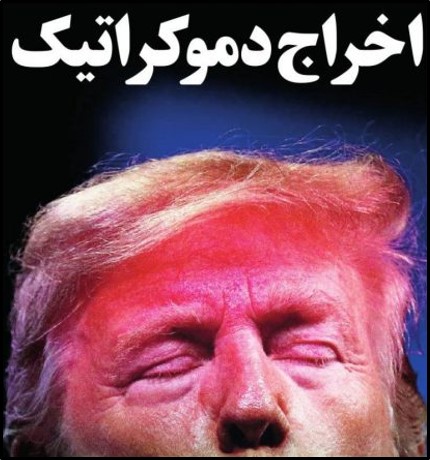 Will mail-in votes change the outcome of the U.S. elections? 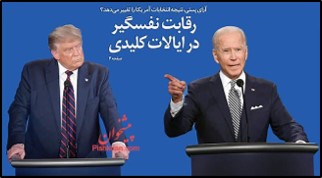 Close Competition Despite the Polls 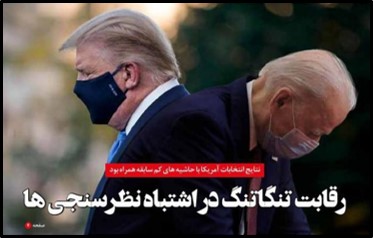 The U.S. presidential elections, regardless of the outcome, are a big surprise 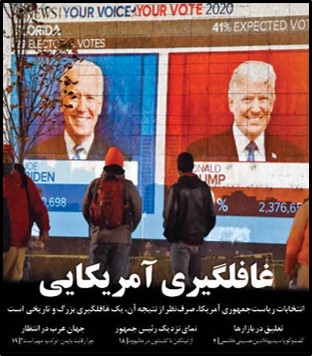 The Future of Trumpism 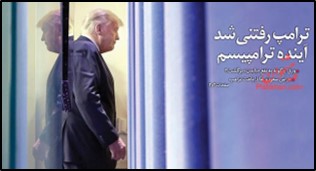 Blue Transformation in the White House

Joe Biden outperforms Trump in a complicated and breathtaking competition 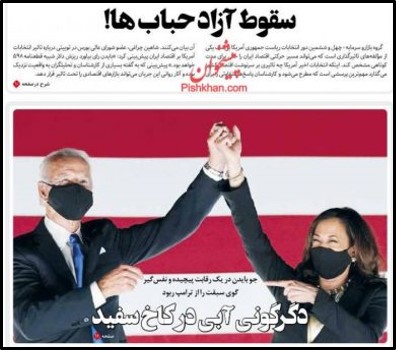 The U.S. presidential election results until now show that
Donald Trump will accept defeat and leave the White House 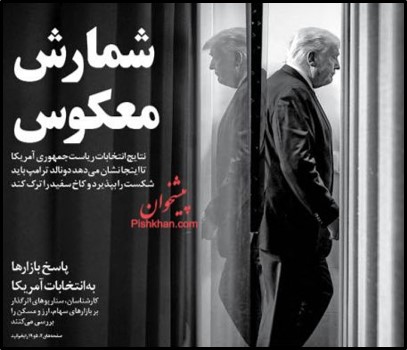 The Fragile States [of America]

Biden and Trump's close competition in the U.S. elections has reached a dispute over votes 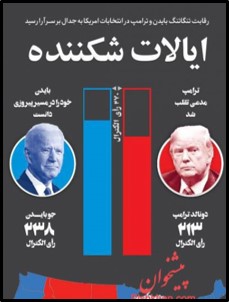 Rouhani: For us, it's not important who gets elected in the United States 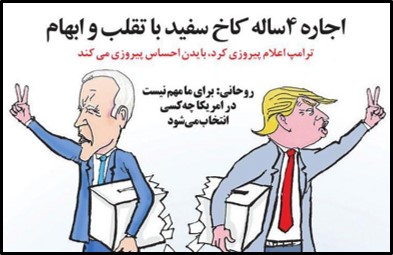 Post-election protests and accusations intensified in the United States 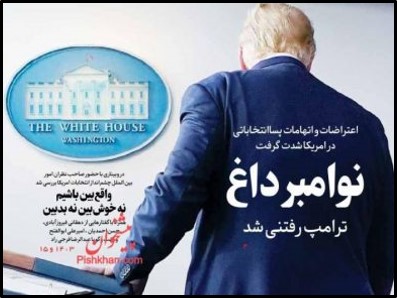 End of Elections, Beginning of Tensions

Challenging the U.S. presidential elections, tensions between
supporters of the two candidates have intensified and plunged the country into chaos 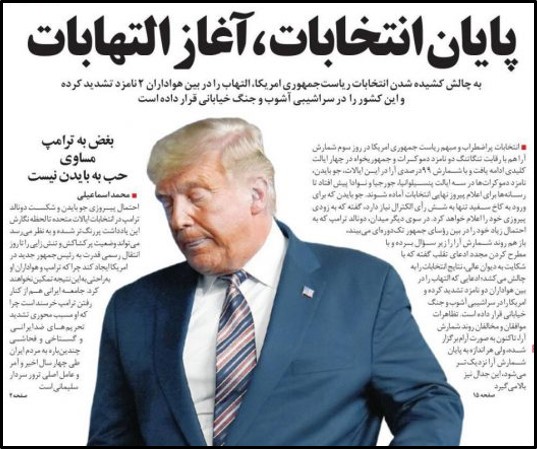 Trump's Heavy Defeat: United States on the Verge of Chaos 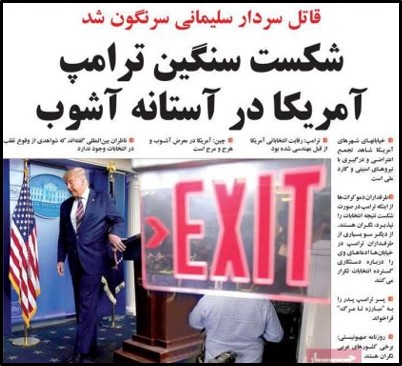 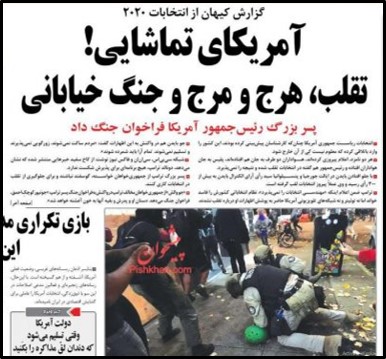