Iranian newspapers from across the political spectrum – reformist, centrist, conservative and hardline – closely tracked the results of the 2020 U.S. presidential election. The papers differed in their coverage based on their ideological leaning. Reformist and centrist outlets covered former Vice President Joe Biden’s projected victory as a major turning point in U.S.-Iran relations. “America’s New Chapter” read a front-page headline in Aftab-e Yazd, a reformist newspaper, on November 8.

Conservative and hardline papers focused instead on President Donald Trump’s refusal to concede the election and his claims of widespread voter fraud. “Graveyard of Democracy” read a front-page headline in Vatan-e Emrooz, a conservative paper, on November 8. Right-wing papers were more skeptical about improved relations with the United States under a Biden presidency. “U.S. democratic presidents have had the most enmity with Iran,” reported Javan, a hardline newspaper, on November 9.

The newspapers also speculated on the potential makeup of Biden’s potential cabinet. Shargh, a reformist paper, reported on four women in the running for cabinet positions. They included former Undersecretary of State Wendy Sherman, who negotiated the 2015 Iran nuclear deal, former National Security Adviser Susan Rice, former Undersecretary of Defense Michèle Flournoy and Lael Brainard, member of the Federal Reserve's Board of Governors. 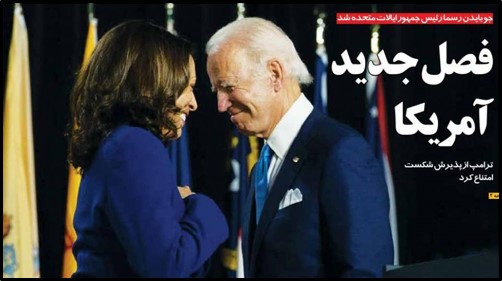 With the official announcement of Biden as president-elect,
the White House is waiting for Trump to leave 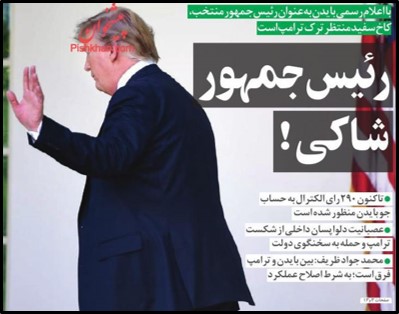 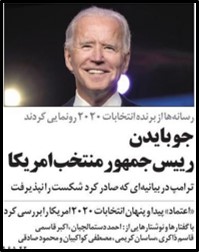 Biden won with the announcement of votes in Pennsylvania and Nevada.
Biden has promised to restore the United States' relationship with its allies 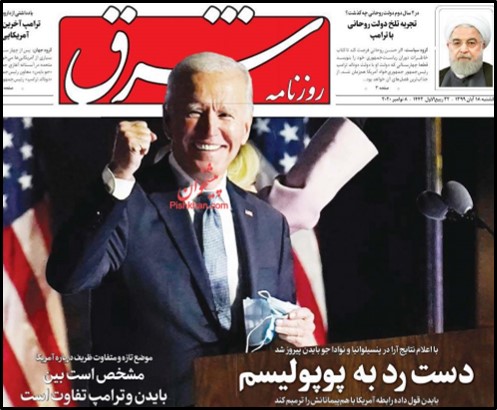 Why Biden's Cabinet is Important 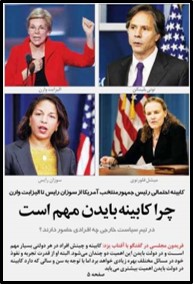 "Team of Rivals" in Biden Administration

First media speculations on the line-up of the next U.S. administration 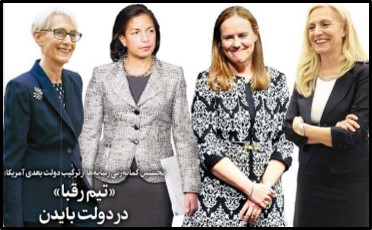 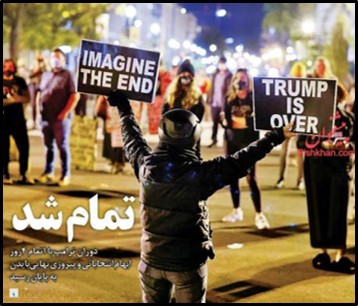 The United States Changed its Mask 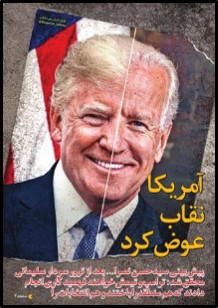 For the World, the Region and Iran: What's on Biden's Mind? 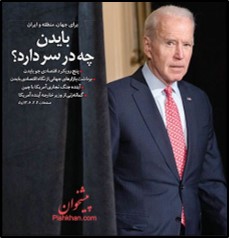 Biden's editorial on CNN and his vice president's statements
show that Trump's "maximum pressure" will turn into "intelligent pressure." 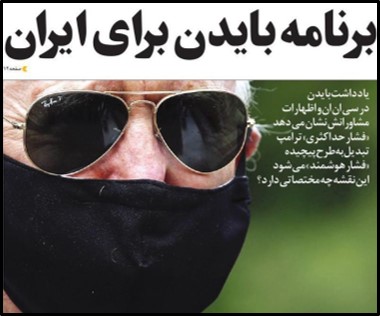 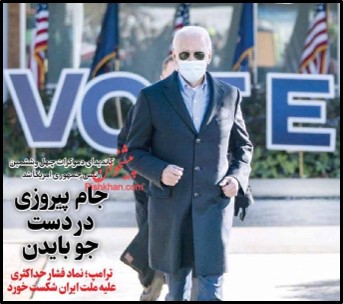 Killer of Qassem Soleimani and Agent of Maximum Pressure Thrown Out 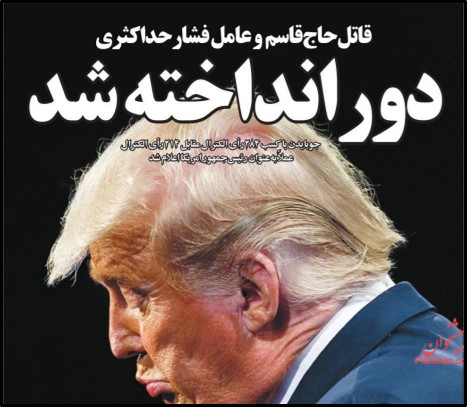 Overall, U.S. democratic presidents have had the most enmity with Iran 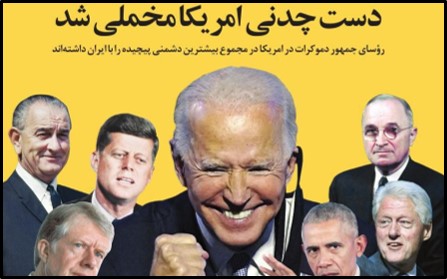