News Digest: Week of May 25

Health: Iran’s Ministry of Health reported 137,724 cases of COVID-19, including 7,451 deaths. President Rouhani announced the country's fourth phase of COVID-19 containment. “In this stage, we will proceed with diagnosis activities using diagnostic kits and other devices to separate the infected people from others,” he said.

Health/Religion: Iran reopened holy sites, including the Imam Reza shrine in Mashhad, Fatima Masumeh and Jamkaran mosque in Qom and Shah Abdol-Azim shrine in Tehran, after more than a two-month closure due to coronavirus. Worshippers were required to wear masks, walk through a disinfection tunnel and have their temperatures checked before entering. The shrines would only be opened to the public for six hours each day.

Economics: The Fortune, the first of five Iranian tankers ferrying a shipment of gasoline to Venezuela, docked at a port serving El Palito refinery. Tareck El Aissami, Venezuela’s oil minister, called the Fortune “a symbol of the brotherhood and solidarity” between the two countries and thanked Iran for the shipment of “fuel, additives and spare parts.” The Forest, a second Iranian tanker, reached Venezuelan waters, according to Venezuelan state media.

Health: Iran recorded 139,511 infections and 7,508 deaths from coronavirus. Health Ministry spokesman Kianoosh Jahanpoor reported that the rate of cases in the southwestern province of Khuzestan was still critical.

Health/Economics: The Ministry of Health permitted high-risk businesses -- including restaurants, cafes, gyms, saunas and wedding halls -- to reopen across the country. Restaurants were required to ensure a distance of two meters (about 6.5 feet) between all patrons and could only allow 50 percent of capacity.

Health: Iran reported 141,591 and 7,564 deaths from COVID-19. Health Ministry spokesman Kianoush Jahanpour said that 111,176 Iranians had recovered from the virus.

Economics: The Forest moored at Venezuela’s second-largest refinery, Cardon, in the west. The third Iranian tanker, the Petunia, arrived in Venezuelan waters. President Maduro said that he would announce a plan for distribution of the fuel in the coming days.

Politics: Iran’s new parliament, elected in February, held its first session amid the COVID-19 pandemic. All 268 members of parliament who attended had tested negative for the virus, according to state media. Lawmakers were required to follow health protocols and social distancing rules, but many did not wear masks. Some huddled close together to take selfies. Supreme Leader Ayatollah Ali Khamenei called on lawmakers to focus on solving the country’s economic problems and improving the lives of the poor. 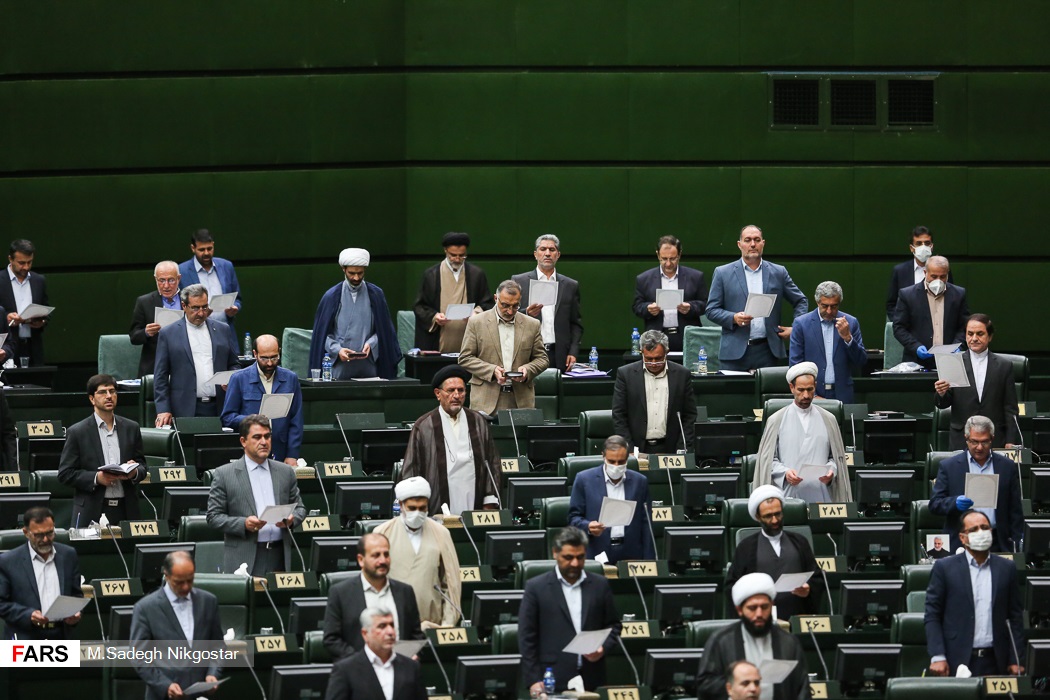 Lawmakers gathered for the first session

Health: Iran’s Ministry of Health reported 146,668 cases and 7,677 deaths from coronavirus. It was the highest spike in new cases in over a month.

Economics: U.S. Special Representative to Venezuela Elliott Abrams warned foreign countries and companies that aiding Iran's fuel shipment to Venezuela could result in U.S. sanctions. Abrams said that it would be "a very dangerous transaction." He added that the United States had sent the warning to ship owners, ship captains, ship insurers and ports between Iran and Venezuela.