On April 17, Iran celebrated National Army Day in a parade showcasing medical equipment used in the fight against COVID-19 instead of the tanks, missiles and warplanes usually put on display. The parade—dubbed “Defenders of the Homeland, Helpers of Health”—featured troops dressed in hazmat gear, trucks with mobile hospitals, four-wheelers equipped with stretchers, and vehicles used to disinfect public facilities. It was held at a military training facility in Tehran in front of senior commanders. The event highlighted the role that the military has played in combating the new coronavirus. Similar medical parades were held in 24 other provincial capitals.

Major General Abdolrahim Mousavi, the commander-in-chief of Iran’s army, thanked the more than 11,000 military medical officers deployed to stem the spread of the virus in 49 Iranian cities. After the parade, the convoys of military vehicles were immediately dispatched to disinfect streets and distribute aid packages.

President Hassan Rouhani praised the military’s response to the coronavirus. “Due to health and social protocols, it is not possible to hold a parade of soldiers,” he said in a message to the military. “The enemy now is hidden and doctors and nurses are at the frontlines of the battlefield.  Our army is not a symbol of militarism but a manifestation of supporting the nation and upholding its national interests.” 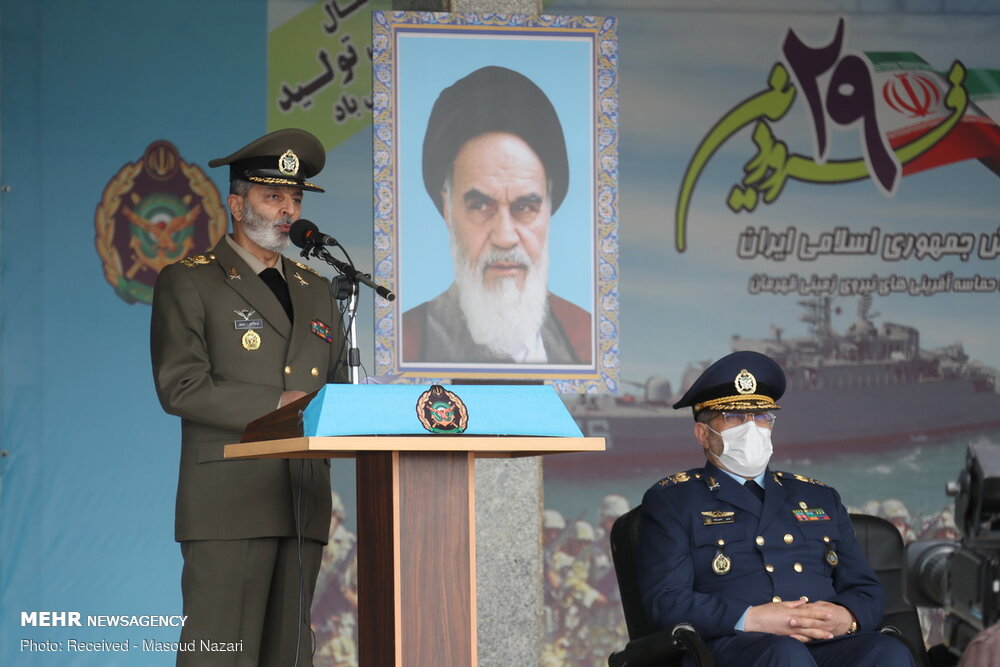 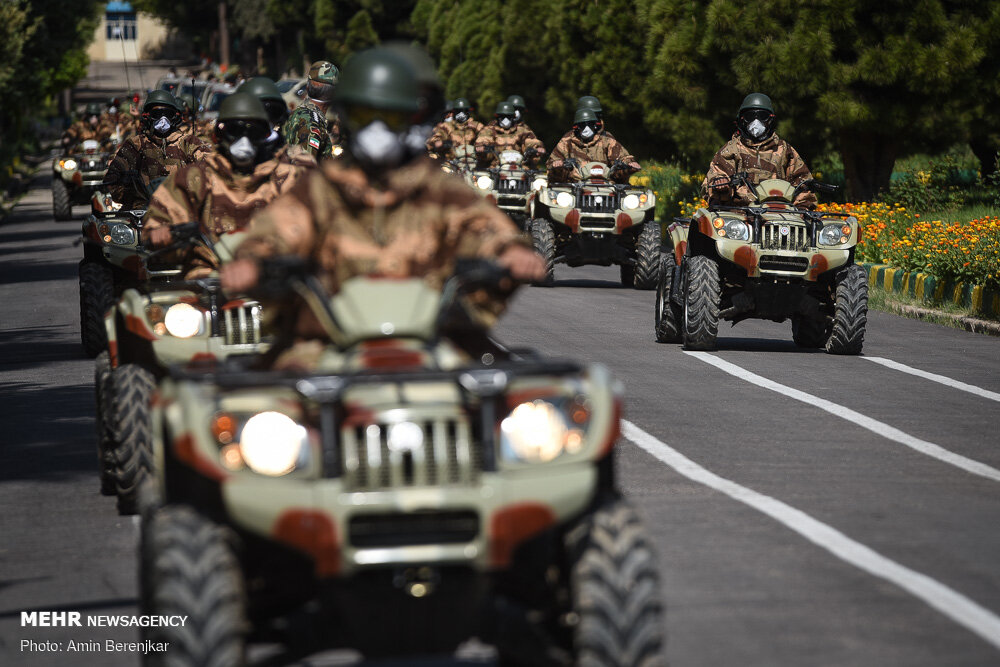 Masked soldiers on parade in Tehran 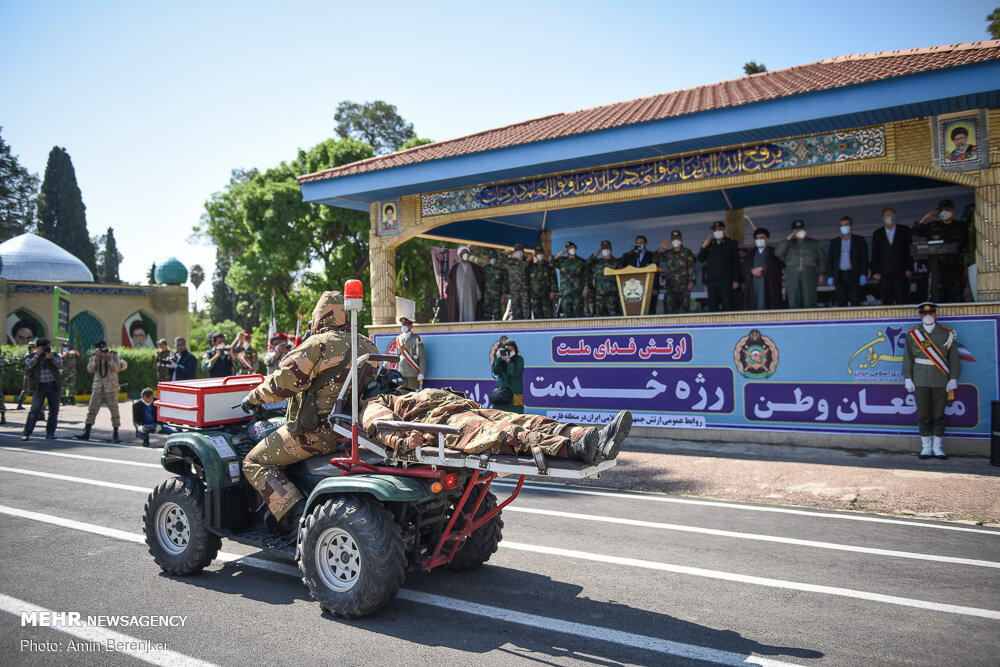 In lieu of ambulance, a four-wheeler is used to transport patients Soldiers in hazmat suits on parade on motorized bikes

A semi converted into a mobile hospital 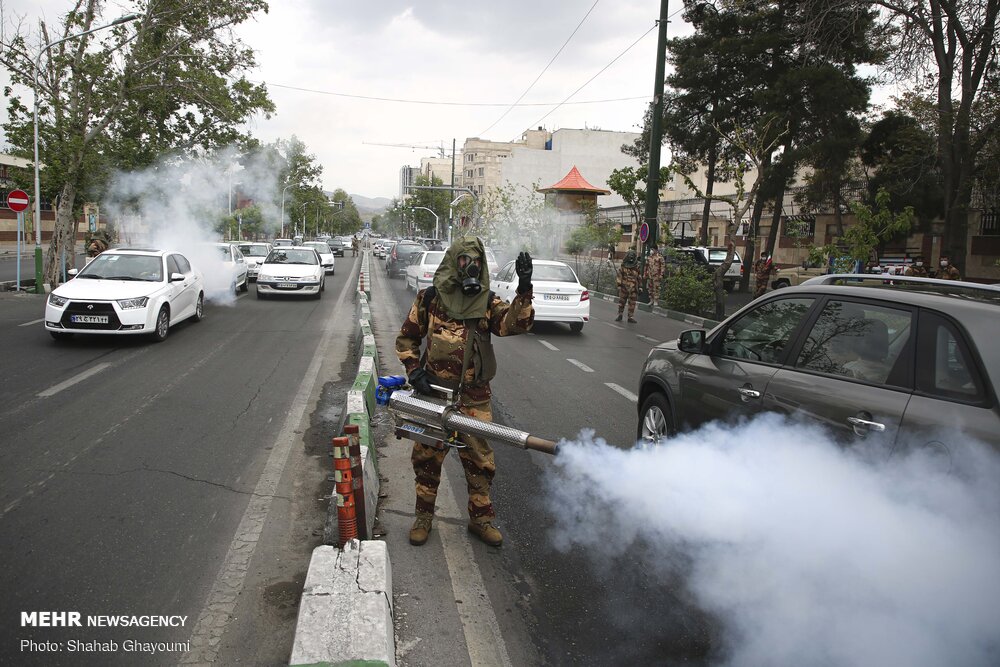 Soldiers disinfected streets after the parade