On March 12, Iranian Foreign Minister Mohammad Javad Zarif urged the United Nations to demand that the United States lift sanctions on Iran. In a letter to U.N. Secretary General Antonio Guterres, Zarif alleged that the U.S. “maximum pressure” campaign was hampering Iran’s ability to cope with the COVID-19 coronavirus. By March 12, Iran reported 10,075 cases and 429 deaths. “Although our medical facilities, doctors, nurses and other health practitioners are among the very finest in the world, we are stymied in our efforts to identify and treat our patients; in combatting the spread of the virus; and, ultimately, in defeating it, by the campaign of economic terrorism perpetrated by the Government of the United States,” Zarif wrote. He added that U.S. secondary sanctions made the import of medicine and medical equipment “nonviable.”

But on February 27, the United States, granted a license allowing foreign companies to conduct certain humanitarian transactions with Iran's central bank, which was sanctioned by the United States in 2019. One day later, Secretary of State Mike Pompeo offered humanitarian aid. “This offer of support to the Iranian people, which has been formally conveyed to Iran through the Government of Switzerland, underscores our ongoing commitment to address health crises and prevent the spread of infectious diseases,” he said. The following is the full text of Zarif’s letter to Guterres. 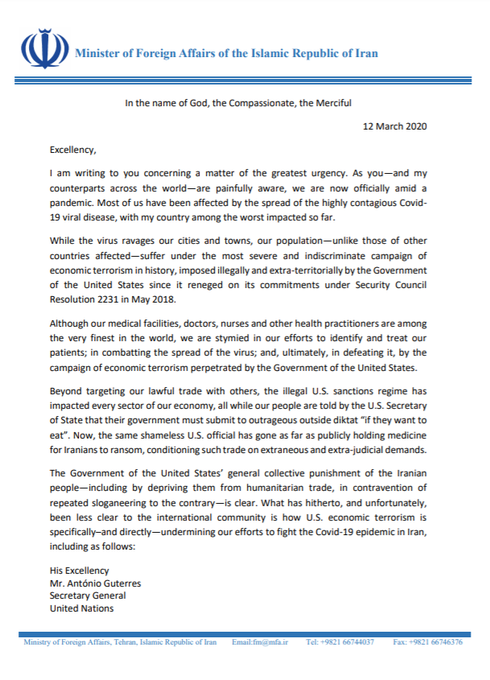 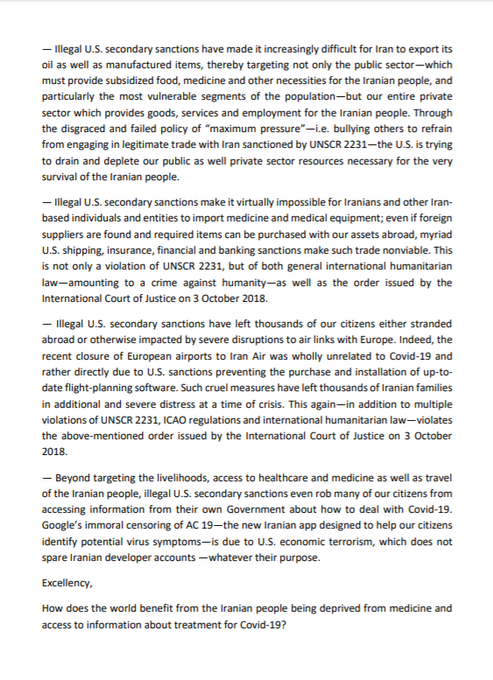 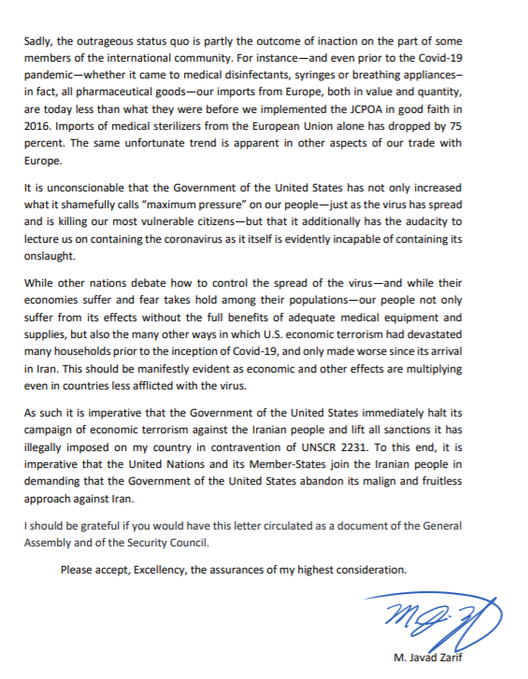