On January 23, the U.S. Treasury Department designated four companies accused of purchasing Iranian oil and petrochemical products in violation of U.S. sanctions. Two companies based in Hong Kong, one company based in Shanghai and another company based in Dubai allegedly helped Iran’s state-owned oil company export millions of dollars’ worth of petroleum products. The United States also sanctioned Ali Bayandrian, who is linked to Hong Kong-based Triliance Petroleum, and Zhiqing Wang, who has ties to Shandong Oiwangwa. “Iran’s petrochemical and petroleum sectors are primary sources of funding for the Iranian regime’s global terrorist activities and enable its persistent use of violence against its own people,” said Treasury Secretary Steven Mnuchin. The following are press releases from the Treasury and the State Department. 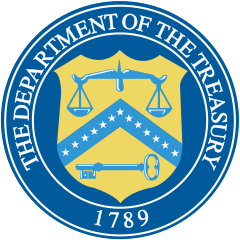 Today, the U.S. Department of the Treasury’s Office of Foreign Assets Control (OFAC) took action against four international petrochemical and petroleum companies that have collectively transferred the equivalent of hundreds of millions of dollars’ worth of exports from the National Iranian Oil Company (NIOC), an entity instrumental in Iran’s petroleum and petrochemical industries, which helps to finance Iran’s Islamic Revolutionary Guard Corps-Qods Force (IRGC-QF) and its terrorist proxies. Iran’s petroleum and petrochemical industries are major sources of revenue for the Iranian regime and funds its malign activities throughout the Middle East. The entities targeted today facilitate Iran’s petrochemical and petroleum exports in contravention of U.S. economic sanctions.

“Iran’s petrochemical and petroleum sectors are primary sources of funding for the Iranian regime’s global terrorist activities and enable its persistent use of violence against its own people,” said Secretary Steven T. Mnuchin.

In 2019, Triliance ordered the transfer of the equivalent of millions of dollars to NIOC as payment for Iranian petrochemicals, crude oil, and petroleum products shipped to the United Arab Emirates and China after the expiration of any applicable significant reduction exceptions.  In facilitating these shipments, Triliance worked to conceal the Iranian origin of these products.  Triliance has also facilitated the sale of millions of dollars’ worth of petroleum products involving Naftiran Intertrade Company, a subsidiary of NIOC, to companies in China.

Similarly, in 2019, Hong Kong-based Sage Energy HK Limited (Sage Energy) and Shanghai-based Peakview Industry Co. Limited (Peakview) each ordered the transfer of the equivalent of millions of dollars to NIOC for exports after the expiration of any applicable significant reduction exceptions.

In 2019, Dubai-based Beneathco DMCC also ordered the transfer of the equivalent of several million dollars to NIOC.  In late 2018, Beneathco DMCC offered to assist NIOC in hiding the origin of Iranian products destined for the United Arab Emirates.

Triliance, Sage Energy, Peakview, and Beneathco DMCC are all designated pursuant to E.O 13846 for on or after November 5, 2018, having materially assisted, sponsored, or provided financial, material, or technological support for, or goods or services in support of, NIOC, a person included on the List of Specially Designated Nationals and Blocked Persons whose property and interests in property are blocked pursuant to E.O. 13599.

All property and interests in property of these persons designated today subject to U.S. jurisdiction are blocked, and U.S persons are generally prohibited from engaging in transactions with them.  In addition, foreign financial institutions that knowingly facilitate significant transactions for, or persons that provide material or certain other support to, the persons designated today risk exposure to sanctions that could sever their access to the U.S. financial system or block their property and interests in property under U.S. jurisdiction.

Today, the United States is taking new steps as part of our maximum economic pressure campaign to deny the Iranian regime all sources of revenue to fund its destabilizing activities.  The Department of State is imposing sanctions on Chinese company Shandong Qiwangda Petrochemical Co. Ltd., Hong Kong-based Triliance Petrochemical, and Hong Kong entity Jiaxiang Industry Hong Kong Limited for knowingly engaging in a significant transaction for the purchase, acquisition, sale, or transport of petrochemical products from Iran, pursuant to Executive Order (E.O.) 13846.  We are also imposing sanctions on two of the executive officers of the companies identified above, Ali Bayandarian, managing director of Triliance Petrochemical, and Zhiqing Wang, chairman and legal representative of Shandong Qiwangda Petrochemical Co., Ltd.

In addition to these actions, the Department of the Treasury is also designating Triliance Petrochemical, Hong Kong entity Sage Energy HK Limited, Chinese entity Peakview Industry Co., and UAE entity Beneathco DMCC, for assisting or supporting the previously sanctioned National Iranian Oil Company (NIOC), pursuant to E.O. 13846.  These entities have collectively transferred hundreds of millions of dollars to NIOC, which has been instrumental in financing Iran’s Islamic Revolutionary Guard Corps-Qods Force (IRGC-QF) and the terrorist groups and militias around the Middle East that it supports.

The entities targeted today continued to facilitate Iran’s petrochemical and petroleum exports contrary to U.S. sanctions.  All entities and individuals in the petrochemical sector should take notice. The United States will not waver in its commitment to sanctions enforcement.  As long as the Iranian regime continues to exploit revenue from its petroleum and petrochemical industries to fund destabilizing activities, we will sanction any entity or individual that facilitates such trade.  The Iranian regime must cease its destabilizing activities or it will continue to face even greater economic pressure and diplomatic isolation.  Our sanctions will remain in place until Iran changes its behavior.  We will continue to expose the regime’s malign activities, self-dealing, and outright oppression.