On December 15, the State Department designated Saraya al Mukhtar, a Bahrain-based militia with ties to Iran, as a terrorist organization. Saraya al Mukhtar “plotted attacks against U.S. personnel in Bahrain and has offered cash rewards for the assassination of Bahraini officials,” Secretary of State Mike Pompeo said. It also allegedly received financial and logistic support from Iran’s Islamic Revolutionary Guard Corps. Saraya al Mukhtar’s goal is to overthrow the monarchy. The listing cut off Saraya al Mukhtar from the U.S. financial system and banned U.S. citizens from dealing with it. 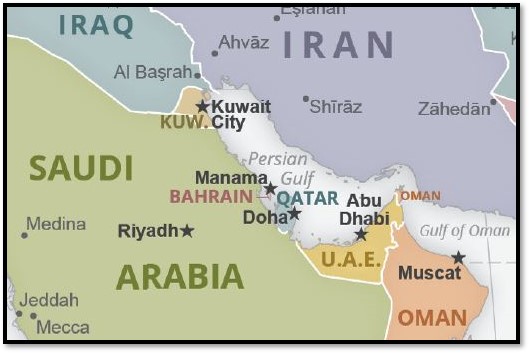 For decades, Iran has supported for several Shiite dissident groups in Bahrain. The small country off the coast of Saudi Arabia is ruled by a Sunni monarchy, but the majority of its population is Shiite. A minority of Bahraini Shiites are ethnic Persians known as Ajam.

In 2018, the State Department designated another Bahraini group, the al Ashtar Brigades, as a Foreign Terrorist Organization and alleged that it was sponsored by Iran. The following is a statement by Pompeo on the new designation.

Today, the Department of State has designated the Saraya al-Mukhtar group as a Specially Designated Global Terrorist pursuant to Executive Order 13224 for posing a significant risk of committing acts of terrorism that threaten the national security and foreign policy of the United States.

Saraya al-Mukhtar is an Iran-backed terrorist organization based in Bahrain, reportedly receiving financial and logistic support from Iran’s Islamic Revolutionary Guard Corps. Saraya al-Mukhtar’s self-described goal is to depose the Bahraini government with the intention of paving the way for Iran to exert greater influence in Bahrain. The group has plotted attacks against U.S. personnel in Bahrain and has offered cash rewards for the assassination of Bahraini officials.

This designation seeks to deny Saraya al-Mukhtar the resources to commit acts of terrorism. Among other consequences, all of the group’s property and interests in property that are in the United States, that hereafter come within the United States, or hereafter come within the possession or control of U.S. persons, are blocked, and U.S. persons are generally prohibited from engaging in any transactions with it.

This action notifies the U.S. public and the international community that Saraya al-Mukhtar poses a significant risk of committing acts of terrorism. Designations of terrorist organizations expose and isolate them and deny them access to the U.S. financial system. Moreover, designations can assist the law enforcement actions of other U.S. agencies and governments.