The Iranian media expressed outraged at the assassination of Mohsen Fakhrizadeh, a leading nuclear scientist. Newspapers from across the political spectrum – reformist, centrist, conservative and hardline – published front-page photos of his bullet-riddled car and funeral casket.

Conservative and hardline papers blamed Israel for Fakhrizadeh's murder and demanded immediate retribution. “If we don’t hit them, they hit us,” Vatan-e Emrooz, a conservative paper, warned on November 28. They highlighted Supreme Leader Ali Khamenei’s pledge of “definitive punishment” for the perpetrators. Kayhan, the most hardline paper, published an editorial calling for strikes on the port city of Haifa, if Israel were found responsible. “An Eye for an Eye: Zionists Must Prepare Themselves,” read a Kayhan headline on November 28.

Reformist and centrist papers published tributes to Fakhrizadeh’s achievements and pledged to honor his legacy. “Continuing Fakhrizadeh’s Scientific Efforts,” Ettela'at, a centrist paper, reported on November 29. They also highlighted remarks by President Rouhani that Iran would respond at an “appropriate time" rather than immediately.

If We Don't Hit Them, They Hit Us 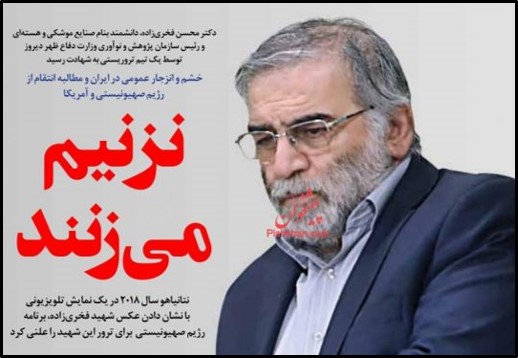 An Eye for an Eye: Zionists Must Prepare Themselves 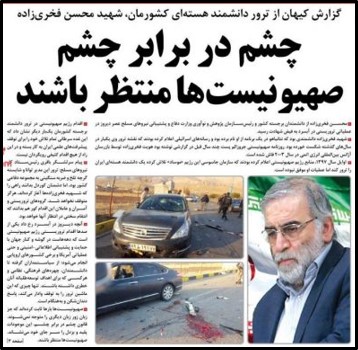 Supreme Leader Orders Punishment
of the Perpetrators of the Assassination 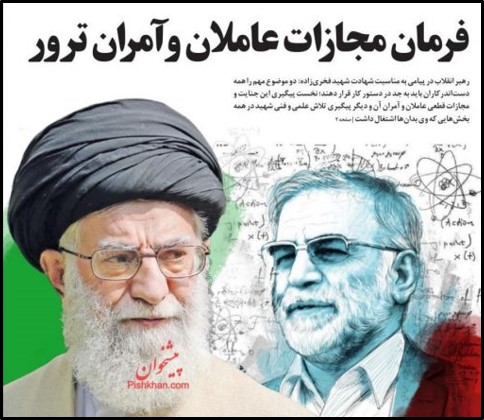 We must not signal: Rouhani’s meaningful response to
Mohsen Fakhrizadeh’s assassination 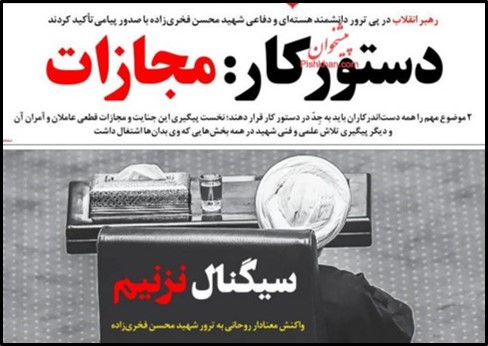 Assassination of an Iranian Scientist

Foreign Minister: This cowardly operation – with obvious signs of Israel’s
hand in it – demonstrates the desperate warmongering of the perpetrators 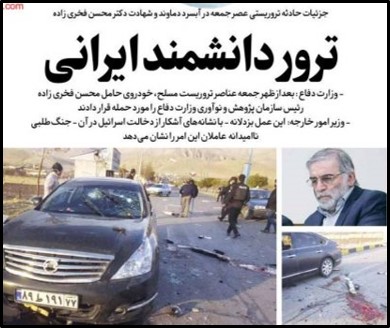 Yet Another Assassination of a Scientist 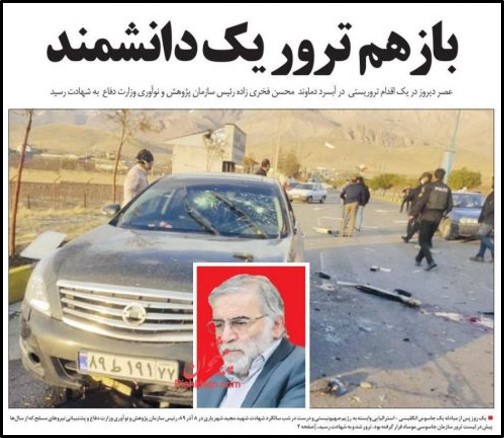 The Supreme Leader’s Message Following Mohsen Fakhrizadeh’s Martyrdom:
Definitive Punishment of the Perpetrators of this Crime Must Be Pursued

Timely Response: Iran Unanimous Against the Assassination of Mohsen Fakhrizadeh 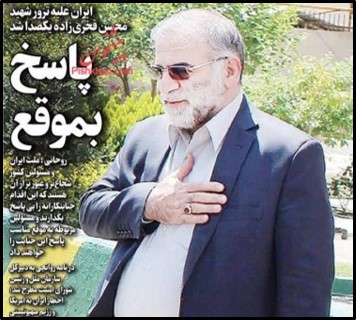 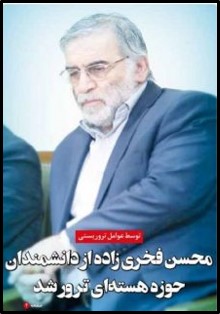 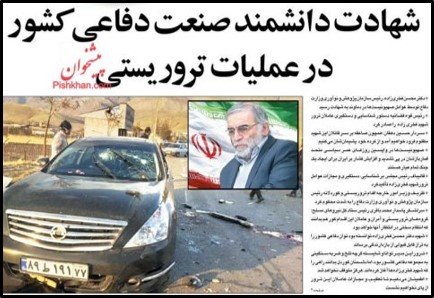 Widespread Reactions to Fakhrizadeh's Assassination: How Will Iran Respond?

From Responding in Appropriate Time to National Solidarity 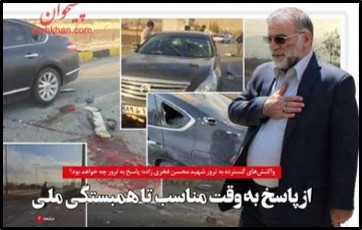 Definitive Punishment of the Perpetrators
and Continuing Fakhrizadeh's Scientific Efforts 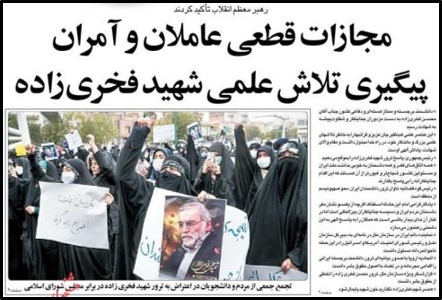 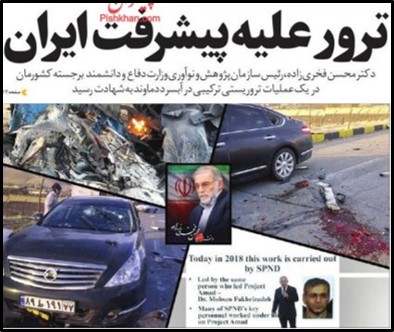 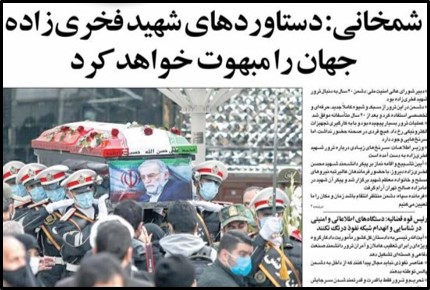 Trap of Tensions: Assassination of Yet Another Nuclear Scientist 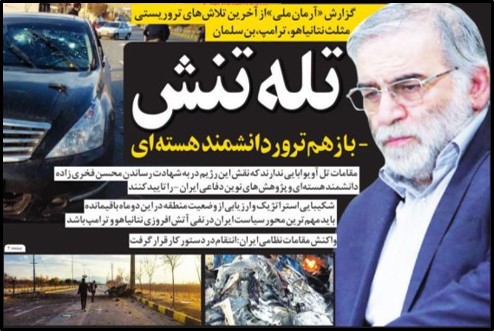 Report on an Assassination 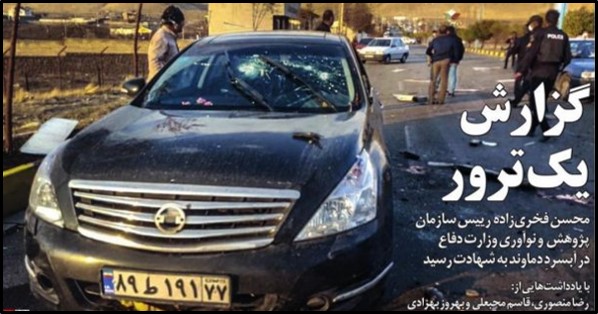 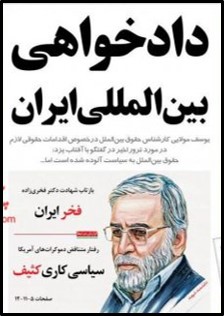 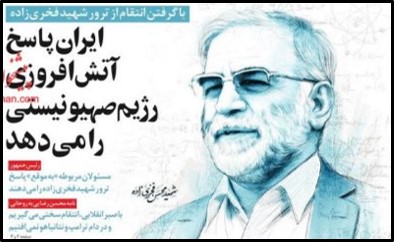 Netanyahu and Trump's Joint Madness in the Absard Assassination 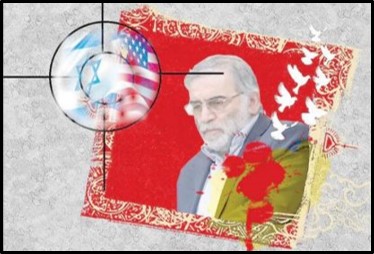