Poll: Iranian Views on the U.S. and Military Strike

On July 1, 2019, Tehran began to breach the nuclear deal brokered with the world’s six major powers in 2015. It has exceeded the agreement's limits on its nuclear program at least five times. Iran made the incremental and calibrated moves to pressure European countries to do more to offset the negative impact of U.S. sanctions, which were reimposed in November 2018. In March 2020, the U.N. nuclear watchdog found Iran had tripled its stockpile of low enriched uranium since its last quarterly report. The larger stockpile could shorten Iran’s breakout time – the time it would take to produce enough fissile material for a nuclear weapon. But the IAEA did not find evidence that Iran was taking steps toward producing a weapon. 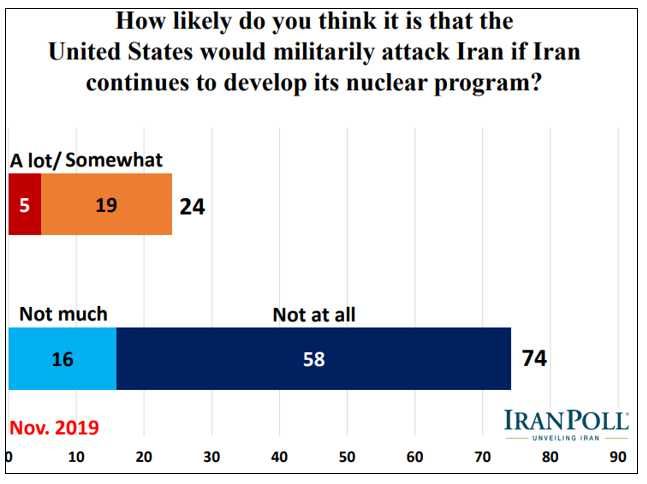 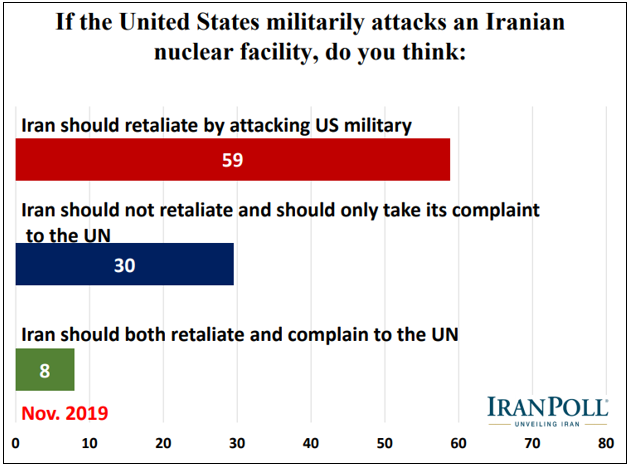 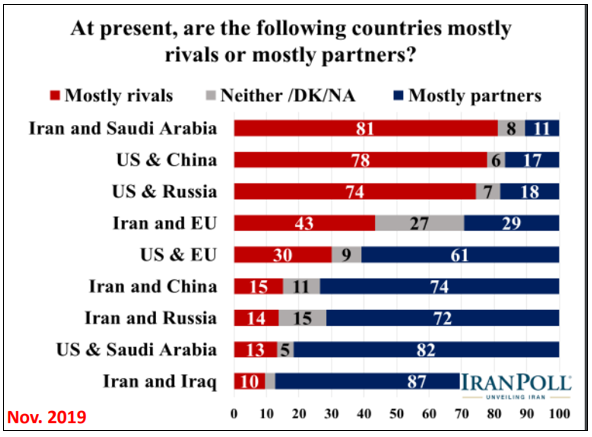 The study was part of IranPoll’s ‘State of Iran Survey Series’ utilizing standard nationally representative sampling. Telephone interviews with 2,007 Iranians were conducted in two waves from October 25 to November 2, 2019 and from December 18-22, 2019. The sampling margin of error was +/- 3.09 percent for each wave.