A simple majority of Iranians think the economy is bad and getting worse, according to a recent survey by IranPoll and The Chicago Council on Global Affairs. Among those polled, 56 percent blamed “domestic economic mismanagement and corruption” for the Islamic Republic’s economic woes, while 39 percent cited “foreign sanctions and pressures.”

Iran’s economy has deteriorated since the United States withdrew from the 2015 nuclear deal and reimposed sanctions in 2018. In May 2019, the U.S. canceled sanctions waivers that allowed Iran to sell some oil – its most important source of revenue. Iran’s exports were slashed to less than 500,000 barrels per day, an 80 percent drop from a year prior. The World Bank estimated that the economy shrank 8.7 percent in 2019. In November 2019, protests spread across Iran in response to increased fuel prices and rationing. 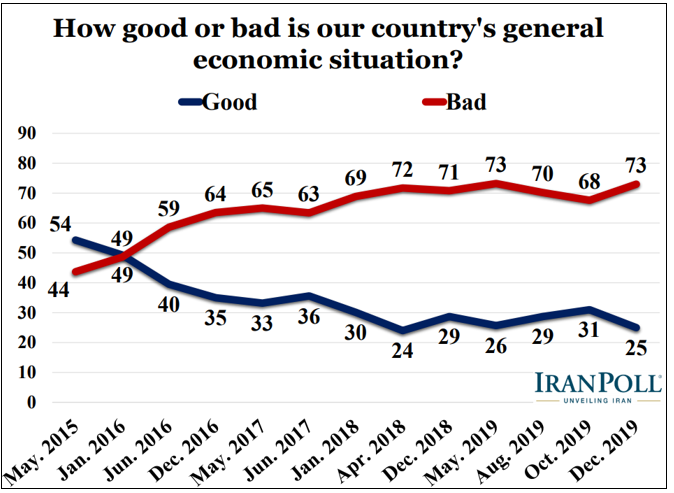 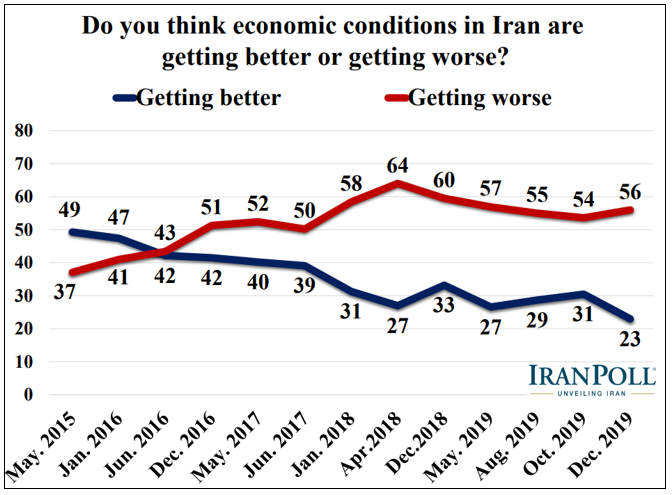 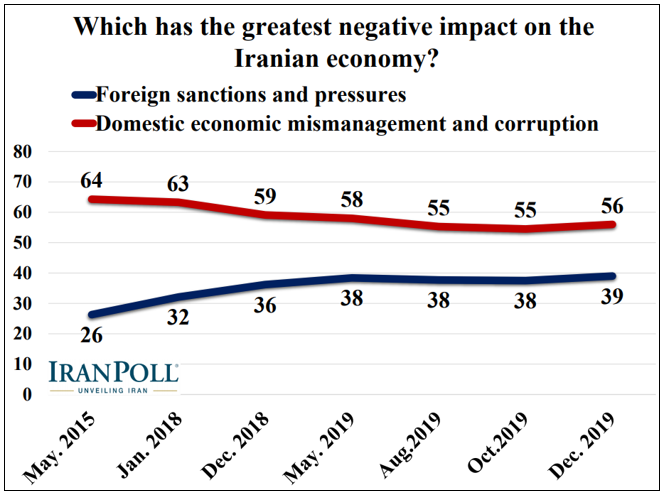 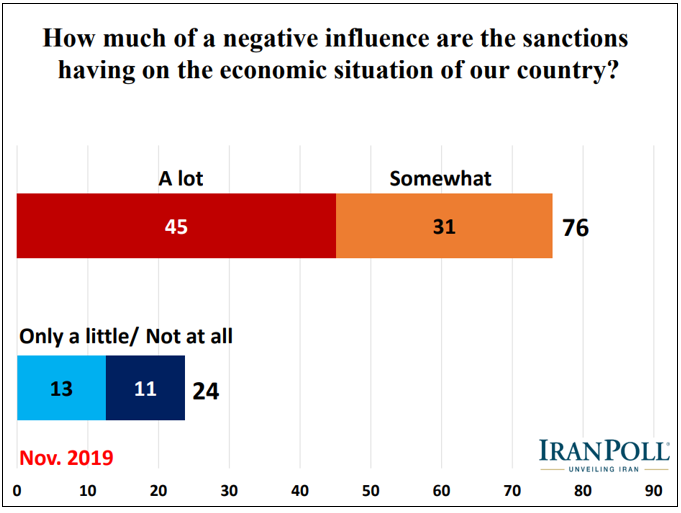 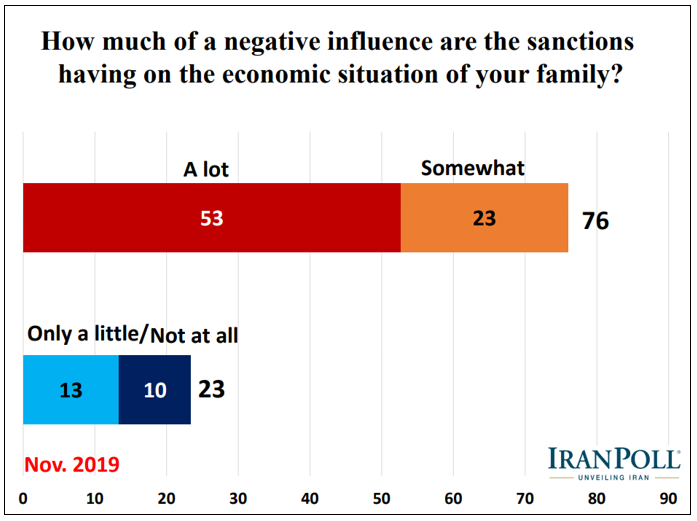 The study was part of IranPoll’s ‘State of Iran Survey Series’ utilizing standard nationally representative sampling. Telephone interviews with 2,007 Iranians were conducted in two waves from October 25 to November 2, 2019 and from December 18-22, 2019. The sampling margin of error was +/- 3.09 percent for each wave. The following are selected results on Iran’s economy.