On September 20, President Trump announced sanctions on Iran’s central bank. “We’ve never done it at this level,” he told reporters in the Oval Office. “It’s too bad what’s happening with Iran. It’s going to hell.” Trump added, “They are broke and they could solve the problem very easily. All they have to do is stop with the terror.” Trump had directed the Treasury to increase sanctions on Iran following the September 14 drone and cruise missile strike on Saudi oil facilities, which Washington blamed on Tehran. Iran denied involvement. “Attacking other nations and disrupting the global economy has a price. The regime in Tehran must be held accountable through diplomatic isolation and economic pressure,” said Secretary of State Mike Pompeo.

The United States also sanctioned the National Development Fund of Iran and Etemad Tejarate Pars Co., which allegedly conceals financial transfers for military purchases. Treasury Secretary Steven Mnuchin said the measures would cut off Tehran’s last remaining source of funds. “Iran’s Central Bank and the National Development Fund were ostensibly intended to safeguard the welfare of the Iranian people, but have been used instead by this corrupt regime to move Iran’s foreign currency reserves for terrorist proxies,” he said. The following is a press release from the Treasury and a statement by Secretary Pompeo. 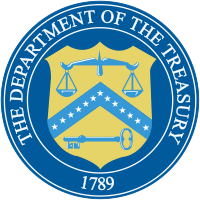 Today, the U.S. Department of the Treasury’s Office of Foreign Assets Control (OFAC) took action against the Central Bank of Iran (CBI), the National Development Fund of Iran (NDF), and Etemad Tejarate Pars Co. under its counterterrorism authority, Executive Order (E.O.) 13224.  Iran’s Central Bank has provided billions of dollars to the Islamic Revolutionary Guards Corps (IRGC), its Qods Force (IRGC-QF) and its terrorist proxy, Hizballah.  Iran’s NDF, which is Iran’s sovereign wealth fund and whose board of trustees include Iran’s president, oil minister, and the governor of the Central Bank, has been a major source of foreign currency and funding for the IRGC-QF and Iran’s Ministry of Defense and Armed Forces Logistics (MODAFL).  Etemad Tejarate Pars, also designated today, is an Iran-based company that is used to conceal financial transfers for MODAFL’s military purchases, including funds originating from the NDF.

“Iran’s brazen attack against Saudi Arabia is unacceptable.  Treasury’s action targets a crucial funding mechanism that the Iranian regime uses to support its terrorist network, including the Qods Force, Hizballah, and other militants that spread terror and destabilize the region.  The United States will continue its maximum pressure campaign against Iran’s repressive regime, which attempts to achieve its revolutionary agenda through regional aggression while squandering the country’s oil proceeds,” said Treasury Secretary Steven T. Mnuchin.  “Iran’s Central Bank and the National Development Fund were ostensibly intended to safeguard the welfare of the Iranian people, but have been used instead by this corrupt regime to move Iran’s foreign currency reserves for terrorist proxies.”

“We are putting governments on notice that they are risking the integrity of their financial systems by continuing to work with the Iranian regime’s arm of terror finance, its Central Bank,” said Sigal Mandelker, Under Secretary for Terrorism and Financial Intelligence. “We will vigorously enforce our sanctions to cut off the Iranian regime’s funding of global terrorism and its domestic oppression of the Iranian people, who are the regime’s longest suffering victims.”

Central Bank of Iran Funds the IRGC, its Qods Force and Hizballah

Since at least 2016, the IRGC-QF has received the vast majority of its foreign currency from the CBI and senior CBI officials have worked directly with the IRGC-QF to facilitate CBI’s financial support to the IRGC-QF. In 2017, the IRGC-QF oversaw the transfer of tens of millions of euros to Iraq from the CBI. Then-Governor of the CBI Valiollah Seif directed the transfer.

During 2018 and early 2019, the CBI facilitated the transfer of several billion of U.S. dollars and euros to the IRGC-QF and hundreds of millions to MODAFL from the NDF.  Additionally, millions were to be transferred to the Houthis. CBI has also coordinated with the IRGC-QF to transfer funds to Hizballah.

OFAC is designating the CBI today for having materially assisted, sponsored, or provided financial, material, or technological support for, or goods or services to, the IRGC-QF and Hizballah.

The IRGC-QF, which was designated pursuant to E.O. 13224 on October 25, 2007, is a branch of the IRGC responsible for external operations and has provided material support to numerous terrorist groups, including the Taliban, Hizballah, HAMAS, and the Palestinian Islamic Jihad, making it a key component of Iran’s destabilizing regional activities. The IRGC, including its external arm, the IRGC-QF, was designated as a Foreign Terrorist Organization on April 8, 2019.

National Development Fund: A Slush Fund for the IRGC-QF and MODAFL

According to Article 84 of the Fifth Development Plan of the Islamic Republic of Iran, the NDF was established to serve the welfare of the Iranian people by allocating revenues that originated from selling oil, gas, gas condensate, and oil products to durable wealth and productive economic investments.  However, the NDF has been used as a slush fund for the IRGC-QF, which has, for years, received hundreds of millions of dollars in cash disbursements from the NDF.

The NDF, in coordination with the CBI, provided the IRGC-QF with half a billion U.S. dollars in 2017 and hundreds of millions of dollars in 2018. Also, despite an increase in the IRGC’s overall budget for 2019, the Rouhani administration withdrew some $4.8 billion from the NDF in January 2019 to amend the budget allocated to the IRGC and the Islamic Republic of Iran Broadcasting (IRIB).

The IRIB was designated pursuant to E.O. 13628 in February 2013 for assisting or denying the free flow of information to or from the Iranian people. IRIB was implicated in censoring multiple media outlets and airing forced confessions from detainees.

During 2018 and early 2019, the CBI facilitated the transfer of hundreds of millions to both the Atomic Energy Organization and MODAFL from the NDF.  Some of the funds to be transferred via Iran-based Etemad Tejarate Pars Co. were intended to be used for military purchases.

As of early 2019, Etemad Tejarate Pars Co. planned to send tens of millions in various currencies, including euros, to Wilmington General Trading LLC in Dubai, UAE, the Embassy of the Islamic Republic of Iran in Moscow, Russia, and to companies on behalf of MODAFL.

OFAC is designating NDF for having materially assisted, sponsored, or provided financial, material, or technological support for, or goods or services to, the IRGC-QF and MODAFL.

OFAC is designating Etemad Tejarate Pars Co. for having materially assisted, sponsored, or provided financial, material, or technological support for, or goods or services to, MODAFL.

On March 26, 2019, OFAC designated MODAFL pursuant to E.O. 13224 for its role in assisting the IRGC-QF. Wilmington General Trading LLC was also designated on March 26, 2019 for being owned or controlled by Asadollah Seifi who obfuscated millions of dollars’ worth of transactions benefiting the Iranian regime and the purchase of foreign currency for the IRGC.

As a result of today’s action, all property and interests in property of these entities that are in the United States or in the possession or control of U.S. persons must be blocked and reported to OFAC.  OFAC’s regulations generally prohibit all dealings by U.S. persons or within (or transiting) the United States that involve any property or interests in property of blocked or designated persons.

In addition, persons that engage in certain transactions with the entities designated today may themselves be exposed to designation.  Furthermore, any foreign financial institution that knowingly facilitates a significant financial transaction or provides significant financial services for entities designated in connection with Iran’s support for international terrorism or any Iranian person on OFAC’s List of Specially Designated Nationals and Blocked Persons could be subject to U.S. correspondent account or payable-through account sanctions.

The United States has a long standing policy of allowing for the sale of agricultural commodities, food, medicine and medical devices, and OFAC will continue to consider requests related to humanitarian trade with Iran as appropriate.

In a failed attempt to disrupt the global economy, the Islamic Republic of Iran attacked the Kingdom of Saudi Arabia. This act of aggression was sophisticated in its planning and brazen in its execution. Regardless of transparent attempts to shift blame, the evidence points to Iran—and only Iran. As a result, President Trump instructed his administration to substantially increase the already-historic sanctions on the world’s leading state sponsor of terrorism. Today, we have followed through on his direction.
The United States has sanctioned Iran’s Central Bank and its National Development Fund, as well as Etemad Tejarat Pars, an Iran-based company, which has been found to conceal financial transfers for military purchases. These entities support the regime’s terrorism and regional aggression by financing the Islamic Revolutionary Guard Corps, a designated Foreign Terrorist Organization, its Qods Force, and Hizballah, the Iranian regime’s chief proxy force.

Attacking other nations and disrupting the global economy has a price. The regime in Tehran must be held accountable through diplomatic isolation and economic pressure. Our campaign of maximum pressure will continue to raise costs on the Islamic Republic of Iran until it reverses its destabilizing policies across the Middle East and around the world.