A range of Iranian newspapers devoted part of their front pages to National Security Advisor John Bolton’s exit from the Trump administration. Prior to taking office in April 2018, he was an outspoken critic of the nuclear deal. Bolton also advocated for regime change in Tehran and the use of military force against the Islamic Republic. At the White House, Bolton was a strong supporter of the administration’s “maximum pressure” campaign against Iran. Iranian officials and media outlets viewed Bolton as a hawk and an impediment to easing tensions between Washington and Tehran.

Trump tweeted that he fired Bolton because he “disagreed strongly with many of his suggestions.” Bolton denied the claim and said he resigned. The last major disagreement was over a proposal to ease sanctions on Iran to bring it to the negotiating table, which Bolton opposed. 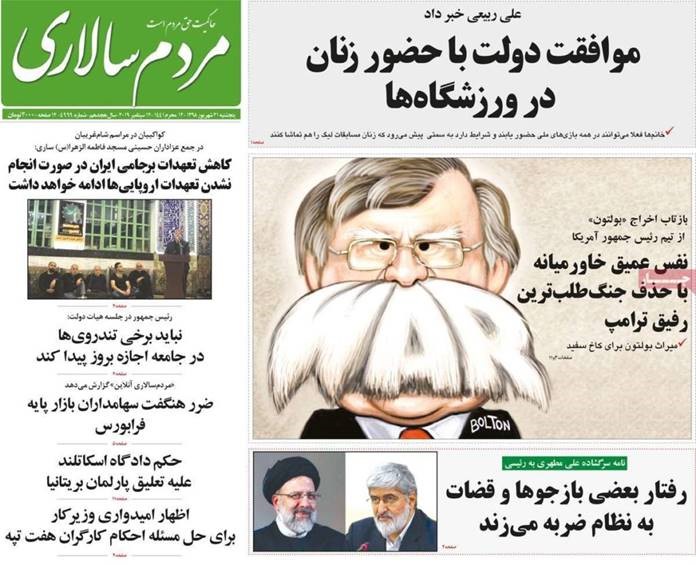 "Bolton Suddenly Sacked: Message of Trump’s Move ahead of UNGA" 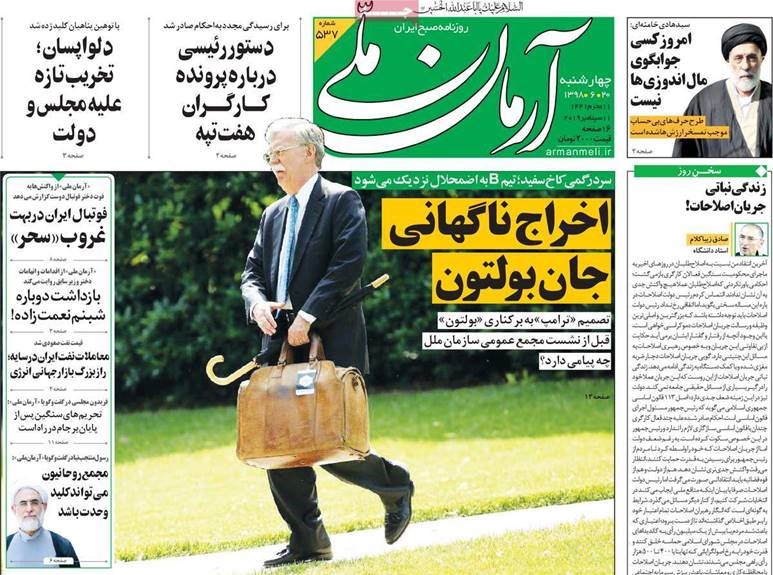 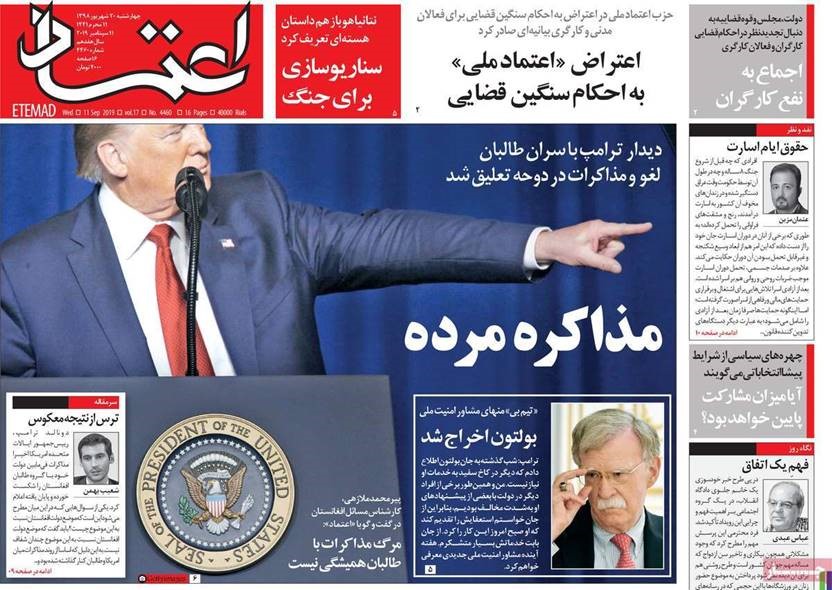 "Big Loser: Why Bolton Was Fired from White House" 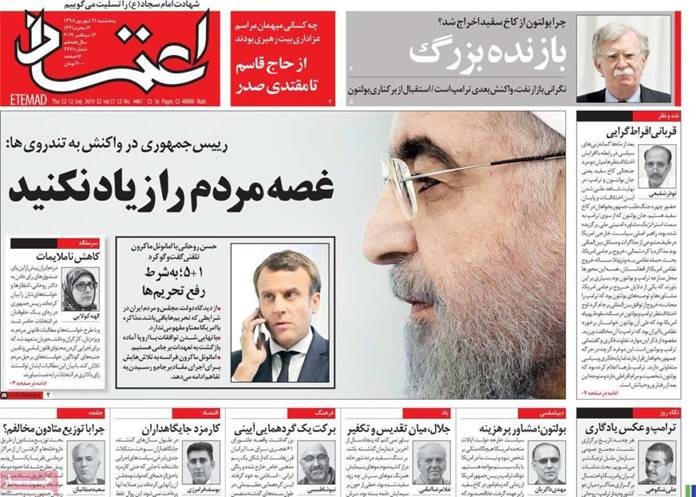