For the first time, less than half of Iranians approve of the 2015 nuclear agreement brokered between Iran and six world powers, according to a new poll by the Center for International and Security Studies at Maryland (CISSM) and IranPoll.com. The United States withdrew from the deal in May 2018. Most Iranians lacks confidence in the five countries that have remained in the nuclear deal – Britain, China, France, Germany, and Russia – to fulfil their obligations. About three in five say that Iran should withdraw from the agreement, known as the Joint Comprehensive Plan of Action (JCPOA). Three in four support the government’s policy of gradually exceeding JCPOA limits until other countries ensure Iran receives the economics benefits promised in the deal. The poll results also suggest that the negative experience with the JCPOA has increased public doubt about addressing issues through diplomacy.

IranPoll surveyed nationally representative samples of about 1,000 Iranians in three waves, April 17-May 4, August 25-29 and October 1-8, 2019. The margin of error was 3.1 percent. The following are key results related to the nuclear deal and U.S. policy.

On the nuclear deal 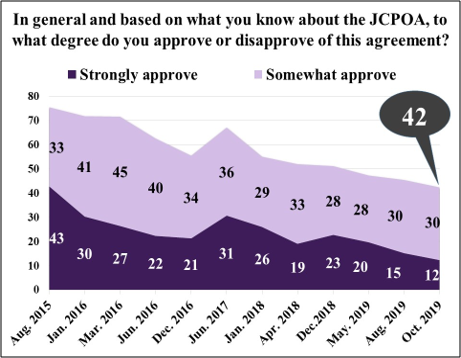 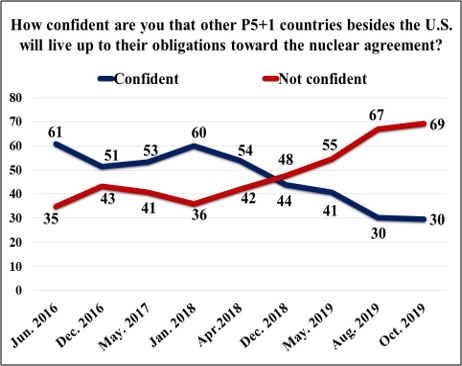 As  you may  know, European countries state they are taking steps to protect companies that engage in some types of trade with Iran from facing U.S. sanctions. Are these steps:

In retaliation for US withdrawal from the JCPOA and reimposition of sanctions, out government has exceeded some limits it accepts under the JCPOA and threatened to withdraw unless the other P5+1 do more to allow Iran to benefit from the agreement. The other P5+1 countries have responded that Iran’s recent actions make it more difficult for them to take the steps Iran is demanding. With this in mind, to what degree wo you support or oppose our government’s recent decision? 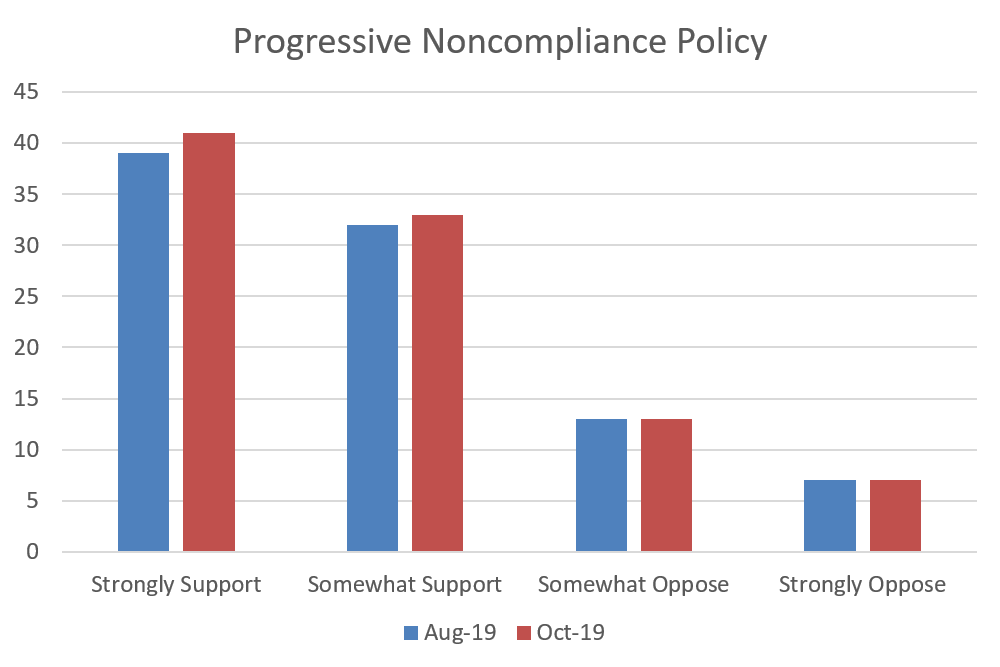 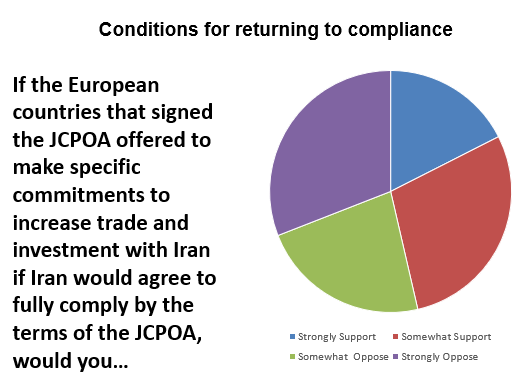 Support for an agreement that returns Iran to full compliance rises from 45% to 69% when US waivers for oil sales are included in the deal. 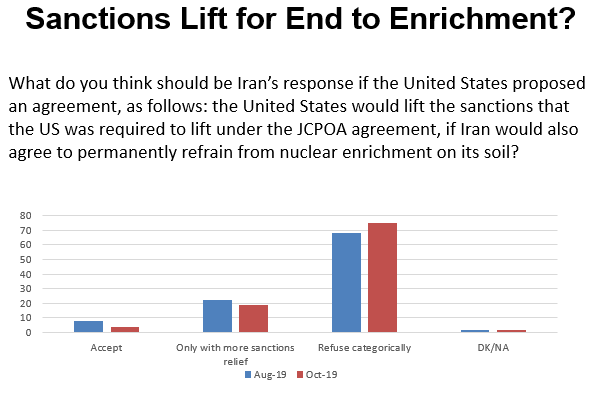 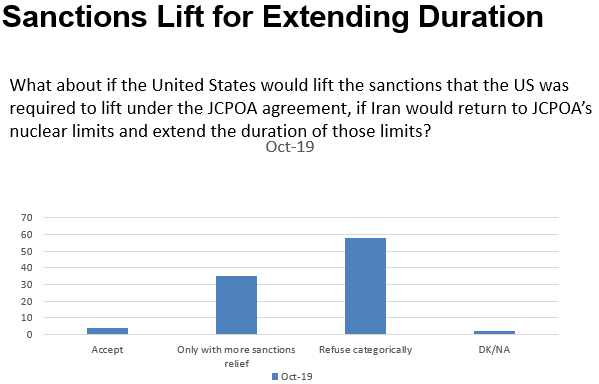 Talking to the Trump administration

Here are some possible conditions that might arise in the future, in which our government would have to decide whether or not it is willing to hold talks with the Trump administration.  To what degree would you support or oppose such talks if …

Scenario 1: The United States returns to the JCPOA, lifts all sanctions related to Iran’s nuclear program, and is willing to talk in a forum that includes all the P5+1 countries?

Scenario 2: The United States returns to the JCPOA, lifts all sanctions related to Iran’s nuclear program, but wants to talk bilaterally with Iran only.

Scenario 3: Only some US sanctions are lifted, and the United States is willing to talk in a forum that includes all the P5+1 countries?

Scenario 4: Only some US sanctions are lifted, United States wants to talk bilaterally with Iran only. 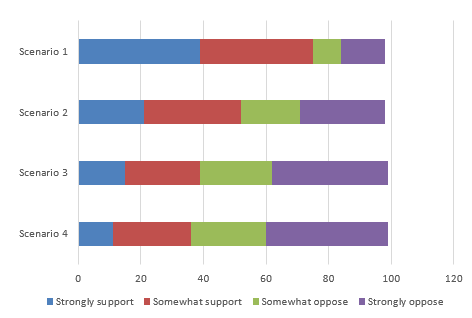 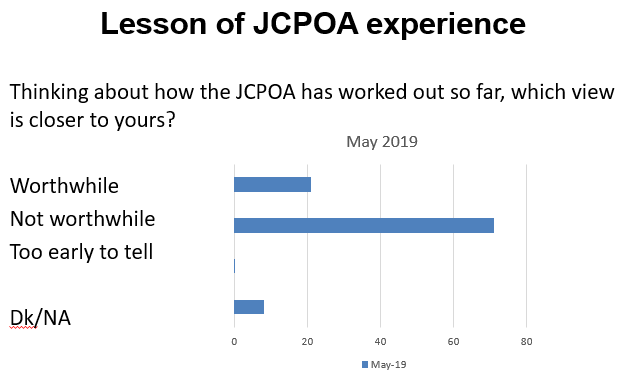 In Europe there has been talk of trying to negotiate an agreement with Iran that would be broader than the JCPOA and would cover Iran’s nuclear program, its ballistic missile development, and its military activities in the Middle East in return for the lifting of all current sanctions on Iran. Let’s suppose that Germany, France, and Britain, with no U.S. participation, proposed such negotiations to Iran.  What would you think would be best for Iran to do? 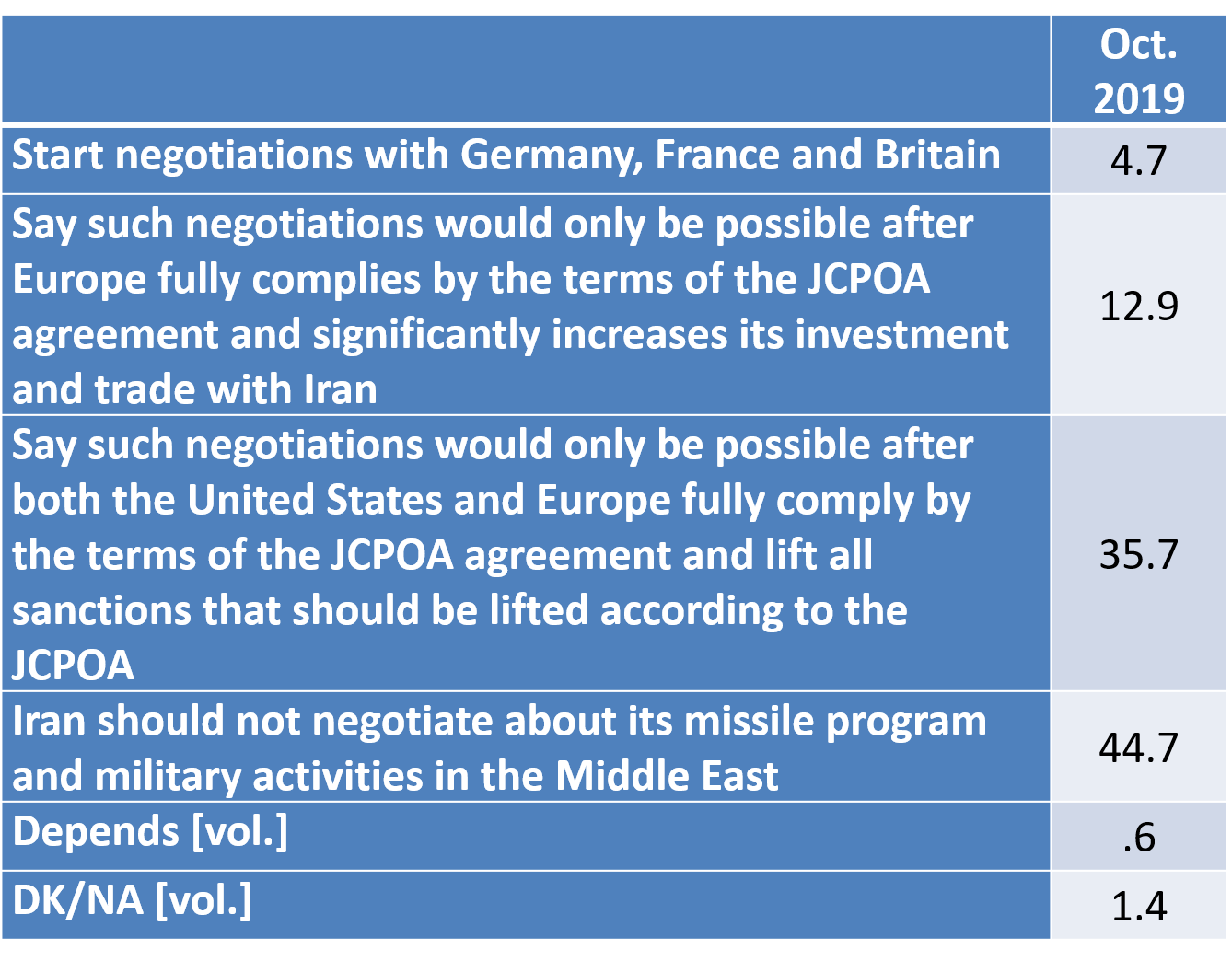