Some 68 percent of Iranians say their country’s economic situation is bad, and 55 percent say it is getting worse, according to a new poll by the Center for International and Security Studies at Maryland (CISSM) and IranPoll.com. Some 54 percent of Iranians say that domestic mismanagement and corruption are primarily to blame while 38 percent cite foreign sanctions. The United States reimposed biting sanctions on oil sales and other key sectors of Iran’s economy after it withdrew from the nuclear deal in May 2018. The International Monetary Fund expects Iran’s economy to shrink by 9.5 percent in 2019.

IranPoll surveyed nationally representative samples of about 1,000 Iranians in three waves, April 17-May 4, August 25-29 and October 1-8, 2019. The margin of error was 3.1 percent. The following are key results. 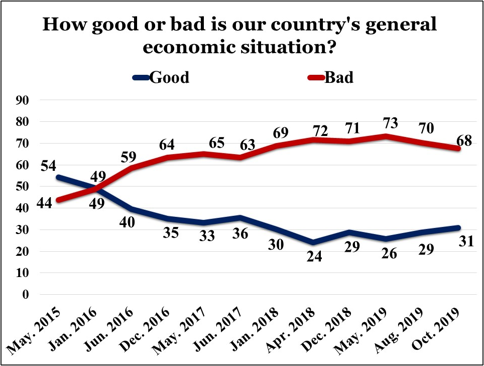 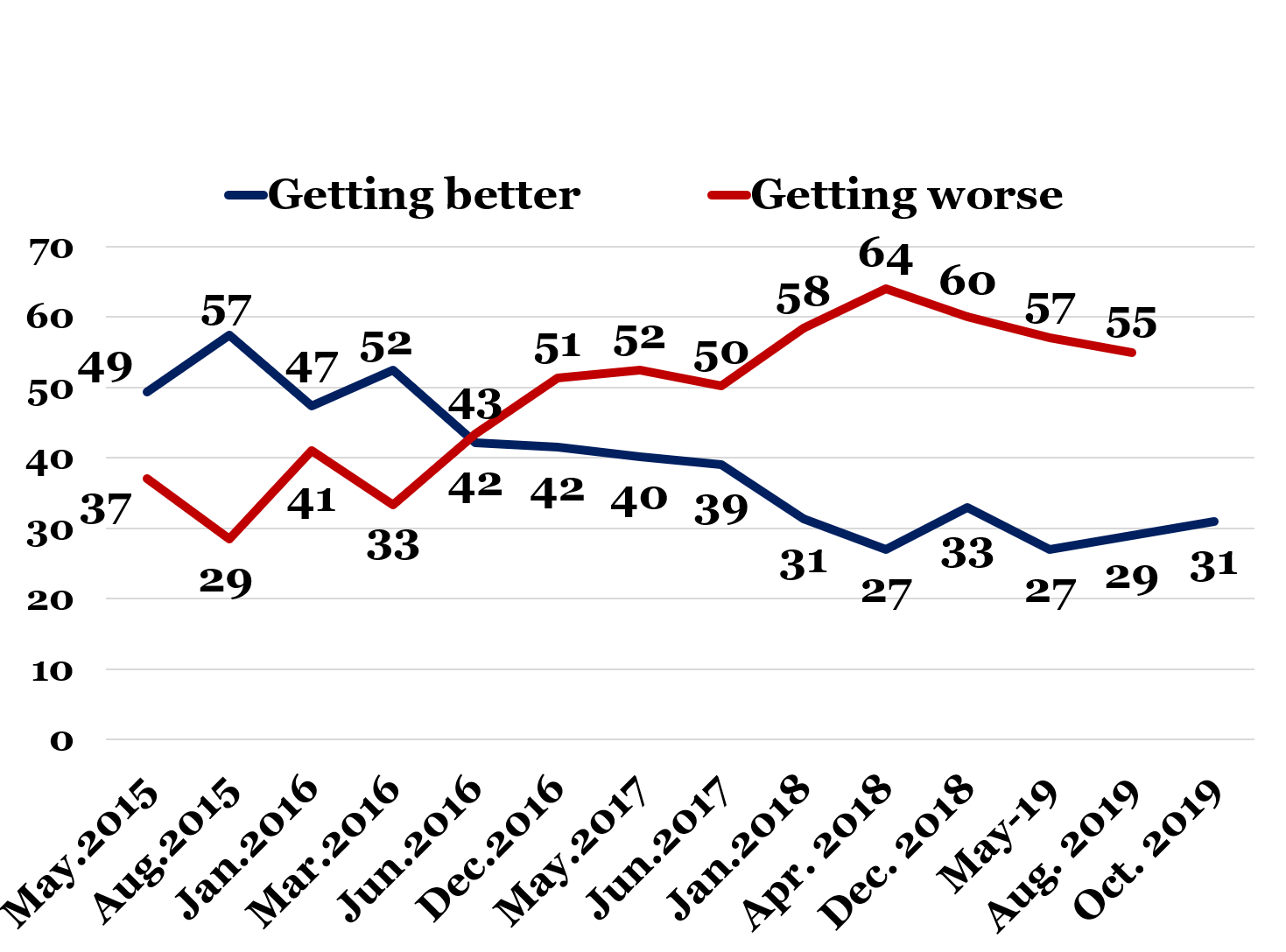 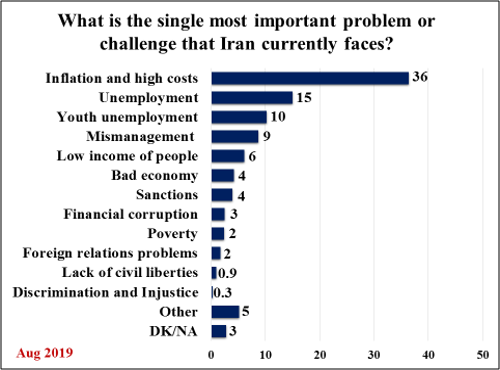 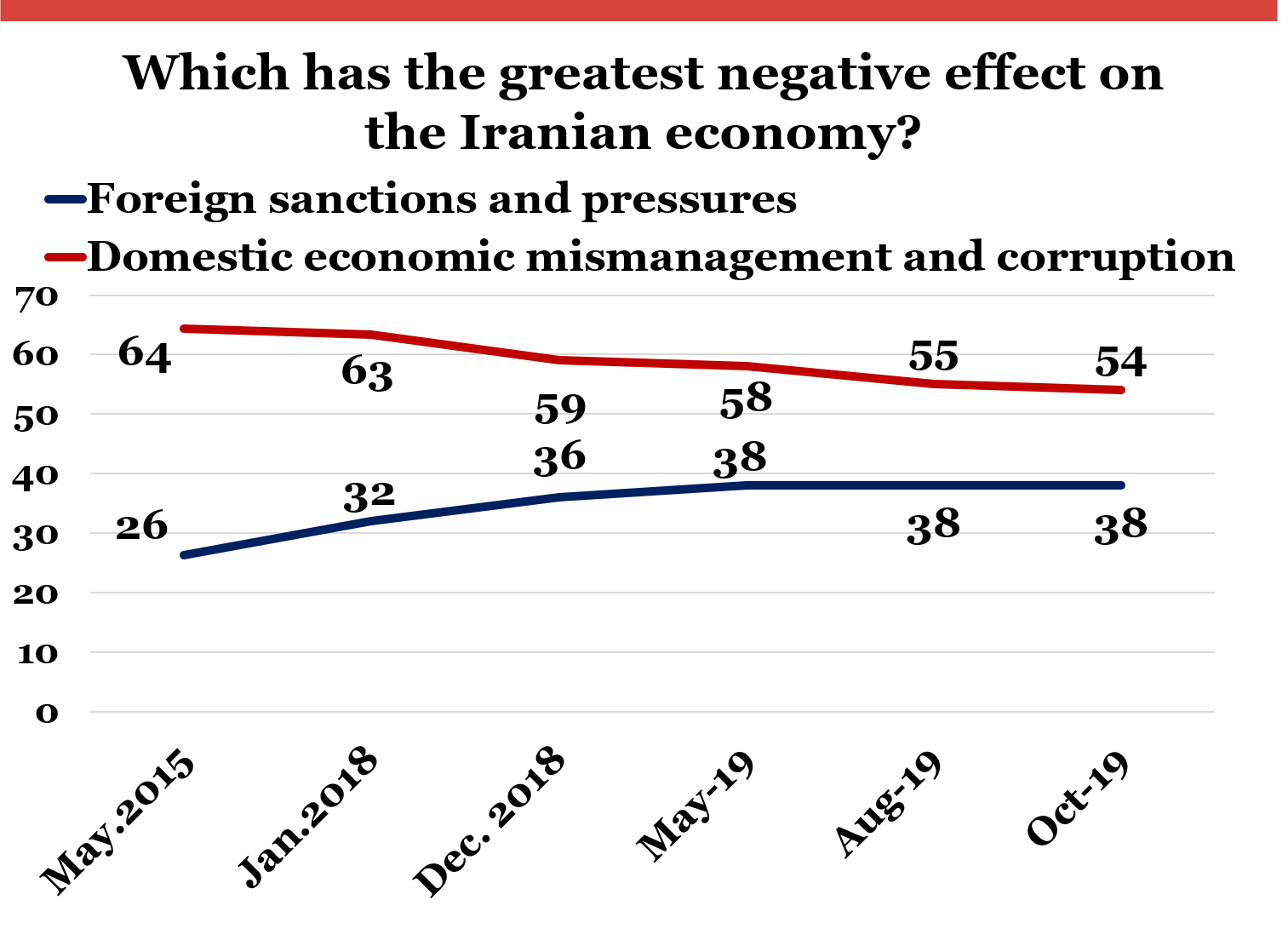 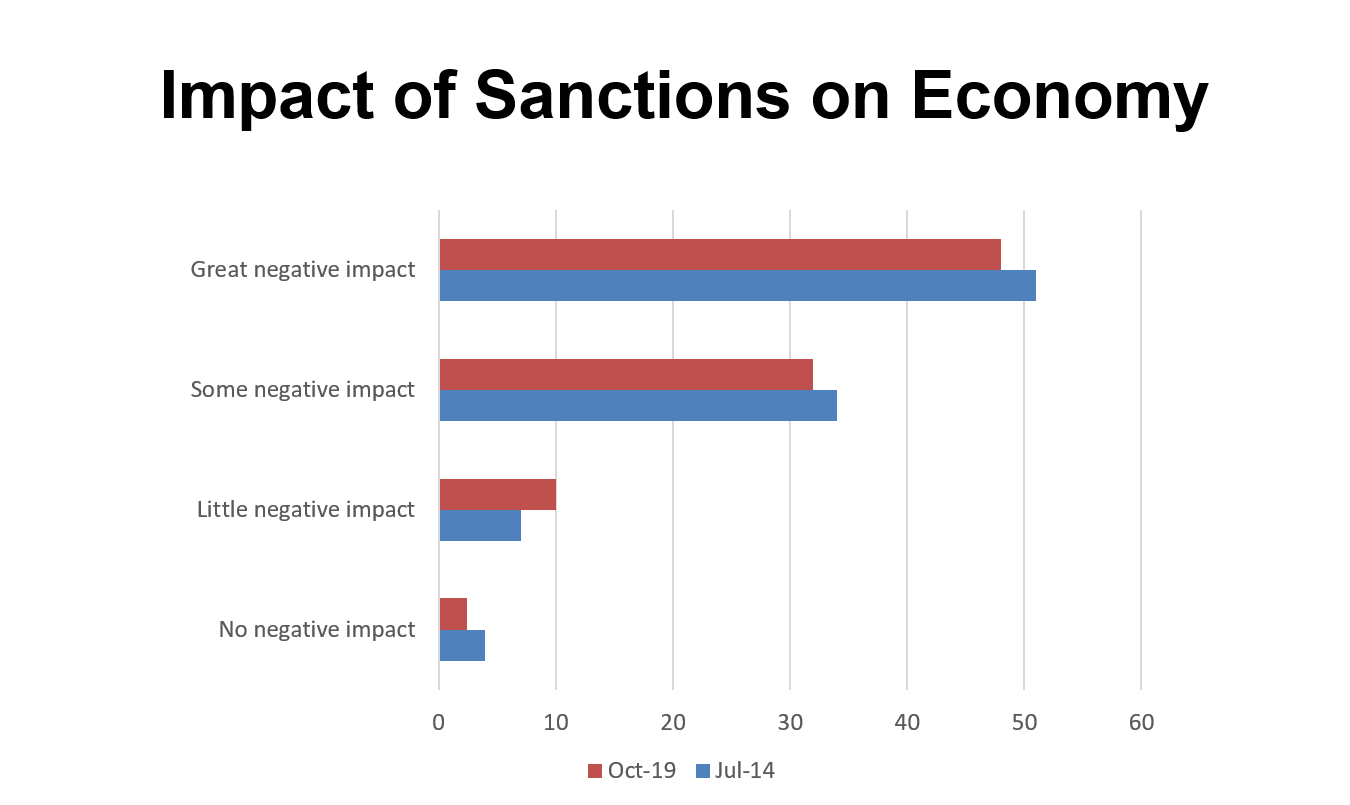 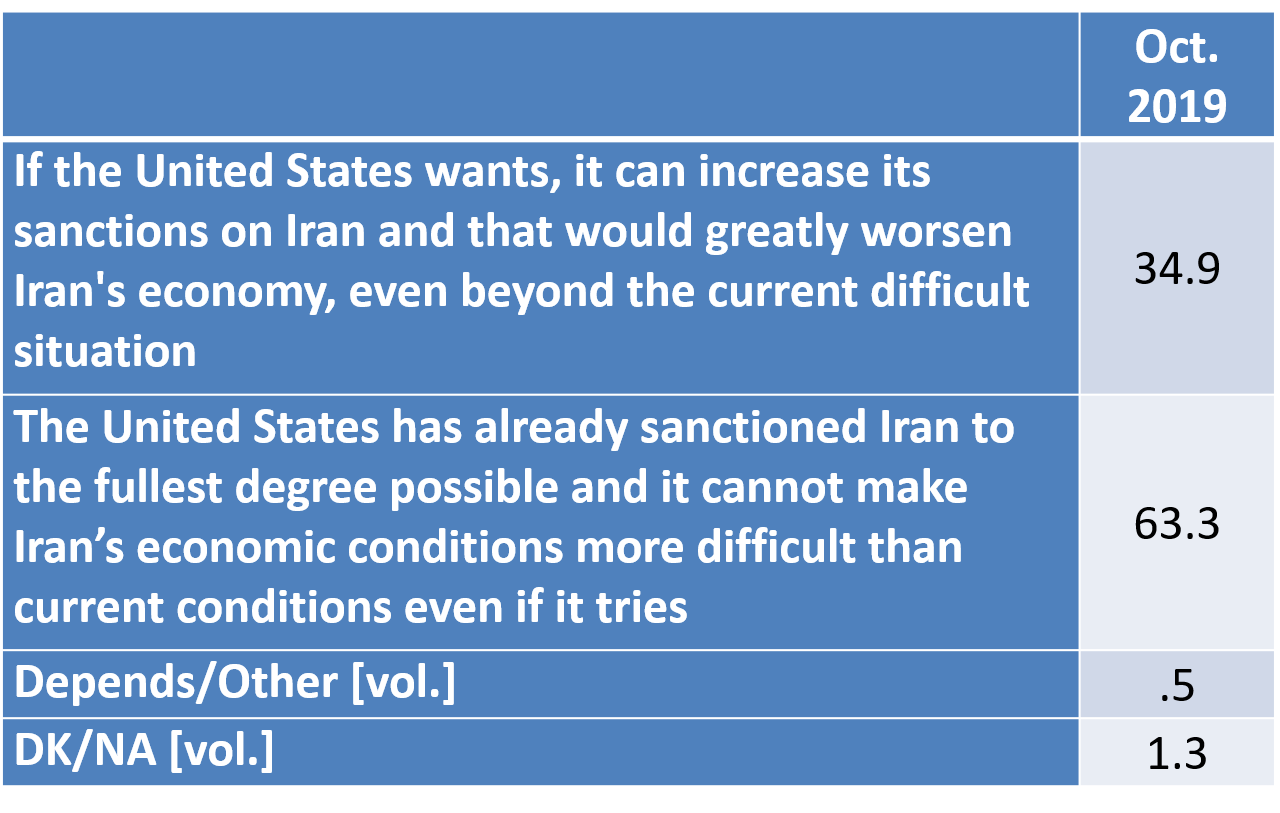 Here is a statement about Iran’s economic situation.  Please say how much you agree or disagree with it: “While it’s unfortunate that some outside powers are still blocking Iran’s participation in the world economy, we can use current circumstances to build up our domestic industries to meet our own needs.  This will reduce unemployment and make our society more resilient.”