The Broken Promise of Chabahar

In April 2016, Iran, India and Afghanistan signed an agreement to develop the Iranian port of Chabahar as a shipping hub with rail links that connected India to Afghanistan through Iran—and circumvented Pakistan. Chabahar is on the Gulf of Oman and is Iran’s only port with access to the Indian Ocean.

The Chabahar Agreement was designed to be an economic boon for all three countries. For landlocked Afghanistan, the Chabahar Agreement offered access to the international shipping trade. For Iran, it promised up to $500 million in investment and economic reintegration after years of punishing international sanctions were lifted. And for India, it offered a way to avoid being encircled by China in its own neighborhood. As part of the deal, Iran gave India control over day-to-day operations of the port. 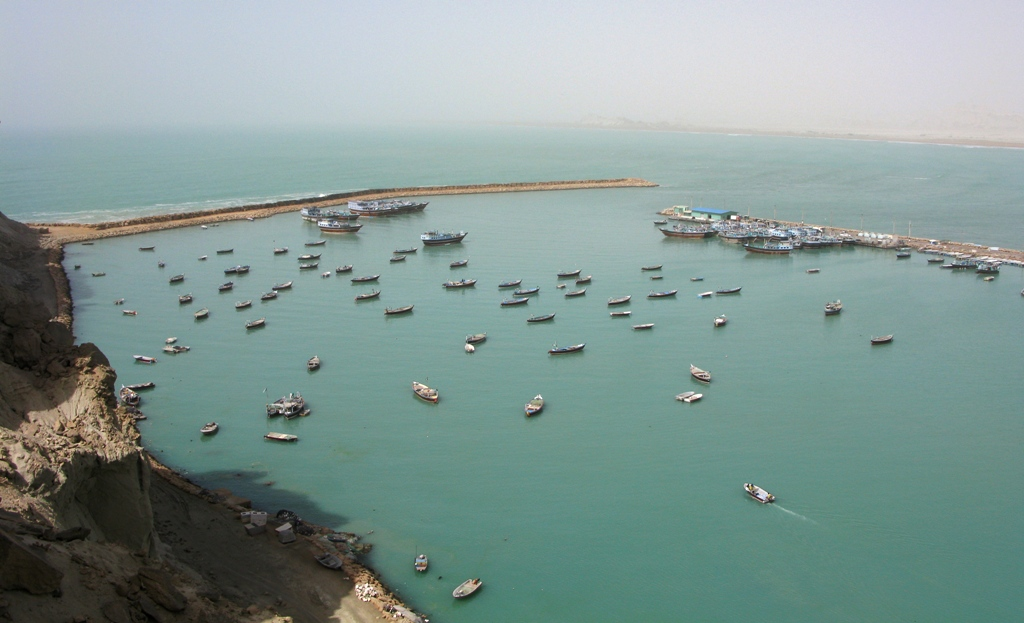 The Chabahar project was also meant to be a strategic game-changer. It offered India access to a port just 56 miles (90 kilometers) from Gwadar, the lynchpin of China’s investment in rival Pakistan and a key juncture in China’s Belt and Road Initiative.

But the Chabahar project was stymied after the Trump administration abandoned the Iran nuclear deal in May 2018. Twice, in November 2018 and May 2019, the U.S. issued waivers that allowed the port project to proceed, on grounds that it facilitated reconstruction in Afghanistan. But India was unable to find a partner company to run its operations inside Iran. Investors and port management companies feared getting caught up in U.S. sanctions in the future. The project also needed European equipment, but Western firms were reluctant to sell port materiel for Chabahar’s development because of the Trump administration’s tough stance on Iran. 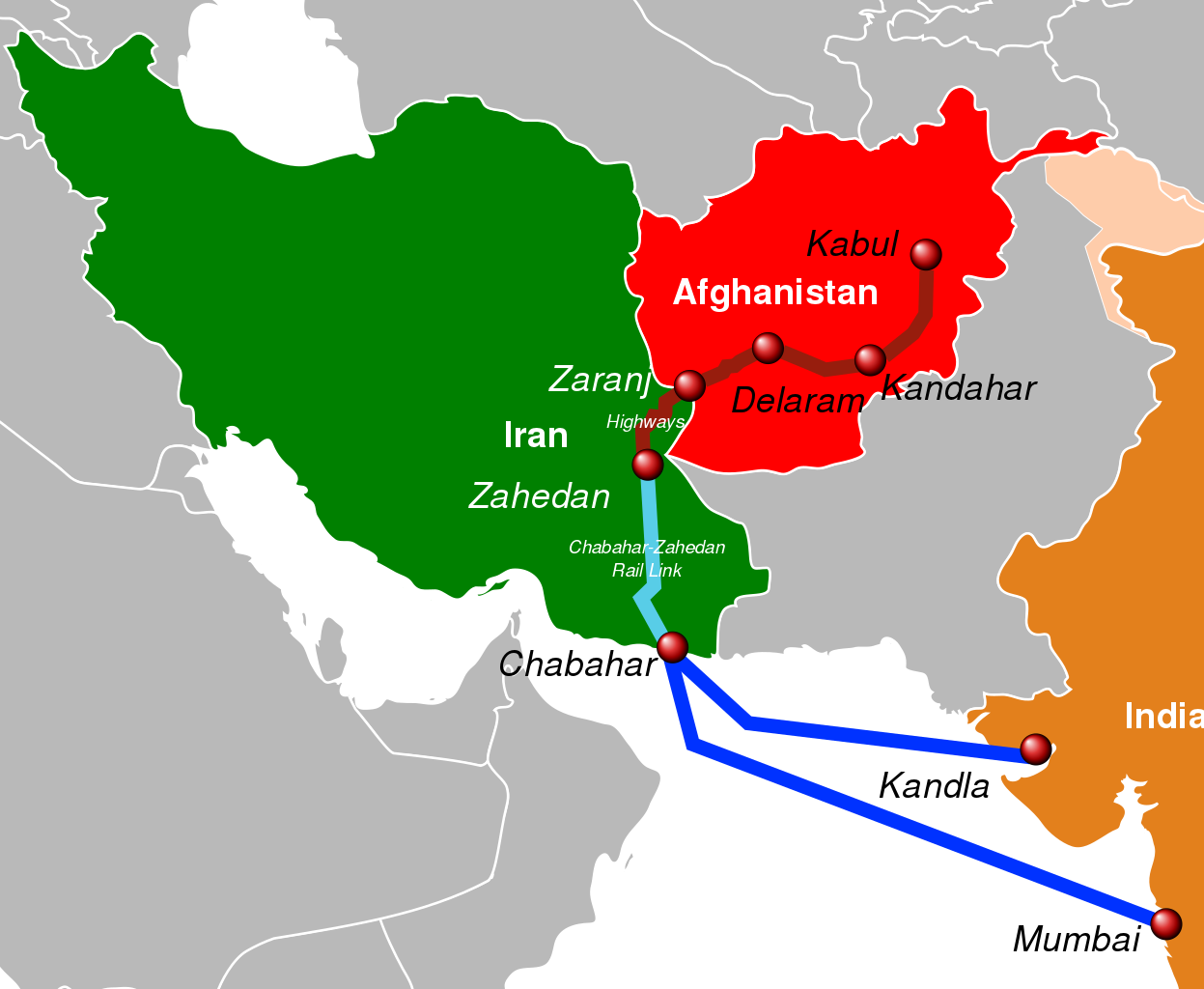 The view from Delhi

The Chabahar project was initiated by India, which had been interested in access to the Iranian port since the turn of the century. New Delhi envisioned Chabahar as a regional trading hub that could connect India to emerging markets in Afghanistan and Central Asia. In 2009, India financed a major highway from Delaram in southern Afghanistan to Zabol on the Iranian border; the new road cut transportation time from 12 hours down to just two. From Zabol, an Iranian highway connected to Chabahar.

But India’s interest in Chabahar has also been geopolitical. Delhi has watched with trepidation as Beijing and Islamabad deepened ties over common political and economic interests. As part of its Belt and Road initiative, China invested $62 billion in Pakistan; significant funds went to develop the port city of Gwadar on the Gulf of Oman. Gwadar offered the link between China’s overland and oceanic commercial routes. In February 2013, a Chinese state-owned company took over operational control of Gwadar’s port. In 2018, an estimated one million tons of cargo passed through Gwadar annually.

Gwadar represented a major expansion of China’s influence in India’s neighborhood. Long-term, India feared being encircled by China physically, economically and strategically. For India, developing Chabahar was a strategic and economic imperative.

For Iran, Chabahar offers a way to widen regional trade, reconnect with the global economy and break out of regional encirclement by Sunni-dominated governments. The election of President Hassan Rouhani in 2013 accelerated plans to develop Chabahar with India’s help. In 2014, Indian Prime Minister Narendra Modi pledged $85 million for the project.

The 2015 nuclear deal, brokered with the world’s six major powers, opened doors previously closed. India signed a memorandum of understanding with Iran to develop Chabahar even before the Joint Comprehensive Plan of Action was finalized in July 2015. The lifting of international sanctions in January 2016 led to more concrete commitments from India. In May 2016, Modi visited Tehran and pledged $500 million in investment for Chabahar.

Progress on the Chabahar continued in the first year of the Trump administration, albeit at a slower pace. Rouhani presided over the official opening of the port in December 2017, and Tehran leased control of the port to India in February 2018. However, Trump’s threats to withdraw from the JCPOA chilled private sector interest in the project.

In May 2018, the Trump administration pulled out of the JCPOA and signaled a tougher approach to Iran. In November 2018, the Treasury Department re-imposed sanctions on Iran’s oil and shipping sectors. Even though Chabahar was exempted from the sanctions, the administration’s rhetoric made investors wary of the project. In April 2019, Secretary of State Mike Pompeo warned that “the risks are simply not going to be worth the benefit” for any nation or entity interacting with Iran.

The economic impact of the U.S. “maximum pressure” policy on the Chabahar project has been severe. Delhi has repeatedly failed to attract a private sector partner to operate cargo at the port. Western firms largely refused to invest in badly-needed equipment.

Uncertainty about Chabahar’s future has hurt India’s economic and strategic interests. What began as a plan to avoid encirclement by China has turned into a high-risk, high-cost investment with little return. Beijing has also capitalized on the reluctance of Western companies to engage in the project by winning contracts to supply Chinese equipment to the port, a move that undermines Delhi’s original rationale behind the project.

Chabahar’s failure to launch is yet another sign that Western sanctions remain the main impediment to Iranian economic reintegration. For Iran, the Chabahar project represents the broken promise of a new start after the JCPOA--a broken promise that Tehran is unlikely to forget. 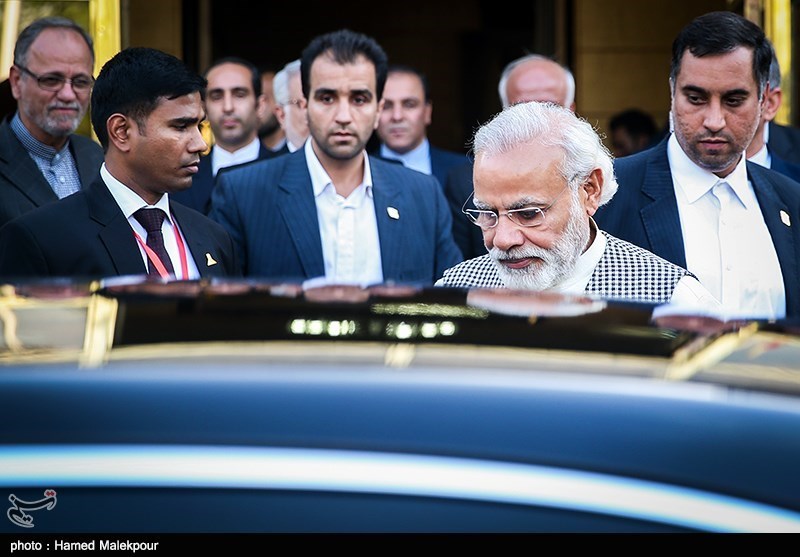 November 24, 2013 – Interim nuclear agreement. Iran and the P5+1 countries agree on limited sanctions relief for Iran and a pledge not to impose new sanctions. In exchange, Iran pledges to freeze its nuclear program.

May 6, 2015 – India signs a memorandum of understanding with Iran to develop Chabahar port.

July 14, 2015 – Iran nuclear deal. Iran and the P5+1 countries reach agreement over Iran’s nuclear program. The deal stipulates that sanctions will be lifted after Iran comes in compliance with the terms of the agreement.

December 25, 2015 – Modi discusses potential India-Afghanistan cooperation over Chabahar during a visit to Kabul.

January 16, 2016 – JCPOA Implementation Day. The United State and Europe lift oil and financial sanctions on Iran after IAEA inspectors conclude it is in compliance with the deal.

March 9, 2016 – China announces it will construct an additional 3.2 km of berths at Gwadar port.

April 18, 2016 – Chabahar Agreement. India, Afghanistan, and Iran finalize a trilateral agreement to develop Chabahar as a regional trade hub. India pledges to supply steel for a railway that connects Chabahar with the border cities of Zahedan and Mashhad.

August 11, 2017 – A Chinese firm wins the contract to supply cranes to Chabahar port.

December 3, 2017 – Chabahar opens. Rouhani presides over the inauguration of the Shahid Beheshti Port at Chabahar.

January 11, 2018 – Iran agrees to purchase $600 million of locomotives and freight cars from India. The cars are intended for transport on the Chabahar-Zahedan railroad.

February 17, 2018 – Iran leases operational control of Chabahar to India for an 18-month period.

May 18, 2018 – JCPOA Withdrawal. The Trump administration pulls out of the Iran nuclear deal.

November 5, 2018 – Chabahar exempt from U.S. sanctions. The Trump administration imposes sanctions on Iran’s oil and shipping sectors. It provides sanctions waivers to Iran’s largest oil customers, including India, for six months. The State Department provides an exemption for Chabahar due to its role in “reconstruction assistance and economic development for Afghanistan.”

December 6, 2018 – A suicide car bombing at a police station in Chabahar kills two and injures 48.

June 7, 2019 – India fails for the second time to find a private sector partner to operate cargo at Chabahar.