On November 22, the U.S. Treasury sanctioned Iran’s communications minister, Mohammad Javad Azari Jahromi, for his role in internet censorship. In a surprise overnight announcement on November 15, Iran hiked gas prices—by up to 300 percent—and introduced a new rationing system. The government’s goal was to raise funds to help the poor, but it backfired. Protests erupted across the country. For five days, Iran blocked access to the internet, preventing citizens from posting videos of the demonstrations and government crackdown. More than 100 people reportedly were killed during the protests. 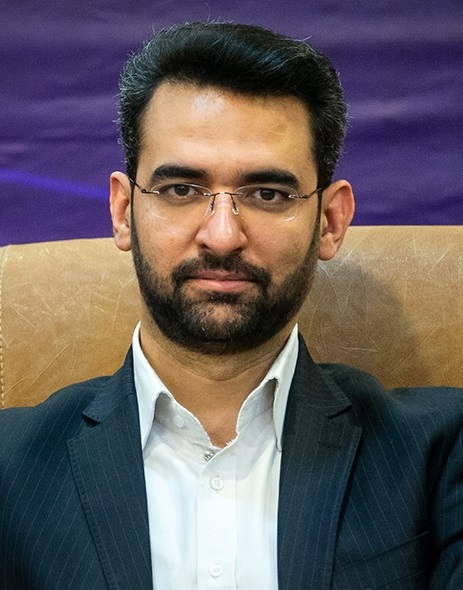 The Treasury said that the disruption of internet connectivity followed similar patterns that occurred during other protests in Iran in 2017 and 2018. “Iran’s leaders know that a free and open internet exposes their illegitimacy, so they seek to censor internet access to quell anti-regime protests,” said Treasury Secretary Steven Mnuchin. “We are sanctioning Iran’s Minister of Information and Communications Technology for restricting internet access, including to popular messaging applications that help tens of millions of Iranians stay connected to each other and the outside world.”

The U.S. is sanctioning the Minister of Information and Communications Technology, Mohammad Jahromi, for helping shut down the Iranian internet. We will hold members of the Iranian regime accountable for their violent repression of the Iranian people. #Internet4Iran

I'm not the only member of club of sanctioned persons (Based on Trump's fairytales). Before me, Iran ICT startups, Developers, Cancer patients and EB children were there.
I'll continue advocating access to Internet & I won't let US to prohibit Iran development.#EconomicTerrorism

The following are press releases from the State Department and Treasury.

Today, the United States is sanctioning the Iranian official who helped shut down the internet for the Iranian people. The Department of Treasury has designated Mohammad Javad Azari Jahromi, Iran’s Minister of Information and Communications Technology, who is supposed to be responsible for ensuring internet connectivity inside Iran. The United States stands with the people of Iran in their struggle against an oppressive regime that silences them while arresting and murdering protestors.

While Iranian regime leaders maintain access to the internet and social media accounts for themselves and their cronies, they deprive their people of these basic tools of expression and communication. This hypocrisy simultaneously supports a corrupt religious mafia and oppresses the Iranian people. No country or company should enable the regime’s censorship or human rights abuses.

The United States will always support access to information, freedoms of expression and peaceful assembly, and will continue to promote accountability for those who unduly restrict these freedoms. While the Iranian regime will seek to protect the abusers of the Iranian people and hide their horrific actions from memory, the United States will expose these human rights abusers and record their shameful acts for history.

The U.S. Department of the Treasury’s Office of Foreign Assets Control (OFAC) took action today against Mohammad Javad Azari Jahromi, Iran’s Minister of Information and Communications Technology, pursuant to Executive Order (E.O.) 13846, for his role in the Iranian regime’s widescale internet censorship.  Internet access in Iran, managed by Azari Jahromi’s ministry, was blocked for several days in November based upon what Iranian authorities describe as national security concerns in the wake of anti-regime protests throughout the country.  The recent internet blocking follows similar patterns that occurred in 2017 and 2018.  Azari Jahromi, who is a former employee of Iran’s notorious Ministry of Intelligence, has advanced the Iranian regime’s policy of repressive internet censorship since he took office in mid-2017 and has also been involved in surveillance against opposition activists.

“Iran’s leaders know that a free and open internet exposes their illegitimacy, so they seek to censor internet access to quell anti-regime protests,” said Treasury Secretary Steven Mnuchin. “We are sanctioning Iran’s Minister of Information and Communications Technology for restricting internet access, including to popular messaging applications that help tens of millions of Iranians stay connected to each other and the outside world.”

In addition to the wholesale disruption of internet connectivity that has occurred on multiple occasions, Iran also has a well-established record of restricting popular communications platforms.  Iran has banned the use of messaging applications and social media platforms that are used by tens of millions of Iranians for personal communication and business.  The internet and social media in general are heavily censored in Iran, and Azari Jahromi’s ministry has worked to block access to online censorship circumvention tools, also referred to as anti-filtering tools, such as virtual private networks.  In his government roles, Azari Jahromi played a role in launching Iran’s National Information Network (NIN), which has enhanced the Iranian government’s ability to monitor, restrict, and completely block internet usage in Iran.

Despite proclamations that he supports expanded internet access in Iran, Azari Jahromi has repeatedly justified the increasingly restrictive measures of his ministry as necessary to maintain national security, and further claimed that they are based on foreign threats to overthrow the regime.  Azari Jahromi has also attributed internet disruptions in Iran to technical issues outside of the country, despite findings by outside experts that the disruptions originated from sources operating under the regulation of his ministry.

A former member of Iran’s intelligence apparatus, Azari Jahromi was involved in surveillance operations during the state crackdown on peaceful protests in 2009, which significantly aided the authorities’ ability to identify, track, arrest, and imprison protesters.  He has been the target of accusations that he personally interrogated multiple activists during this period.

Azari Jahromi is being designated pursuant to E.O. 13846 for having engaged in censorship or other activities with respect to Iran on or after June 12, 2009, that prohibit, limit, or penalize the exercise of freedom of expression or assembly by citizens of Iran, or that limit access to print or broadcast media, including the facilitation or support of intentional frequency manipulation by the Government of Iran or an entity owned or controlled by the Government of Iran that would jam or restrict an international signal.

Furthermore, as recently as March 2018, OFAC highlighted existing guidance underscoring the U.S. Government’s ongoing commitment to ensure that the Iranian people can exercise their universal right to freedom of expression and can freely access information via the Internet.