Supreme Leader Ayatollah Ali Khamenei publicly criticized President Hassan Rouhani and Foreign Minister Mohammad Javad Zarif for how they handled the 2015 nuclear deal negotiated with the world’s six major powers. In a meeting with university students, Khamenei said that although he allowed the talks to proceed, he was not fully behind the agreement. “I did not really believe in it, and I mentioned this to the president and the foreign minister, and I had warned them several times,” he said. It was the first time the supreme leader had rebuked the president and foreign minister so directly. 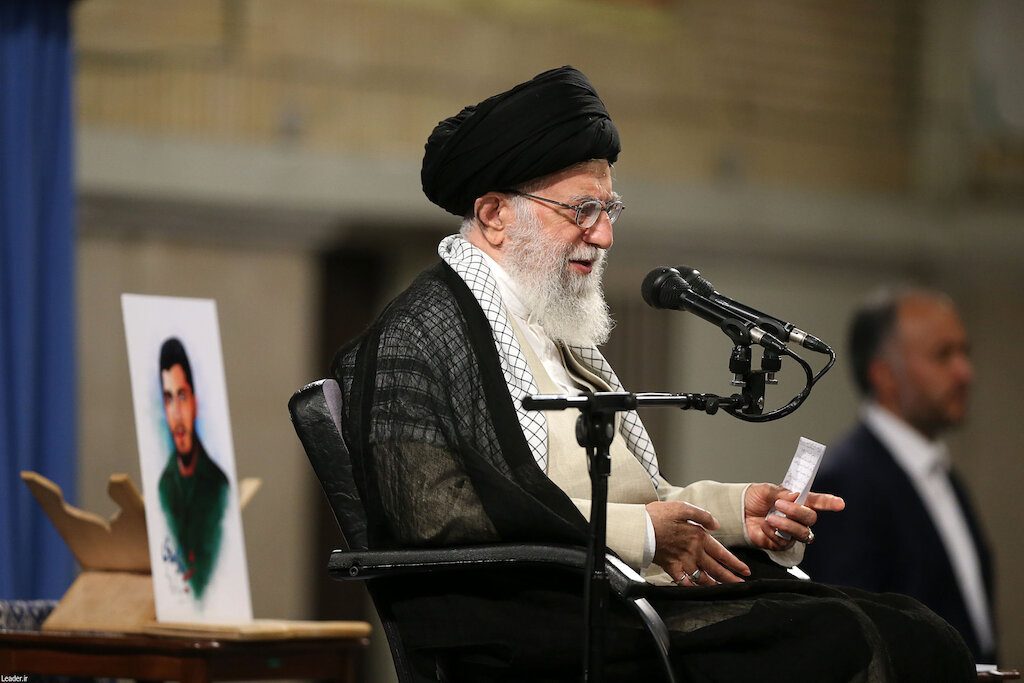 Supreme Leader Khamenei is the most powerful individual in the Islamic Republic. Zarif would not have been allowed to finalize the nuclear deal, known formally as the Joint Comprehensive Plan of Action (JCPOA), without his tacit approval. Khamenei has often condemned the United States and European powers for not fulfilling their responsibilities under the JCPOA. But he had not previously blamed Rouhani and Zarif for the failure of the deal. Khamenei said that they had done their best in dealing with adversaries that were not trustworthy. Even before the United States withdrew from the deal and reimposed sanctions in 2018, Iran claimed that it was not receiving the economic benefits it had been promised.

Khamenei’s comments are the latest indication that hardliners are on the rise in Tehran and that the camp around Rouhani, a centrist, is in decline. Iran will elect a new president in 2021, and Rouhani has increasingly appeared to be a lame duck in his second term. Since 2018, Iran’s currency has lost two-thirds of its value and oil exports have dropped more than 50 percent amid reimposed U.S. sanctions.

Elsewhere in his remarks, Khamenei admitted to shortcomings in the government’s structure and implementation of policies. “Yet, we as the executives are faulty; we have shortcomings and inabilities. Sometimes, the executives make a mistake that can create a big gap in society.”

For part of the meeting, Khamenei was seated next to a picture of Nader Mahdavi, an Islamic Revolutionary Guard Corps naval commander who was killed in 1987. Mahdavi is regarded as a martyr in Iran because he reportedly died following a confrontation between U.S. and Iranian forces in the Persian Gulf in 1987. Iran claimed that he was captured by American forces, tortured and then killed. Khamenei’s speech came amid heightened tensions between Iran and the United States. On May 5, Washington announced the deployment of a carrier strike group and bomber task force in response to unspecified threats from Iran and its proxies in the Middle East. The following are excerpts from Khamenei’s speech.

“One of the speakers asked whether these shortcomings in the management of the country are due to the structure of the establishment or [malfunctioning of] the officials. The structure of the constitution is a good one. Of course, structures can be improved and modified in order for the shortcomings to be eliminated. For instance, once we did not have the Expediency Council but today we have it. This is true for all governments. Thus, the structure is not faulty, however, it needs modifications.”

“Yet, we as the executives are faulty; we have shortcomings and inabilities. Sometimes, the executives make a mistake that can create a big gap in society.”

“There has of course been grave mistakes in privatization and I have put in notices several times. There are problems related to privatization. But the principle of privatization is an essential necessity of the economy. This was one of the structural problems that has been modified.”

“It was said during the talks that the ratification of the JCPOA has been attributed to the Leader. You can see and hear and can observe everything.”

“Read the letter regarding the JCPOA and the conditions set for its ratification. But if these conditions were not met, the Leader is not in charge of intervention.”

“I believe that the Leader should not meddle in executive affairs unless there is a risk that the entirety of Revolution's movement is endangered.”

“But the way the JCPOA was handled, I did not really believe in it, and I mentioned this to the president and the foreign minister and had warned them several times.”

I declare it firmly that the Western civilization is declining. Even Western intellectuals have felt it. Societies' events and evolutions occur over time. The Western and materialistic civilization we see today is treading the path towards destruction.https://t.co/sicAPVjUao

The Iranian nation has proved they can carry out great tasks. The Islamic Revolution’s victory and the establishment of the Islamic Republic was a miracle in the bipolarity of Capitalism and Communism. It was like the Israelites crossing the Nile with Moses and his stick. pic.twitter.com/X8bQtxLxSc