Poll: Half of Americans Expect War with Iran

Half of American adults expect the United States to go to war with Iran “within the next few years,” according to a new Reuters/Ipsos poll. A representative sample of 1,007 adults were asked a series of questions from May 17-20 amid heightened tensions between Washington and Tehran. Earlier in May, the United States announced the deployment of warships and bombers to the Middle East in response to unspecified threats from Iran and/or its proxies.

Some 53 percent of adults considered Iran as a “serious” or “imminent” threat. But only 12 percent said U.S. forces should conduct a preemptive attack on Iranian military interests. In the event of an Iranian attack, 40 percent of respondents said Washington’s response should be limited to airstrikes on Iranian military targets. A similar number of respondents favored a full military response including an invasion using ground troops.

Americans were largely divided across partisan lines on their opinion of President Trump’s handling of relations with Iran. Some 78 percent of Democrats said they disapproved of Trump’s Iran policy while 78 percent of Republicans said they approved of it. The following are results from the poll related to Iran. It had a credibility interval of plus or minus 3.5 percentage points for all respondents.

Do you approve or disapprove of the way Donald Trump is handling Iran? 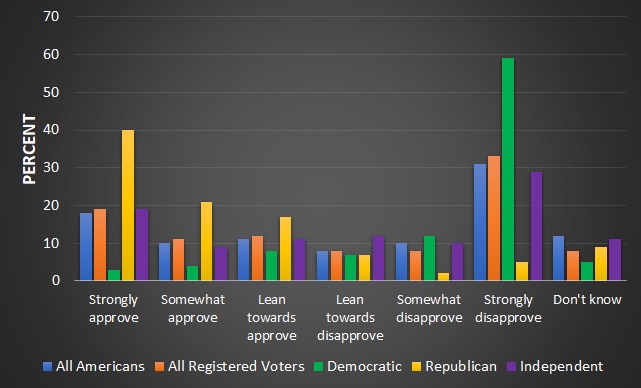 Would you say your opinion is favorable or unfavorable towards Iran? 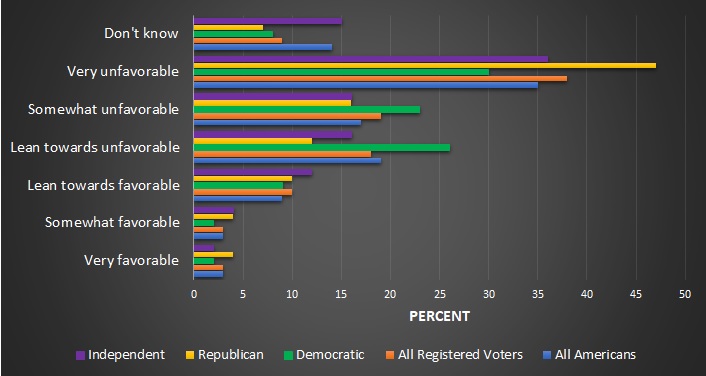 On a scale of 1 to 5, with one being no threat and 5 being an imminent threat, how much of a threat does Iran pose to the United States? 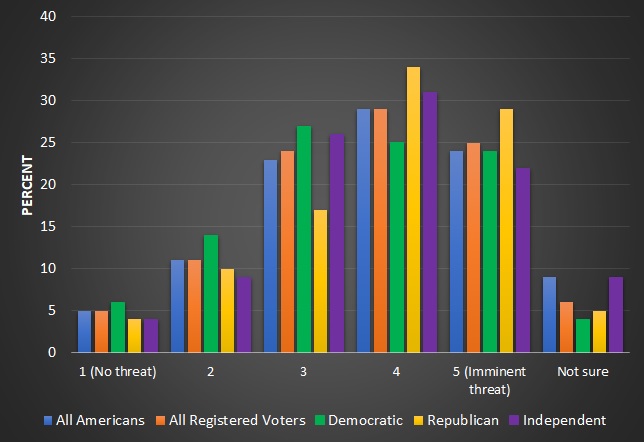 How likely, if at all, do you believe it is that United States will go to war with Iran within the next few years? 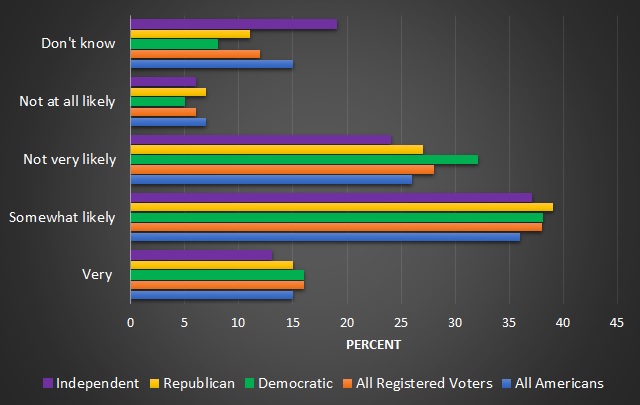 In 2015, Iran and a coalition of countries led by the United States, signed a deal to prevent development of Iranian nuclear weapons in exchange for lifting long standing economic sanctions on Iran. Do you support or oppose this deal? 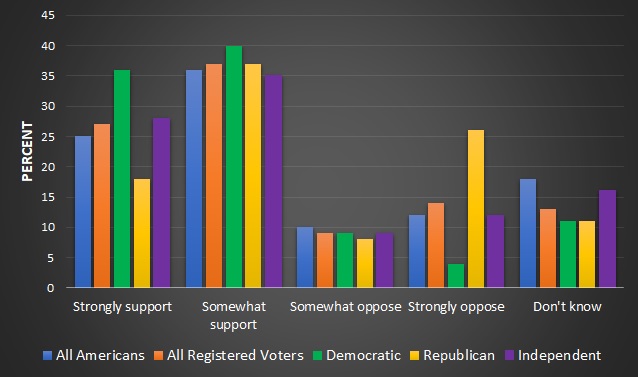 In your opinion, should the U.S. conduct a preemptive attack on Iranian military interests? 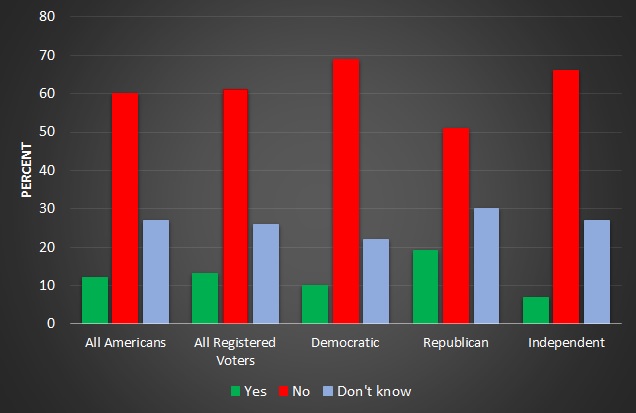 If Iran attacked U.S. military forces first, how should the U.S. respond?