Iranian leaders condemned President Donald Trump’s decision to impose sanctions on the supreme leader and senior IRGC commanders. Trump characterized the move as a “proportionate response to Iran’s increasingly provocative actions,” referring to the downing of a U.S. drone on June 20 and attacks on tankers in May and June that Washington also attributed to Tehran.

Iran's Foreign Ministry spokesperson, however, said the new sanctions meant “closing the doors of diplomacy” between Tehran and Washington. President Rouhani and President Trump traded barbs. “The White House has become stricken with mental disability. They don't know what to do,” he said in a televised address. Some Western media outlets translated Rouhani's words as “mentally retarded.”

The following are reactions from Iran to the U.S. sanctions.

“The most vicious officials of the (U.S.) government accuse Iran and insult it. The Iranian nation will not give in and retreat in the face of such insults.”

“The Iranian people have been wronged [by the US economic sanctions], but they are not weak. The nation will attain all its goals.

“For the past 40 years, they [the US] have failed to defeat the Iranian nation.”

—June 26, 2019, in a meeting with senior Judiciary officials

When U.S. failed to achieve their goals by pressuring, they said: negotiate with us in order to progress. Yes! We progress but without you. During Pahlavis you controlled everything & Iran moved backwards every day. You’re the reason behind Iranian nation’s backwardness [then].

The graceful Iranian nation has been accused & insulted by world’s most vicious regime, the U.S., which is a source of wars, conflicts & plunder. Iranian nation won’t give up over such insults. Iranians have been wronged by oppressive sanctions but not weakened & remain powerful.

The Iranian nation seeks dignity, independence, & progress; that’s why pressures by cruel enemies do not affect Iranians. Look at election & rallies turnout. The enemies make so many sabotaging efforts but the people continue to participate with a strong willpower. 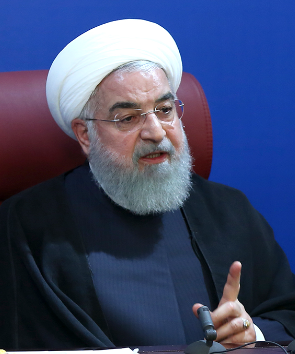 The sanctions are “outrageous and idiotic” and mean “closing the doors of diplomacy” between Tehran and Washington.

“You sanction the foreign minister simultaneously with a request for talks.”

“The White House has become stricken with mental disability. They don't know what to do."

—June 25, 2019, in a televised address according to the Associated Press and BBC Monitoring

.@realDonaldTrump is 100% right that the US military has no business in the Persian Gulf. Removal of its forces is fully in line with interests of US and the world. But it's now clear that the #B_Team is not concerned with US interests—they despise diplomacy, and thirst for war.

"To ease tensions in the broader Persian Gulf region, the U.S. must stop its military adventurism in our region, as well as its economic war and terrorism against the Iranian people.”

"We are not in the business in succumbing to pressure. The U.S. has been applying pressure against Iran and today we witnessed that they have added more sanctions, so nobody in a clear mind can accept to have a dialogue with somebody that is threatening you with more sanctions. So as long as this threat is there, there is no way that Iran and the US can start a dialogue."

—June 24, 2019, in an interview with reporters before a U.N. Security Council meeting 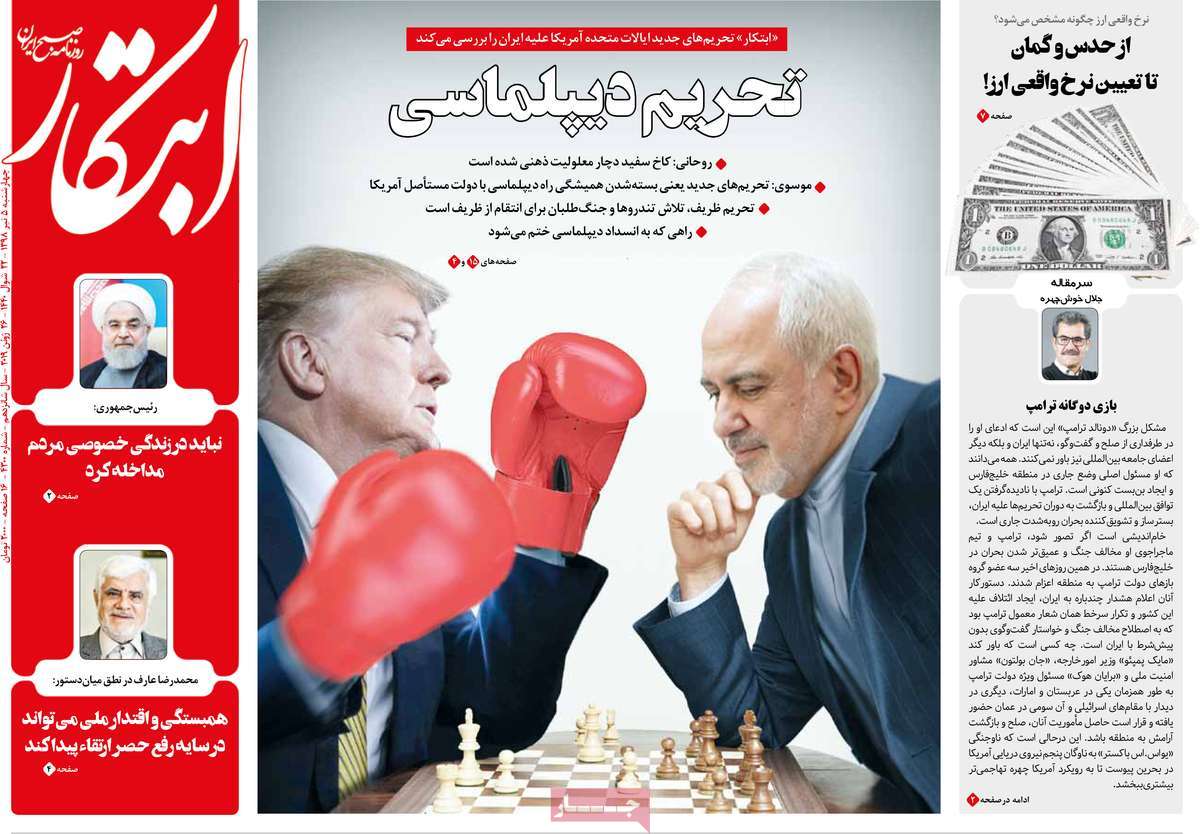 Iran leadership doesn’t understand the words “nice” or “compassion,” they never have. Sadly, the thing they do understand is Strength and Power, and the USA is by far the most powerful Military Force in the world, with 1.5 Trillion Dollars invested over the last two years alone..

....The wonderful Iranian people are suffering, and for no reason at all. Their leadership spends all of its money on Terror, and little on anything else. The U.S. has not forgotten Iran’s use of IED’s & EFP’s (bombs), which killed 2000 Americans, and wounded many more...