On December 11, Secretary of State Mike Pompeo announced sanctions on three Iranian transportation companies that “helped Iran import items for its weapons of mass destruction programs.” The United States also blacklisted a shipping network that smuggles weapons from Iran to Yemen to support the Qods Force, an elite branch of the Islamic Revolutionary Guard Corps. “The Iranian regime uses its aviation and shipping industries to supply its regional terrorist and militant groups with weapons, directly contributing to the devastating humanitarian crises in Syria and Yemen,” said Treasury Secretary Steven Mnuchin. “Aviation and shipping industries should be vigilant and not allow their industries to be exploited by terrorists.” 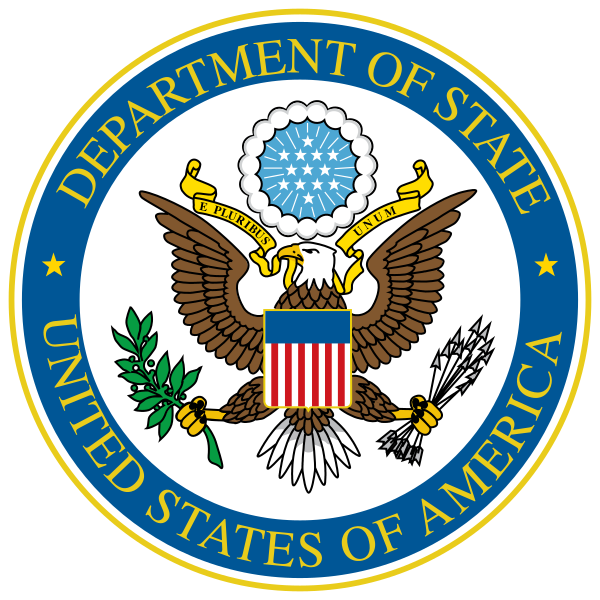 Today, I’m announcing designation of three Iranian transportation companies that helped Iran import items for its weapons of mass destruction programs.  These programs involved the siphoning of funds away from the oppressed Iranian people, and they augment the regime’s campaign of terror and intimidation at home and throughout the world.

The companies designated today are as follows:

The Islamic Republic of Iran Shipping Lines – it’s the shipping line of choice for Iranian proliferators and procurement agents.  IRISL’s WMD designation was lifted in January 2016 under the JCPOA, and that was an enormous mistake.  Since then, that entity has knowingly engaged in activities and transactions that materially contribute to Iran’s proliferation of WMDs.  To allow exporters of humanitarian goods sufficient time to find alternative shipping methods, the designation will become effective 180 days – on June 8th of next year.

Second, we’re designating ESAIL Shipping Company, a firm based in Shanghai.  ESAIL knowingly transports illicit materials from Iran’s Aerospace Industries Organization, which oversees all of Iran’s missile industry.  It has also worked with at least two other Iranian organizations subject to UN sanctions.  Similarly to the previous one, this will take place – take effect 180 days from today.

We’re also designated Mahan Air and three of its sales agents effective immediately.  You’ll note Mahan Air was previously designated under counterterrorism authorities back in October of 2011 for providing support to the IRGC forces.  But today’s designation recognizes the specific role Mahan Air plays in WMD proliferation through its shipments of UN-restricted missile and nuclear items to Iran, including controlled graphite and T700 carbon fiber.

In addition, the United States is sanctioning an Iranian shipping network that helps smuggle weapons into Iran – oh, excuse me, from Iran to Yemen – to support the IRGC Qods Force fighters.  Today’s designations put the world on notice:  Those who engage in illicit transactions with these companies will risk exposure to sanctions themselves.

Today, the U.S. Department of the Treasury’s Office of Foreign Assets Control (OFAC) designated an Iranian shipping network involved in smuggling lethal aid from Iran to Yemen on behalf of the Islamic Revolutionary Guards Corps-Qods Force (IRGC-QF).  Last month, the U.S. government seized weapons smuggled on a small boat destined for Yemen.  Today’s action against this lethal aid network is yet another example of the U.S. government cutting off all avenues for the delivery of weapons to Houthi rebels.  OFAC is also designating three Mahan Air general sales agents (GSA) based in the United Arab Emirates and Hong Kong.  Treasury designated Iranian airline Mahan Air in 2011 for support to the IRGC-QF and today the Department of State designated Mahan Air pursuant to Executive Order (E.O.) 13382 – which targets weapons of mass destruction proliferators and their supporters.

For years, the IRGC-QF has used Abdolhossein Khedri and firms under his control to support maritime weapons smuggling operations.  Today’s designations were taken pursuant to Executive Order (E.O.) 13224, as amended, which targets terrorists and those providing support to terrorists or acts of terrorism.

Khedri is being designated pursuant to E.O. 13224 for having materially assisted, sponsored, or provided financial, material, or technological support for, or goods or services to or in support of, the IRGC-QF.

Khedri Jahan Darya Co is a shipping line that operates out of Iran, and is the registered owner, ship manager, and commercial manager of the merchant vessels Genava 11 and Genava 12. The Genava 12 was suspected of involvement in the transport of IRGC-QF cargo from Iran, ultimately destined to Yemen.

Khedri Jahan Darya Co is being designated pursuant to E.O. 13224 for being owned, controlled, or directed by Abdolhossein Khedri.  Furthermore, the Genava 11 and Genava 12 are being identified as property in which Khedri Jahan Darya Co. has an interest.

Mahan Air was designated in October 2011 pursuant to E.O. 13224 for providing financial, material, or technological support for or to the IRGC-QF.  Mahan Air has transported IRGC-QF operatives, weapons, equipment, and funds abroad in support of the IRGC-QF’s regional operations, and has also moved weapons and personnel for Hizballah.  Since the onset of the Syrian civil war, Mahan Air has routinely flown fighters and materiel to Syria to prop up the Assad regime, which has contributed to mass atrocities and displacement of civilians.

OFAC is taking action against three Mahan Air GSAs in markets across the Middle East and Asia, entities that prop up Mahan Air’s commercial operations. GSAs are third parties that provide services to an airline under the airline’s brand.  These services range from sales, financial, administrative, and marketing services to freight reception and handling.

These designations follow previous designations in 2018 and 2019 of Mahan Air GSAs and provide another warning to the international aviation community of the sanctions risk for individuals and entities that choose to maintain commercial relationships with Mahan Air and other designated airlines.  In addition to GSA services such as ticketing and freight booking, the industry should conduct due diligence for other activities that, when conducted for or on behalf of a designated person, may be potentially sanctionable.  Such activities may include reservation and ticketing services, procurement of aircraft parts and equipment, maintenance contracts, airline grounds services, catering, interline transfer or codeshare agreements, and refueling contracts.

On July 23, 2019, OFAC issued an advisory to inform the civil aviation industry of potential exposure to U.S. government economic sanctions for providing unauthorized support to designated Iranian airlines, many of which, including Mahan Air, are involved in facilitating the Iranian regime’s support to proxy militias.

In addition, persons that engage in certain transactions with the persons designated today may themselves be exposed to designation.  Furthermore, any foreign financial institution that knowingly facilitates a significant transaction or provides significant financial services for individuals and entities designated in connection with Iran’s support for international terrorism or any Iranian person on OFAC’s List of Specially Designated Nationals and Blocked Persons could be subject to U.S. correspondent account or payable-through account sanctions.