On December 4, Britain, France and Germany accused Iran of developing missiles capable of delivering nuclear warheads. They argued that Iran’s activities were inconsistent with the 2015 U.N. resolution that enshrined the nuclear deal, also known as the Joint Comprehensive Plan of Action (JCPOA). In a letter to U.N. Secretary General Antonio Guterres, they cited video footage of a test flight of a new Shahab-3 missile variant "equipped with a maneuverable re-entry vehicle" that is “technically capable of delivering a nuclear weapon.” Footage of the test was released on social media in April 2019.

The European ambassadors also cited a 2015 U.N. nuclear watchdog report that outlined “extensive evidence” indicating that Iran explored arming the Shahab-3 with a nuclear warhead in 2002-2003. Iran eventually halted its research on nuclear weapons in late 2003, according to U.S. intelligence.

Iranian diplomats responded to the European allegations defiantly. In a tweet, Foreign Minister Mohammad Javad Zarif said the letter was a “desperate falsehood to cover their miserable incompetence in fulfilling bare minimum of their own JCPOA obligations.” He also highlighted that Iran is only “called upon” to not undertake any activity related to ballistic missiles “DESIGNED to be capable of delivering nuclear weapons.”

If E3 want a modicum of global credibility, they can begin by exerting sovereignty rather than bowing to US bullying. pic.twitter.com/QtfZFnLpO5

Iran’s U.N. ambassador said the European claims were politically motivated. “Iran is determined to resolutely continue its activities related to ballistic missiles and space launch vehicles, both of which are within its inherent rights under international law and are necessary for securing its security as well as socioeconomic issues,” Ambassador Majid Takht-Ravanchi wrote in a letter to the United Nations.

Missiles are a particularly important part of Iran’s deterrent strategy because its air force is relatively weak. Iranian officials have often claimed that their missiles are for defensive purposes only. Iran has the largest and most diverse ballistic missile arsenal in the Middle East. For years, it has had missiles capable of reaching Israel and U.S. military bases in the region.

The following is the full text of Iran’s rebuttal to the European allegations. 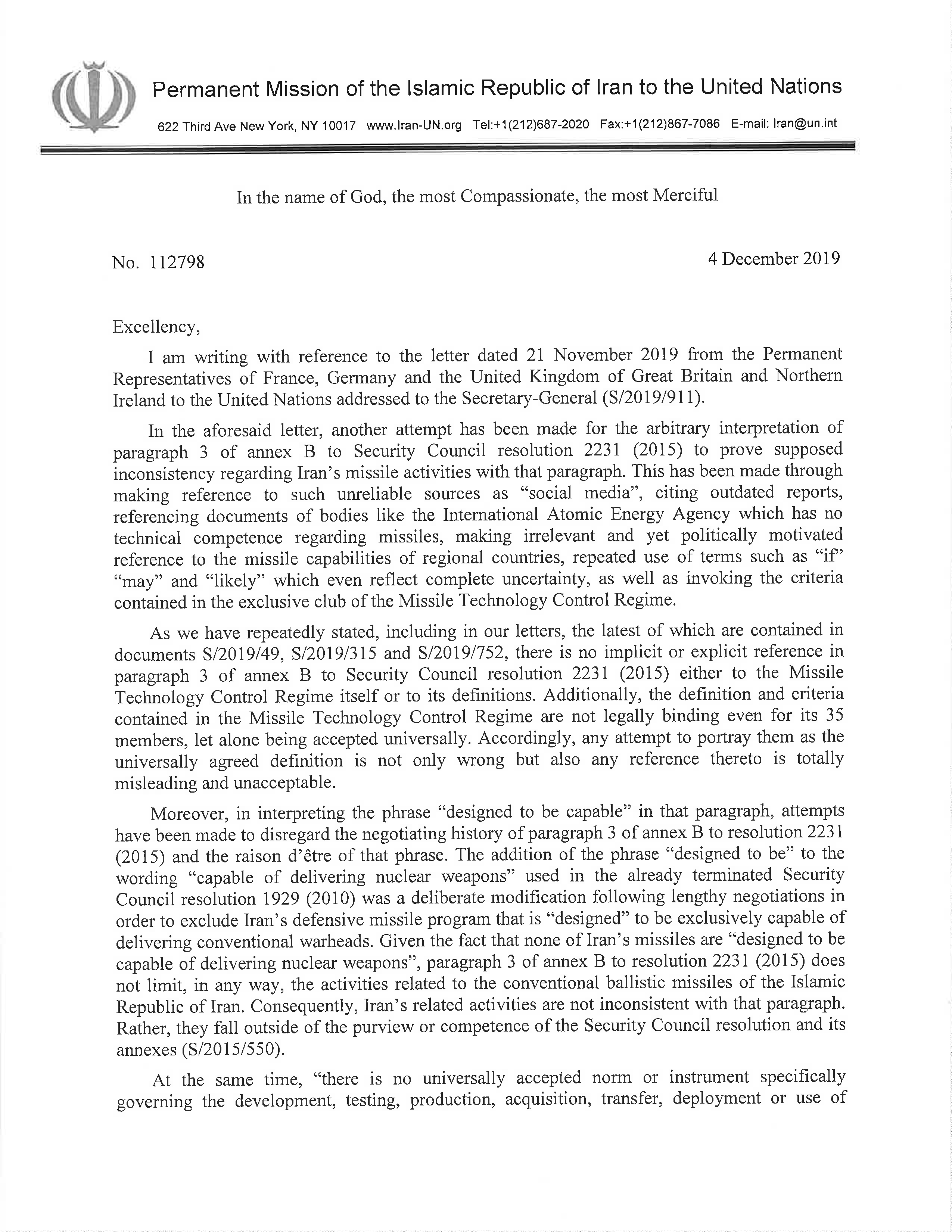 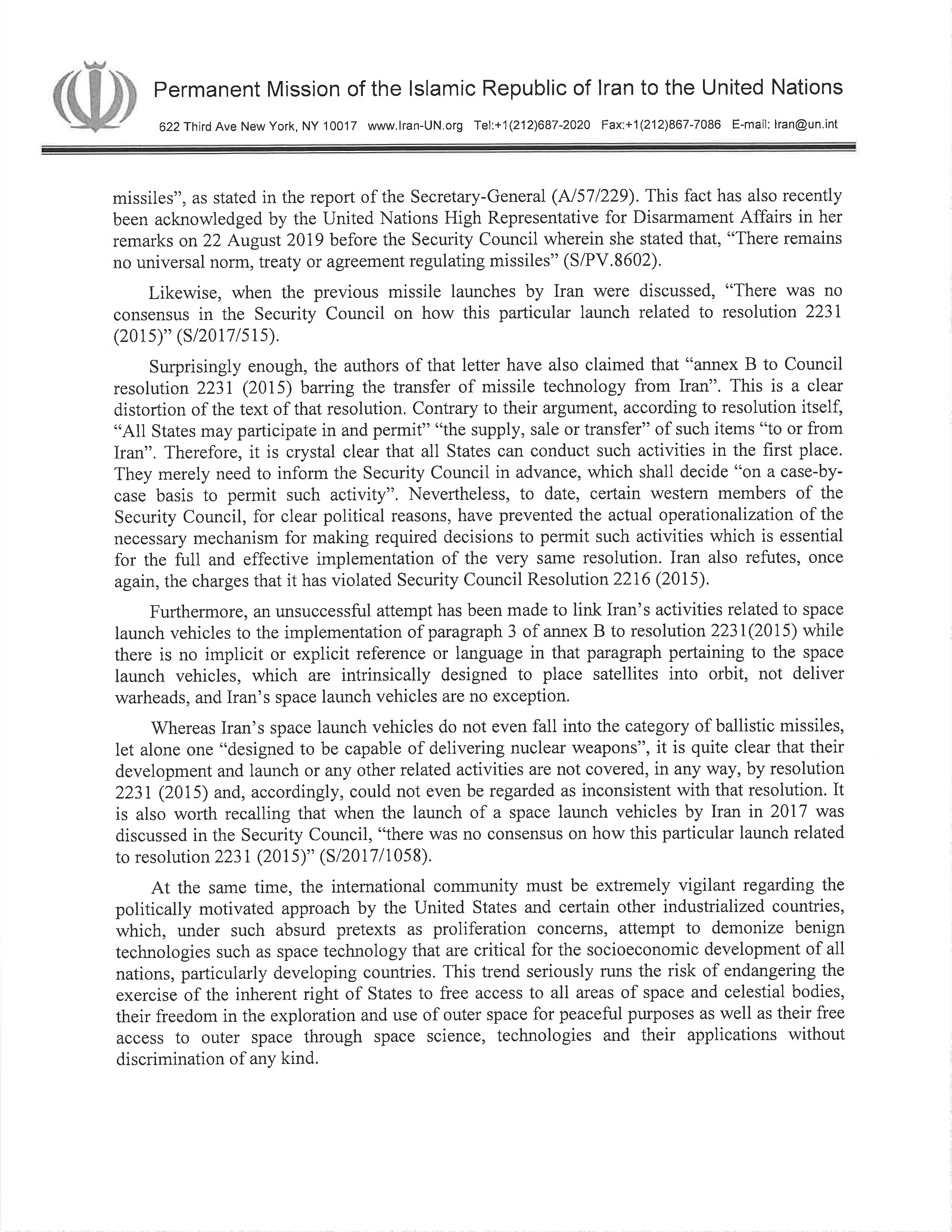 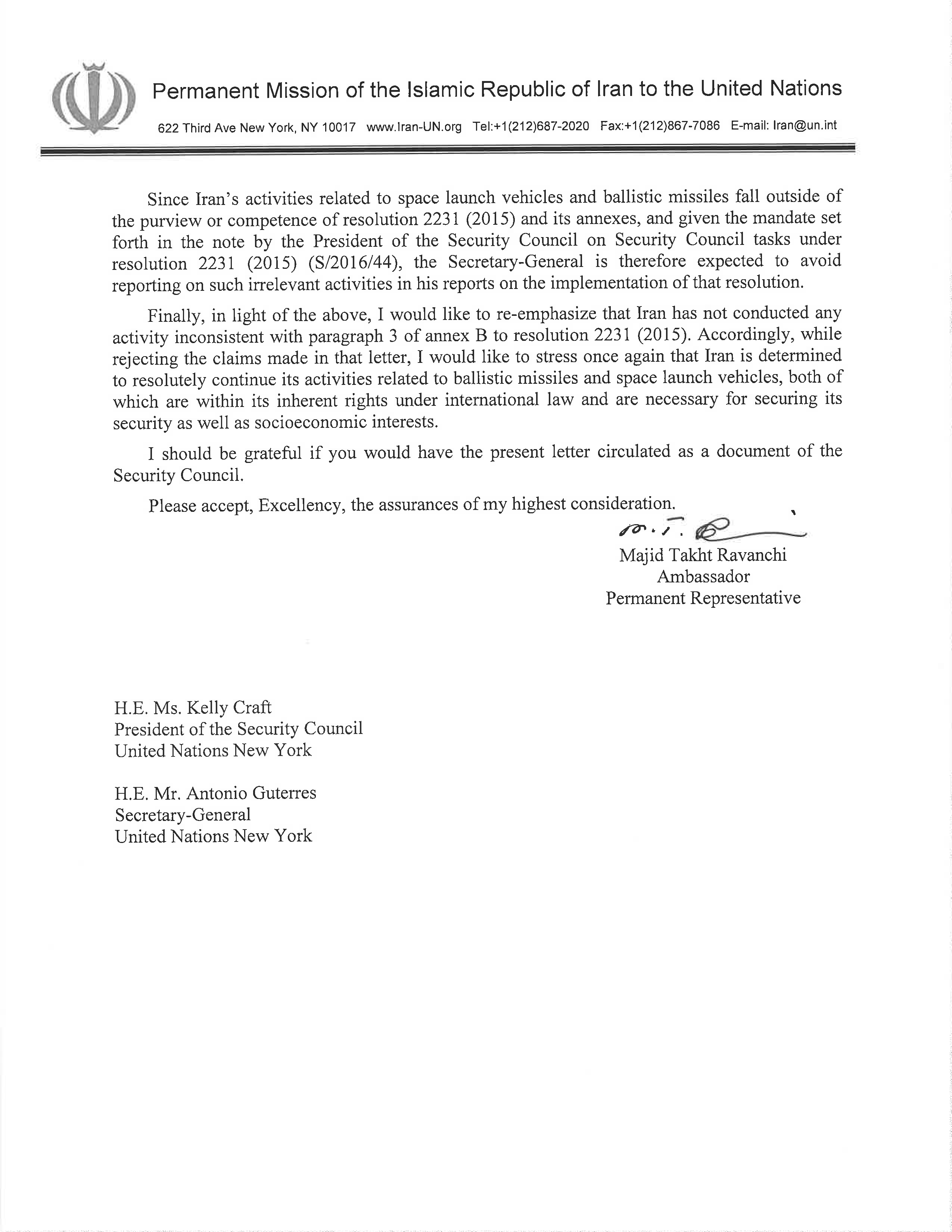