Large majorities of Iranians are critical of the government’s economic mismanagement and want it to do more to fight corruption, according to a new poll by the Center for International and Security Studies at Maryland and IranPoll.com. Half of respondents said unemployment or youth unemployment are the most important problems facing Iran. Despite widespread dissatisfaction with the current government, only 17 percent of respondents said they think the political system needs to undergo fundamental change. President Rouhani received somewhat or very favorable marks from 66 percent of Iranians.

The telephone survey of 1,002 Iranians was conducted from January 16 to 24, just weeks after protests broke out over economic hardships and corruption. The initial demonstrations were reportedly sparked by increases of up to 40 percent in staples, including eggs and poultry. The protests quickly morphed into anti-government demonstrations that spread to more than 80 cities. At least 20 people were killed and more than 3,000 arrested. But about two thirds of survey respondents said they police handled the protests well or somewhat well.

Several top U.S. officials, including President Donald Trump, said that they supported the protestors. Nearly half of Iranians, however, said those statements had no effect on advancing the demonstrators’ demands. And 39 percent of respondents said that the statements “mostly hurt” their cause. The following are key results of the poll related to the economy, politics and other domestic issues. 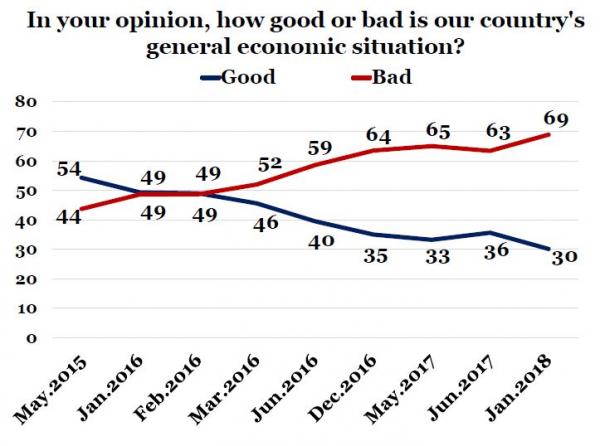 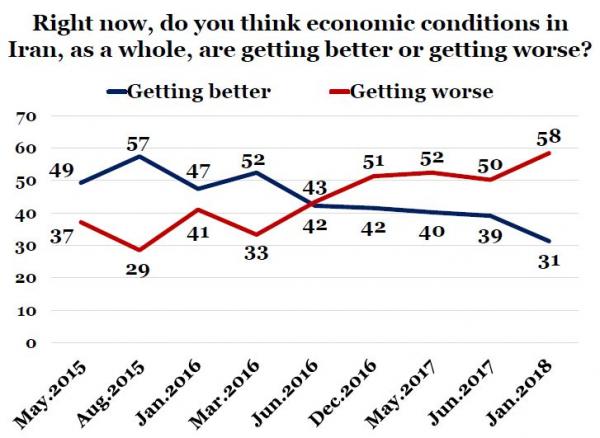 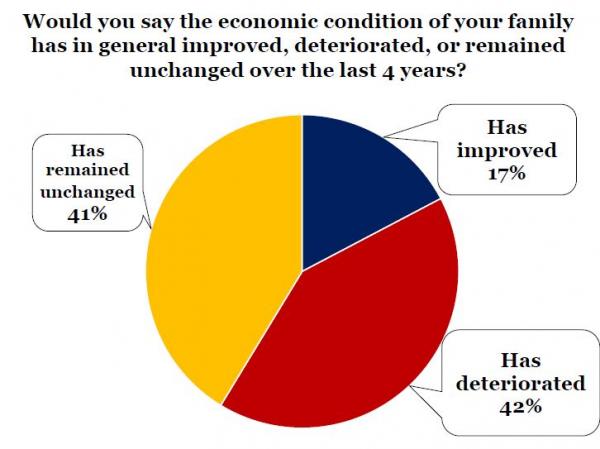 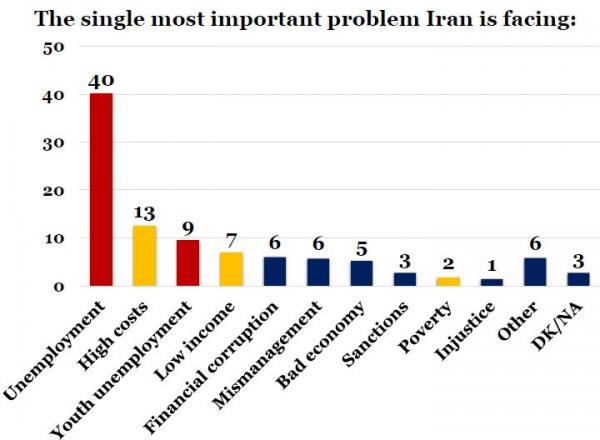 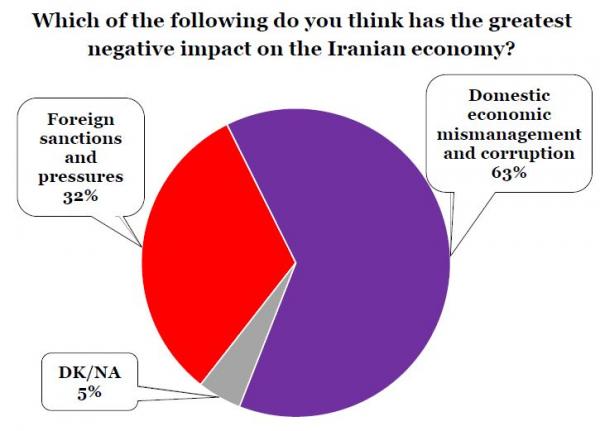 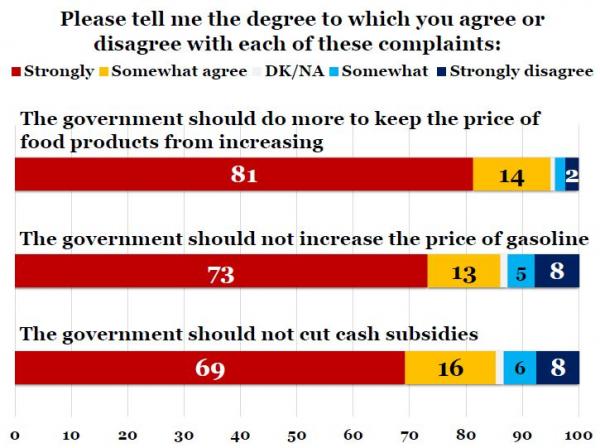 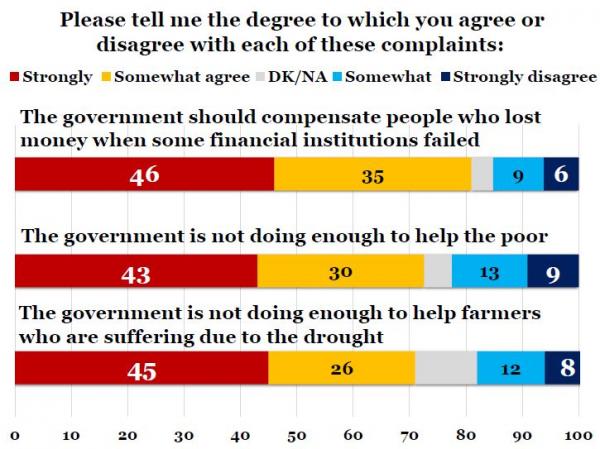 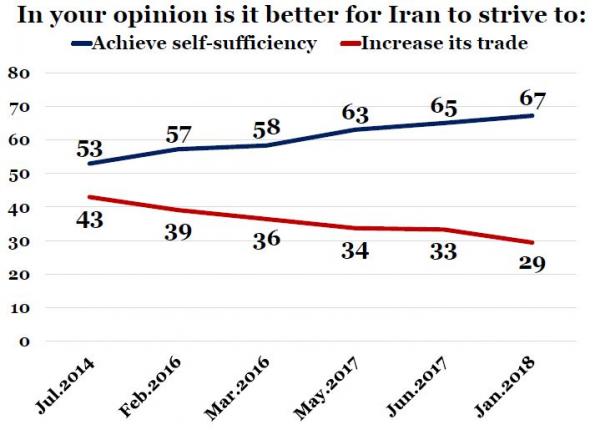 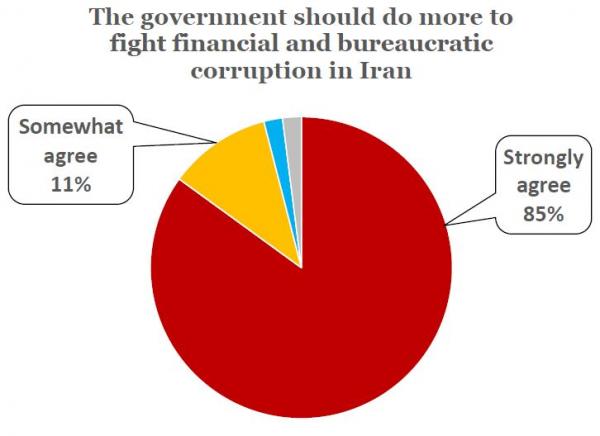 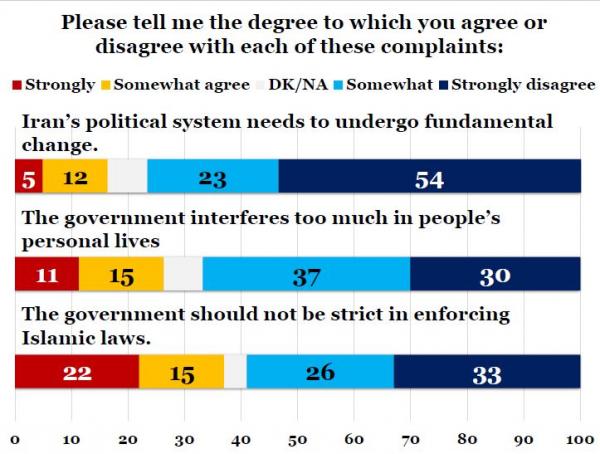 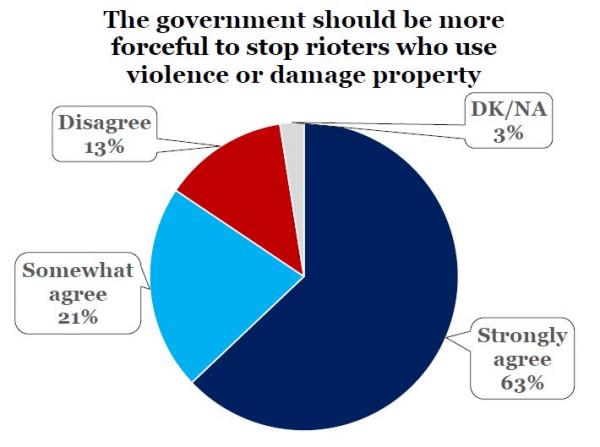 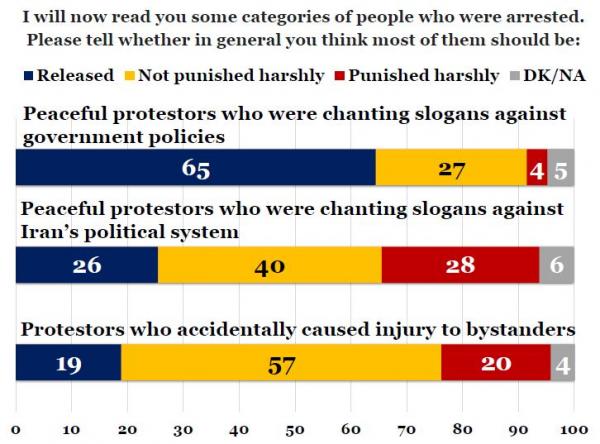 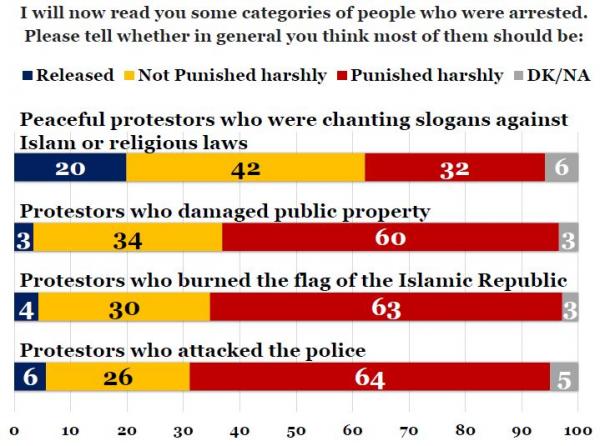 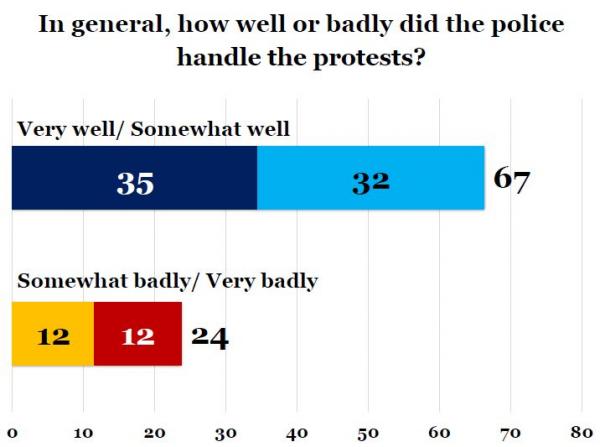 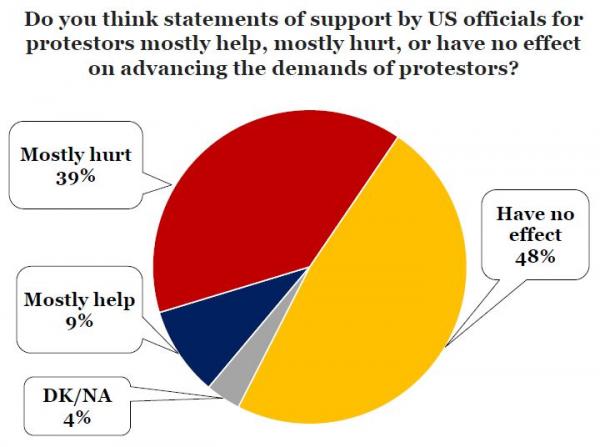 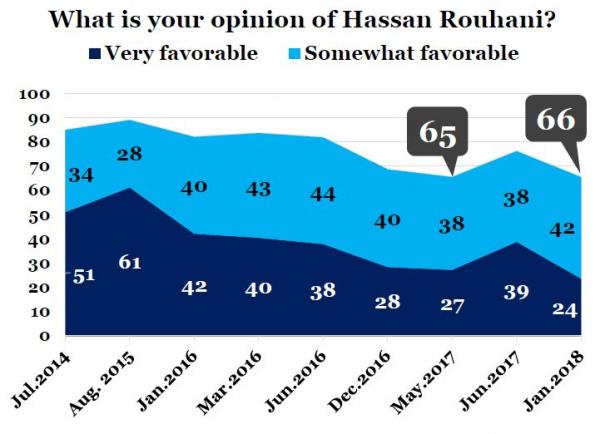 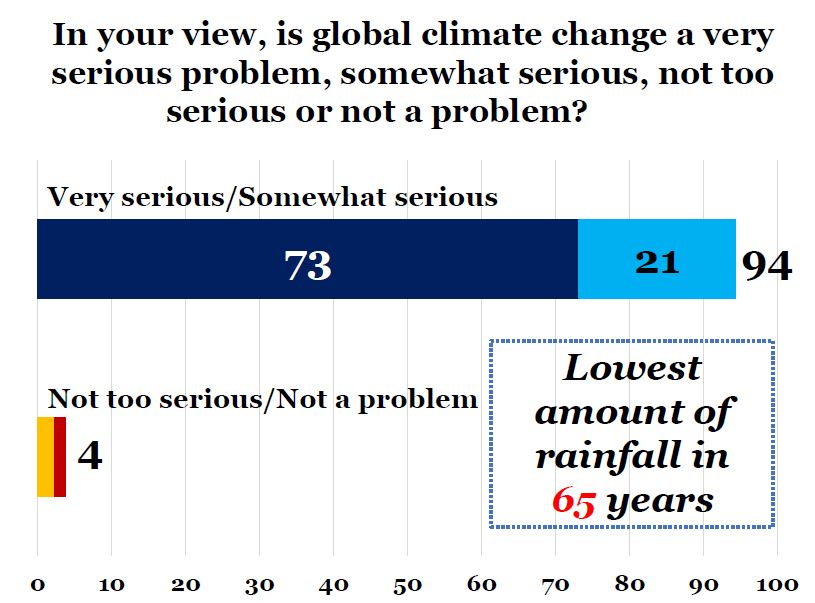 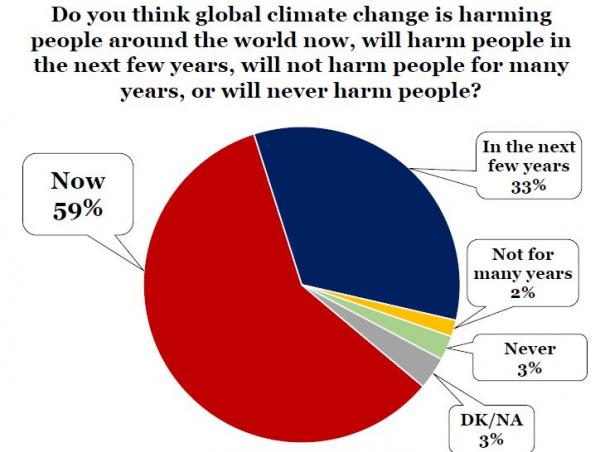 *Graphics used with permission of CISSM