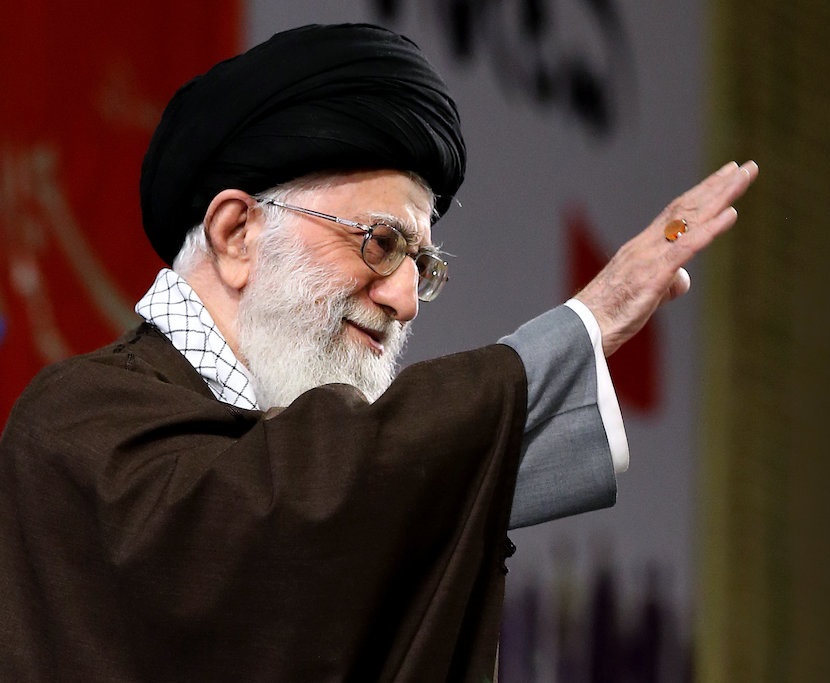 On September 25, the Kurdish Regional Government (KRG) in Iraq held a referendum on independence. Nearly 93 percent of 4.5 million voters supported turning the KRG and some disputed areas into an independent state. Iranian leaders were largely critical of the KRG’s decision to hold the vote, saying that it would bring further instability to the war-torn region. Supreme Leader Ayatollah Ali Khamenei accused the United States and foreign powers of trying to “create a new Israel” to serve their interests. President Hassan Rouhani called the plan to split Iraq a “foreign sectarian plot.”

Other leaders reiterated their desire to maintain good relations with the KRG despite the disagreement. Foreign Minister Mohammad Javad Zarif called the deal “a very serious mistake,” but emphasized that “Iran will forever be a friend to the Iraqi people, including this country’s Kurds, and does not hold the Iraqi people accountable for the strategic mistakes by some individuals.”

In what seemed like a show of support for the central government, Iranian and Iraqi forces conducted joint military exercises on the KRG border on October 2. Iran also halted flights to the KRG at the request of Baghdad. Iraqi Kurds have accused Iran of closing most of its border with the KRG to pressure them into reaching a compromise with Baghdad. The vote could have serious implications for Iran, which has its own restive Kurdish minority. Some 10 percent of Iran’s population is Kurdish. Thousands of Iranian Kurds took to the streets of Baneh, Saghez and Sanandaj to support the KRG move. The Democratic Party of Iranian Kurdistan, a political group and militia exiled in northern Iraq, also supported the referendum.

The following are excerpted remarks by Iranian leaders on the referendum.

"As far as we are concerned, Iraq is one single country. We do not accept any geographical changes."

"The people of Iraqi Kurdistan are our good neighbors and dear brothers, and we do not wish any pressure to be put on them, but the wrong decisions some leaders of the region have made should be compensated, and in this regard, Iran, Turkey and Iraq have no choice but to make decisions to pursue their strategic goals in the region."

The plan to split Iraq is a "foreign sectarian plot."
—Oct. 4, 2017, in remarks with Turkish President Recep Tayyip Erdogan via President.ir and Al Jazeera

“The U.S. and foreign powers are unreliable and seek to create a new Israel in the region.”

“In confronting this event, Iran and Turkey must take every possible measure and the Iraqi government must also seriously make decisions and take action on this issue.”
—Oct. 5, 2017, speaking during a meeting with Turkish President Tayyip Erdogan

“The Islamic Republic of Iran is an everlasting friend of the Iraqi people, including the Kurds of this country, and does not consider the strategic mistakes made by certain individuals as those of the Iraqi Kurdish people.”
—Oct. 6, 2017, speaking on the sidelines of the funeral proceedings for Jalal Talabani, Iraqi Kurdish leader and a former president

"The Iraqi people adopted the constitution and formed the central government in a democratic way and also cleared Iraq from ISIL’s presence with national unity. But conspiracies against Iraq have not ended and now the illegal referendum in Iraqi Kurdistan can damage this national unity and territorial integrity."
—Sept. 27, 2017, in a statement reported by ISNA

“The Zionist regime and the world Arrogance [U.S.] are behind this issue.”

"All Iranian flights to Soleimaniyeh and Erbil as well as flights from the Iraqi Kurdistan region passing through the Iranian airspace came to a halt at the demand of Iraq's central government."
—Oct. 6, 2017, during a ceremony

“Iran and Turkey share the same stance on the referendum in Iraqi Kurdistan and both insist on the sovereignty of Iraq.”

“The armed forces of both countries will increase cooperation in training and war games.”
—Oct. 2, 2017, reported by state news agency IRNA

"In the meeting, the territorial integrity and unity of Iraq and the illegitimacy of the independence referendum in northern Iraq were stressed again and necessary decisions were taken to provide security at the borders and welcome Iraq's central government forces to take position at border crossings."
—Oct. 1, 2017, speaking to press after a high-level meeting of Iranian commanders

“Our consultations in Baghdad is continuing and we make efforts so that developments would be managed following the referendum.”

“We should not allow the international boundaries to be distorted and we should fully support the territorial integrities of Iraq and Syria.”
—Sept. 29, 2017, in a telephone conversation with Turkish Prime Minister Binali Yildirim

“Iran has blocked air traffic to this region but we are hopeful that the four neighboring countries will block the land borders with Iraq too.”
—Sept. 25, 2017, reported by Reuters

The referendum would "create new tensions within Iraq as the issue of terrorism has not yet been resolved."

"Just as the Iraqi nation was moving toward the determination of its own destiny, terrorist currents formed multiple groups... [and] Daesh grew with the help of some regional countries and states like the US and seized parts of Iraq."
—September 2017 as reported by Press TV