The most interesting aspects of Iran’s second presidential debate, on May 5, were discussions of the nuclear deal and a nuanced but obvious question about the Revolutionary Guards. All six candidates implicitly supported the nuclear deal with the United States and five other major powers, which has been controversial inside the Islamic Republic. Even the two leading conservative candidates —Tehran Mayor Mohammad Bagher Qalibaf and mid-ranking cleric Ebrahim Raisi —formally committed to uphold the Joint Comprehensive Plan of Action (JCPOA), even as they argued that it has not yet yielded tangible benefits.

President Hassan Rouhani called out hardliners for their seemingly newfound support of the nuclear deal. “If you agree with the JCPOA, why did you put up billboards insulting our negotiators?” he asked. “What were you doing behind the scenes?” Rouhani said opponents moved in parallel with “Wahabbis, Zionists and hardline Americans” to challenge the deal. “When Donald Trump came to power, you were happy because he said he would tear it up,” Rouhani charged.

Rouhani even went on the attack in a thinly veiled jab at the powerful Revolutionary Guards, widely seen as bedrock support for conservative candidates. "We saw how they wrote slogans on missiles and showed underground [missile] cities to disrupt the JCPOA.” The Guards test-fired ballistic missiles with the phrase “Israel should be wiped off the Earth” written in Hebrew on the side. Public criticism of the IRGC is rare. Qalibaf is a former IRGC Air Force commander.

Rouhani and Vice President Eshaq Jahangiri, widely regarded on Iranian social media as the winners of the first debate, were not as well prepared for the second debate. But they held their own against Qalibaf, Raisi and former Culture Minister Mostafa Mir-Salim.

Qalibaf, who has run for president twice before, was the most outspoken of the conservatives. He repeatedly called Rouhani and his administration “four percenters,” a term he coined to suggest the incumbent represents only four percent of the population.

Raisi, who had been soft-spoken in the first debate, found his bearings and went after Rouhani, charging that the deal has not solved Iran’s unemployment problem. Mir-Salim, a former culture minister, challenged the ethics of government officials who hold run private businesses. In contrast, Mostafa Hashemitaba, a former vice president and industries minister, said the current government had endured a torrent of smear campaigns.

Diplomacy and the Economy 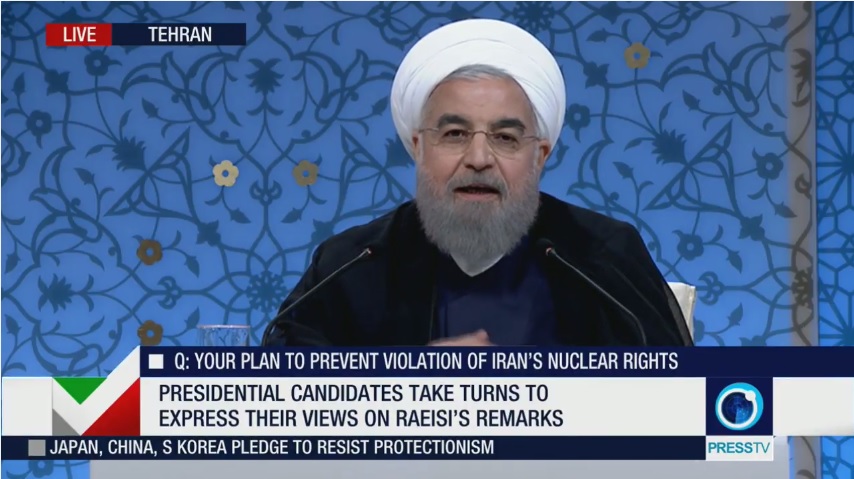 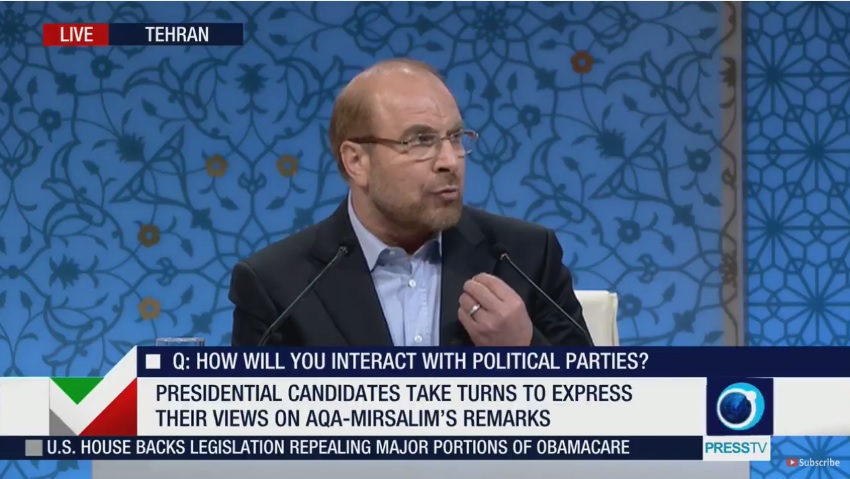 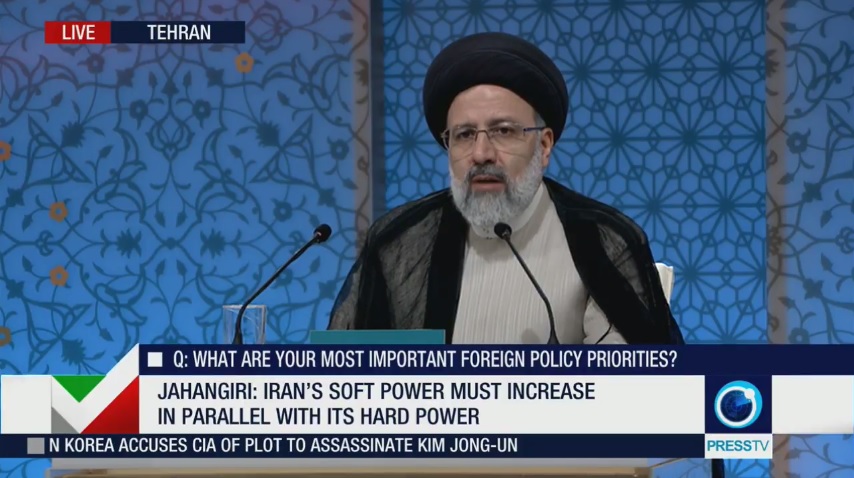 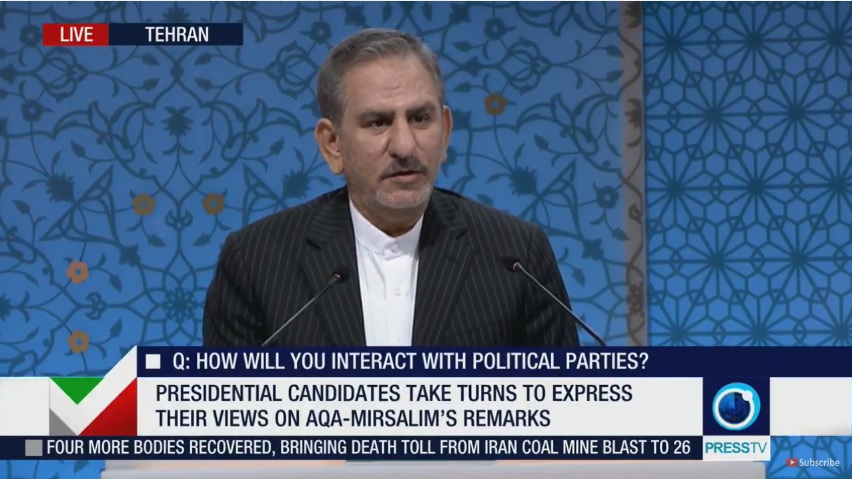 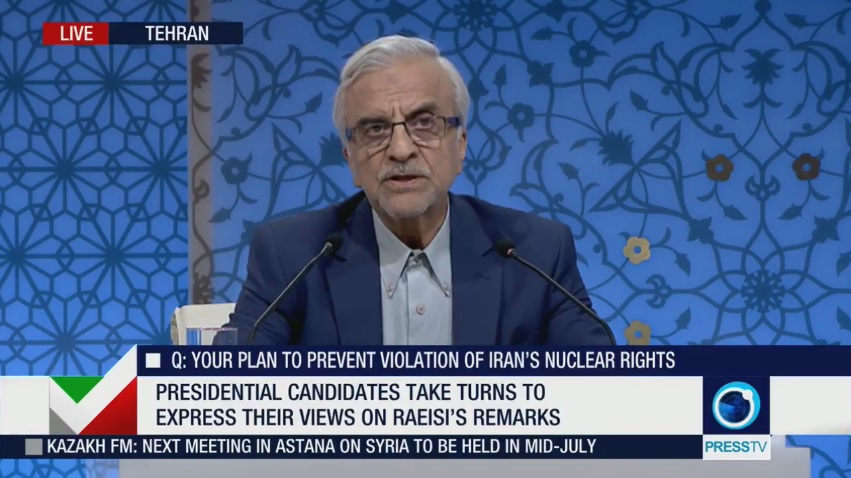