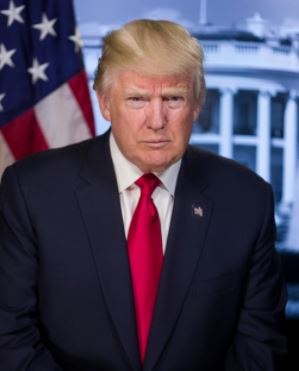 On July 17, President Donald Trump agreed to recertify Iran’s compliance with the nuclear deal. It was the second time he has done so since taking office. Trump reluctantly agreed only after arguing with his top national security advisors less than a week before the legal deadline, according to The New York Times. The administration must notify Congress every 90 days whether Iran is complying with the deal and if the United States will continue to waive nuclear sanctions as part of its commitment under the Joint Comprehensive Plan of Action (JCPOA).

During the presidential campaign, Trump pledged to “rip up” the agreement, which he views as a capitulation to Tehran. He has continued to criticize the deal, but rather than abandon it, he has taken a more aggressive posture towards the Islamic Republic by putting Iran “on notice” and imposing new sanctions. "Moving forward, the administration intends to employ a strategy that will address the totality of Iran's malign behavior and not just focus on the nuclear deal,” a senior administration official told CNN.

Iran’s foreign ministry denounced the sanctions as “contemptible and worthless” and warned of reciprocal action. “Surely, if the Americans seek to apply sanctions against us under whatever title or pretext, the great nation of Iran would aptly respond to them,” said President Hassan Rouhani.

The following is the full statement from the State Department outlining the new measures and the U.S. view of Iran’s behavior, including its detention of American citizens.

The United States remains deeply concerned about Iran’s malign activities across the Middle East which undermine regional stability, security, and prosperity. Iran continues to support terrorist groups such as Hizballah, Hamas, and Palestinian Islamic Jihad that threaten Israel and stability in the Middle East. Iran has maintained its steadfast support for the Assad regime, despite Assad’s atrocities against his own people. Iran also continues to provide the Houthi rebels in Yemen with advanced weaponry that threatens freedom of navigation in the Red Sea, has been used to attack Saudi Arabia, and is prolonging the Yemen conflict. Additionally, Iran continues to test and develop ballistic missiles, in direct defiance of UN Security Council Resolution 2231. The Joint Comprehensive Plan of Action (JCPOA) states the anticipation of JCPOA participants that “full implementation of this JCPOA will positively contribute to regional and international peace and security.” However, Iran’s other malign activities are serving to undercut whatever “positive contributions” to regional and international peace and security were intended to emerge from the JCPOA.

In response to these continued Iranian threats, the Administration today announces that it has designated 18 entities and individuals supporting Iran’s ballistic missile program and for supporting Iran’s military procurement or Iran’s Islamic Revolutionary Guard Corps (IRGC), as well as an Iran-based transnational criminal organization and associated persons. Today’s actions were taken pursuant to Executive Order (E.O.) 13382, which targets proliferators of weapons of mass destruction and their means of delivery and supporters of such activity, as well as E.O. 13581, which targets transnational criminal organizations.

Specifically, the U.S. Department of State designated two entities pursuant to E.O. 13382 for engaging, or attempting to engage, in activities or transactions that have materially contributed to, or pose a risk of materially contributing to, the proliferation of weapons of mass destruction or their means of delivery. The State Department designated the IRGC Aerospace Force Self Sufficiency Jihad Organization (ASF SSJO), which is involved in Iranian ballistic missile research and flight test launches. In addition, the State Department designated the IRGC Research and Self Sufficiency Jehad Organization (RSSJO), which is responsible for the research and development of ballistic missiles.

Additionally, the U.S. Department of the Treasury’s Office of Foreign Assets Control (OFAC), designated seven entities and five individuals for engaging in activities in support of Iran’s military procurement or the IRGC, as well as an Iran-based transnational criminal organization and three associated persons. Today’s action targets three networks supporting Iran’s military procurement or the IRGC through the development of unmanned aerial vehicles and military equipment for the IRGC, the production and maintenance of fast attack boats for the IRGC-Navy, or the procurement of electronic components for entities that support Iran’s military. OFAC also designated two Iranian businessmen and associated entities who orchestrated the theft of U.S. and western software programs which, at times, were sold to the Government of Iran.

The Iranian regime also continues to detain U.S. citizens and other foreigners on fabricated national-security related charges. We call upon Iran to release U.S. citizens Baquer Namazi, Siamak Namazi, and Xiyue Wang, and all other unjustly detained U.S. citizens, so that they can be reunited with their families. The United States is deeply concerned about reports of the declining health of the Namazis, Wang, and other detained U.S. citizens. Iran should immediately release all of these U.S. citizens on humanitarian grounds. It has also been more than a decade since Robert Levinson disappeared from Iran’s Kish Island. Iran committed to cooperating with the United States in bringing Bob home and we call on Iran to fulfill this commitment. The United States remains unwavering in its efforts to return Bob to his family. The Federal Bureau of Investigations (FBI) has offered a $5 million reward for any information that could lead to Bob’s safe return. We call on anyone with information about this case to contact the FBI at http://tips.fbi.gov or email the FBI at levinsonfbireward@ic.fbi.gov. Information will be kept confidential and can be provided anonymously.

Iran’s regime has an egregious human rights record, which includes denial of the freedom of religion or belief as well as other human rights and fundamental freedoms to individuals in Iran. Notably, arbitrary arrest and detention of members of religious minorities and political activists, is common as is the use of torture and other forms of abuse in detention. On June 27, the United States released its annual report on Trafficking in Persons. In the report, Iran is again ranked as a Tier 3 country because it does not take significant steps to address its extensive trafficking problem nor does it fully meet the minimum standards for the elimination of trafficking and is not making significant efforts to do so. Iran is a source, transit, and destination country for men, women, and children subjected to sex trafficking and forced labor. Notably, Iran also coerces Afghan refugees into participating in combat in Syria, deporting those who refuse to do so, and it supports militias fighting in Iraq that recruited and used child soldiers. These abhorrent abuses only fuel conflict throughout the Middle East.

As part of his country’s commitments under the Joint Comprehensive Plan of Action (JCPOA), the new US President extended the waiver of anti-Iran sanctions imposed by the US Congress. As per the nuclear deal, the US president is obliged to use his authority to cease the application of the nuclear-related congressional sanctions against Iran, and frequently extend this waiver.

At the same time, the US secretary of state once again confirmed Iran’s compliance with the nuclear deal in a letter to the US Congress in a move that ran counter to all their previous claims.

Despite fulfilling these obligations, the US administration added a number of other Iranian and non-Iranian natural and legal persons to the list of its unilateral and illegal sanctions under the pretext of supporting Iran’s missile program. The Trump administration made the move to compensate for its failure to persuade its European allies into withdrawing from the nuclear deal.

The Foreign Ministry of the Islamic Republic of Iran condemns Washington’s contemptible and worthless move to add new names to the list of its illegal sanctions, and will reciprocate the move by imposing sanctions on a number of American natural and legal persons who have taken steps against the Iranian people and other Muslim nations in the region. The names of these individuals will be announced soon.

“Surely, if the Americans seek to apply sanctions against us under whatever title or pretext, the great nation of Iran would aptly respond to them.”

“We are glad that our partners in the P5+1 have steadfastly employed perseverance to safeguard the JCPOA.”

“As always, Americans resorted to duplicity in their actions.”

“…the US cannot be a promoter of human rights, legal positivism, stability, and security in the world. A party, which is not stable itself, does not respect laws and regulations, and does not honor its own signature, cannot invite others to stability, security, and calm.”

“It [ the latest U.S. move] violates the spirit of the [nuclear] deal. We will look at it and see whether it violates the letter of the deal, and we will act accordingly.”

“Islamic Revolution’s domain of influence is quite vast today and is parallel to US interests in most parts of the world; Iran is a power in the region today and in case Americans attempt to continue imposing sanctions on the IRGC and defense issues of Iran, they will be forced to remove all their regional military bases up to 1000 km far way.”

“The great nation of Iran has prepared itself to stand in the face of pressures cause by US sanctions.”

“Iran’s missile power in air, sea and on land is rapidly increasing, and this is an inalienable principle for us.”

― July 20, 2017, addressing commanders of the IRGC Ground Forces in Mashhad, according to Mehr News, Iran Front Page News and PressTV

“Drawing an analogy between the IRGC and terrorist groups and imposing the same sanctions (used against terrorists) on the IRGC would be a big risk to the US and its bases and forces stationed in the region.”

“The Islamic Republic of Iran’s missile power is defensive and is never negotiable at any level.”