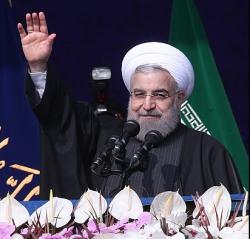 On February 10, Iranians celebrated the 38th anniversary of the Islamic Revolution. The popular uprising, led by the late Ayatollah Ruhollah Khomeini, led to the ouster of Mohammed Reza Shah Pahlavi and ended centuries of monarchical rule. Each year, Iranians hold mass rallies across the country and the president addresses the nation. Iran “won’t give in to bullying and threats,” President Hassan Rouhani told a crowd in Tehran, where hundreds of thousands turned out for a march. “Some newcomers have come to power in the U.S. and the region,” Rouhani said, alluding to the Trump administration. “They should know that Iranian nation must be talked to with respect.”

Anti-U.S. sentiment in Tehran, however, was reportedly more subdued than in previous years. The burning of U.S. and Israeli flags and shouts of “Down with the U.S.A,” were not as prevalent. No missiles were put on display either, so the overall tone of the march, though still anti-Western, was not as aggressive. Many demonstrators echoed recent remarks by the supreme leader, condemning President Donald Trump’s recent Executive Order that aimed to ban citizens of seven Muslim-majority countries — Iran, Syria, Somalia, Sudan, Libya, and Yemen — from entering the United States for 90 days.

But in the run up to the march, Iranians on social media called on their fellow citizens using the hashtag #LoveBeyondFlags to not burn U.S. flags, but instead to thank American protesters for opposing the ban.

Iran celebrates the anniversary of its revolution with far less of the usual U.S. flag burning https://t.co/oKYmG3xQVD pic.twitter.com/1LjYIWpI1v

The good, the bad and the ugly at today's revolution anniversary in #Tehran. pic.twitter.com/wH4Z7K8ZSK

That's new at Islamic revolution anniversary rally: DOWN WITH US REGIME, LONG LIVE US PEOPLE pic.twitter.com/YONq7LyaEl 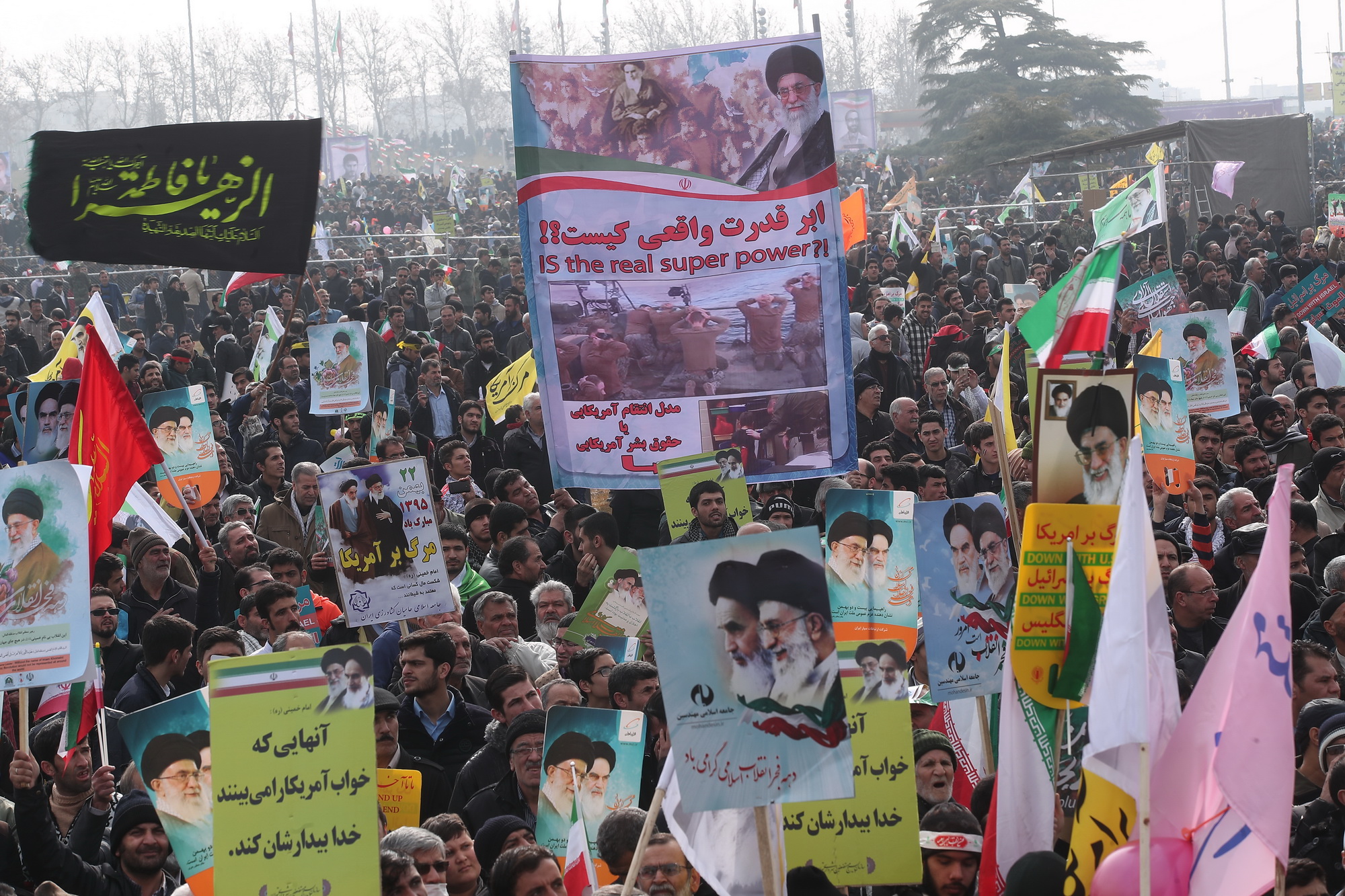 The poster in the center reads "Who is the real super power?" and "May God awaken those who dream of America."

Free polish for marchers on US flag at 38th anniversary of Iran's Islamic revolution rally pic.twitter.com/8liRF3mXnp 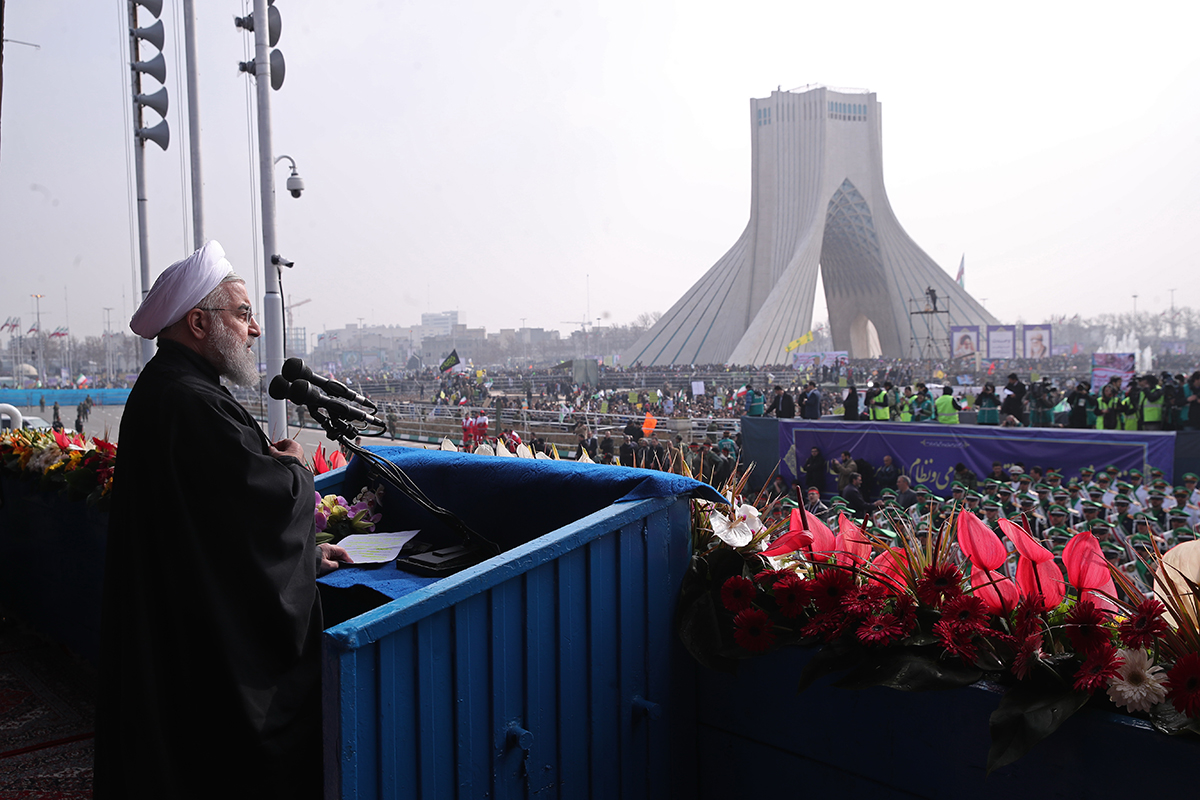 President Hassan Rouhani: "Those who threaten our government and armed forces should know that the Iranian nation is integrated and vigilant and will stand against the enemies forever. We are not seeking tension in the region and the world but will stand against those who want to take advantage of our country."

The head of the Revolutionary Guards' elite Qods Force, Qassem Soleimani, attended the march as well.