On January 29, Iran test launched a medium-range ballistic missile. U.S. defense officials said the test seemed to be a failure because the missile crashed or exploded after flying more than 500 miles. The United States called for an emergency U.N. Security Council meeting, which was held on January 31, to discuss the matter. On February 1, National Security Advisor Michael Flynn officially put the Islamic Republic “on notice.” President Trump echoed Flynn's remarks in tweets. On February 3, the U.S. Treasury announced new sanctions on 13 individuals and 12 entities for contributing to proliferation of weapons of mass destruction or for links to terrorism. The following is Flynn's statement with reactions by other U.S. and Western leaders. 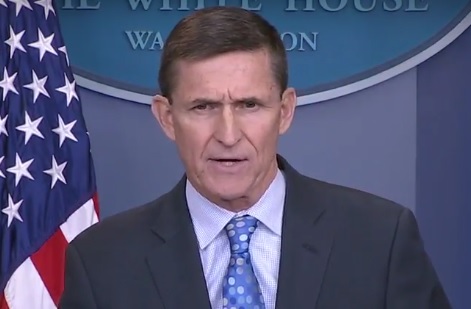 “Recent Iranian actions, including a provocative ballistic missile launch and an attack against a Saudi naval vessel conducted by Iran-supported Houthi militants, underscore what should have been clear to the international community all along about Iran’s destabilizing behavior across the Middle East.

These are just the latest of a series of incidents in the past six months in which Houthi forces that Iran has trained and armed have struck Emirati and Saudi vessels, and threatened U.S. and allied vessels transiting the Red Sea.  In these and other similar activities, Iran continues to threaten U.S. friends and allies in the region.

The Obama Administration failed to respond adequately to Tehran’s malign actions—including weapons transfers, support for terrorism, and other violations of international norms.  The Trump Administration condemns such actions by Iran that undermine security, prosperity, and stability throughout and beyond the Middle East and place American lives at risk.

President Trump has severely criticized the various agreements reached between Iran and the Obama Administration, as well as the United Nations – as being weak and ineffective.

Instead of being thankful to the United States for these agreements, Iran is now feeling emboldened.

As of today, we are officially putting Iran on notice.”

Iran has been formally PUT ON NOTICE for firing a ballistic missile.Should have been thankful for the terrible deal the U.S. made with them!

Iran was on its last legs and ready to collapse until the U.S. came along and gave it a life-line in the form of the Iran Deal: $150 billion

*As part of the nuclear deal, Iran received access to some $56 billion of its own money that had been frozen, according to then-Treasury Secretary Jack Lew. Others have estimated Iran gained access to about $100 billion. The United States, however, did not give Iran $150 billion.

Iran is playing with fire - they don't appreciate how "kind" President Obama was to them. Not me!

O’Reilly: Let's talk about Iran, your assessment. Do you think we're on a collision course — we being the United States — with that country?

We gave them $1.7 billion in cash, which is unheard of, and we put the money up and we have really nothing to show for it.

O’Reilly: Possible you’ll tear it up?

Trump: We’ll see what happens. We’re going to see what happens. I can say this: They have total disregard for our country. They are the number one terrorist state, they are sending money all over the place, and weapons, and you can’t do that.

O’Reilly: Sanctions, that’s how you’re gonna start with them. But you’re moving a carrier right?

Trump: I never talk about military moves. I always criticized President Obama with having an announcement that they’re going into Mosul. They give the name, the date the time. I don’t believe in that.

O’Reilly: So you’re not real bullish on Iran at this point.

Trump: I’m not bullish. I think they have total disrespect for our country and I understand that deal. I would have lived with it if they said “OK, were all together now,” but it’s just the opposite. It’s like they’re emboldened. They follow our planes, they circle our ships with their little boats and they lost respect because they can’t believe anybody could be so stupid as to make a deal like that.

"I will tell the people across the world that is something you should be alarmed about," Haley told reporters after the Security Council's consultations on Iran. "The United States is not naïve. We are not going to stand by. You will see us call them out as we said we would and you are also going to see us act accordingly."

“When actions are taken that violate or are inconsistent with the resolution, we will act to hold Iran accountable and urge other countries to do so as well,”

“No longer will Iran be given a pass for its repeated ballistic missile violations, continued support of terrorism, human rights abuses and other hostile activities that threaten international peace and security,”

“I look forward to working with my colleagues and the administration to hold Iran accountable for this and other violations while ensuring radical enforcement of existing restrictions on its nuclear program.”

I am in favor of new sanctions on #Iran. The last administration appeased #Iran far too much. It's time for that to end. pic.twitter.com/a5OqyZ3S2m

“Reports of an Iranian ballistic missile test are alarming and ought to be a reminder to all of us that Iran’s autocratic regime continues to flout international laws and U.N. Security Council resolutions as it pursues regional hegemony through threats and intimidation.  While this missile test appears to have failed, there can be no doubt that Iran will continue to invest in ballistic missile development as long as it can do so unimpeded.  That is why I continue to believe that Congress must act and pass ballistic missile sanctions, which would target Iranian entities involved in these launches and third party entities providing support.  The President and his national security team must work in concert with our military, our allies, and with both Democrats and Republicans in Congress to ensure that Iran is held fully accountable for its actions and is made to understand the consequences of not halting its illegal ballistic missile program.”

"France has expressed its concern at Iran's continuation of its ballistic missile tests on several occasions,"

Calling the test "contrary to the spirit" of the U.N. Security Council resolution

"We harbour real concerns about the US administration's attitude towards this agreement."

—Jan. 31, 2017, at a press conference in Tehran just before an emergency U.N. Security Council meeting

“[T]he Iranian ballistic-missile program was not part” of the nuclear deal “heance the tests are not a violation of it.”

She called for Iran to “refrain from activities which deepen mistrust" and said the test was “inconsistent” with the U.N. resolution.

"Such actions, if they took place, do not breach the resolution,"

Demands for UN talks were "heating up the situation."

The reports of the test “give reasons for serious concern” and are incompatible with resolution 2231.

“What we need are de-escalation, confidence-building and a constructive Iranian role in in the resolution of regional conflicts.”

“UN Security Council resolution. At my upcoming meeting with President Trump in Washington, I intend to raise the renewal of sanctions against Iran in this context and in other contexts. Iranian aggression must not go unanswered.”
—Jan. 30, 2017 in a Facebook post about the missile launch accompanied by a video in Hebrew
"I know that this bothers not only Israel, and not only the US but other countries in the region. Iran's aggression should not be ignored."