Americans are divided on their opinion of the Iran nuclear deal and President Donald Trump’s decision to not certify Tehran’s compliance, according to a new survey conducted by Shibley Telhami and Stella Rouse at the University of Maryland. The following are key results from the poll carried out November 1-6, 2017 with a margin of error of 2.19 percent.

Assuming both the United States and Iran fully comply with the Iran Nuclear Deal as it stands, tell me the extent to which you agree with the following about maintaining the nuclear deal: 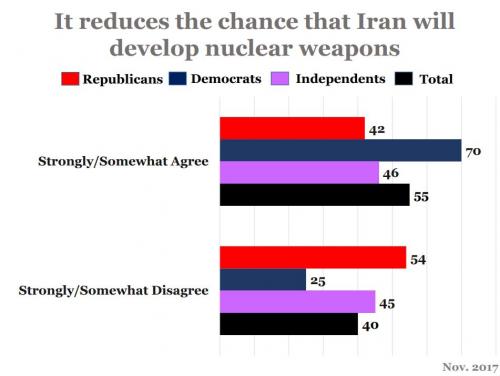 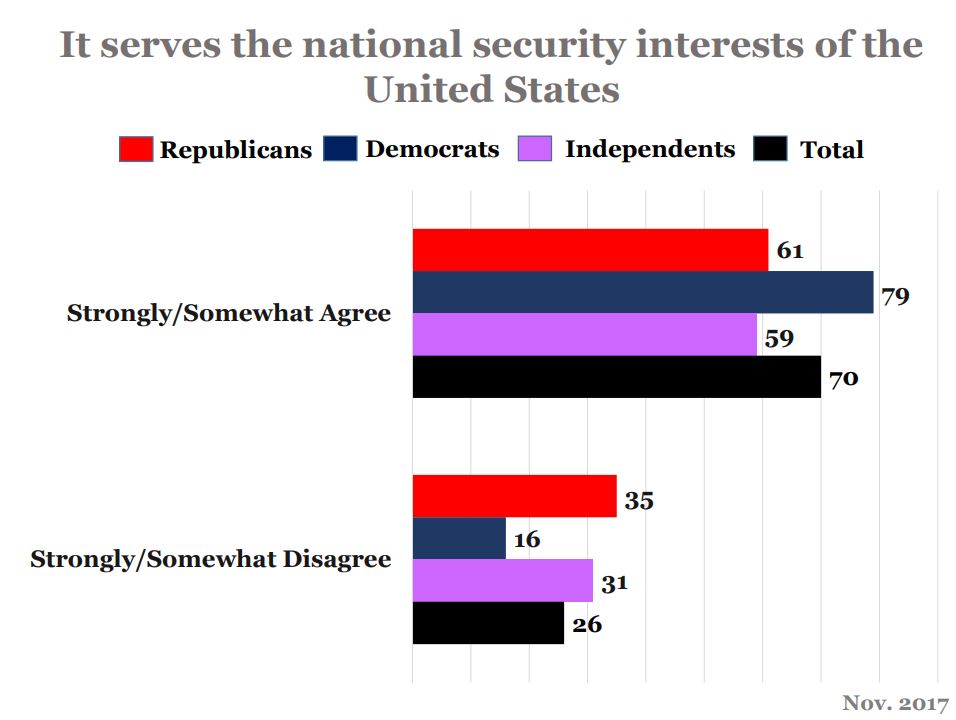 On issues not related to the nuclear deal, such as Iran’s conventional weapons and regional policies, Congress is not limited by the Iran Nuclear Deal from imposing Iran sanctions. In fact, such sanctions are already in place. However, Congress will likely consider in the coming weeks imposing nuclearrelated sanctions that would violate the Iran nuclear deal.

On a scale of 1-4, which of the following should Congress consider the most when deciding whether or not to impose nuclear-related sanctions on Iran? 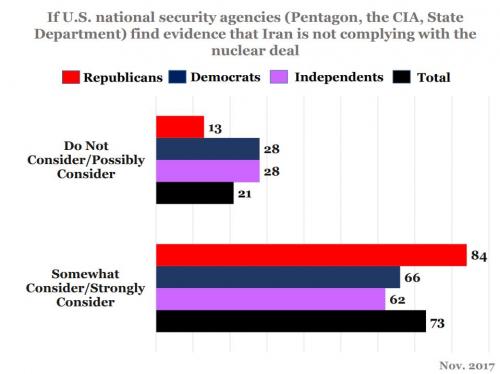 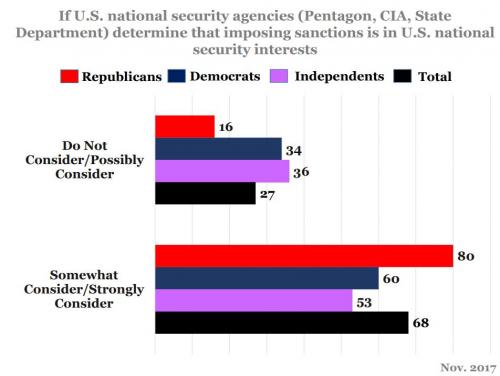 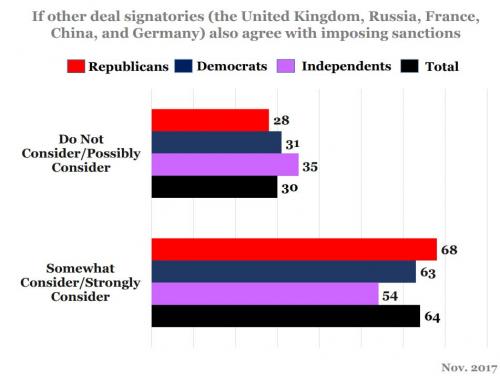 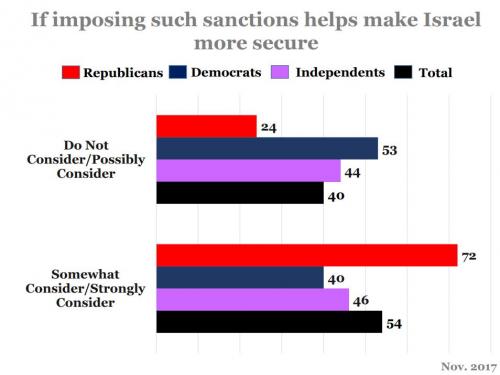 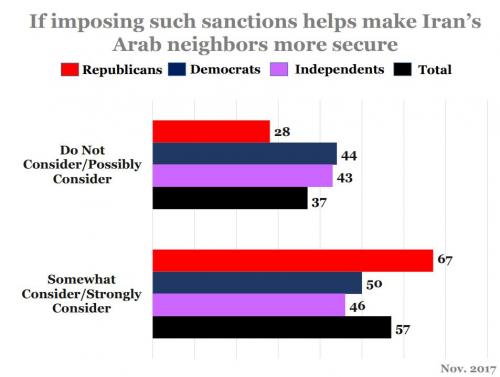 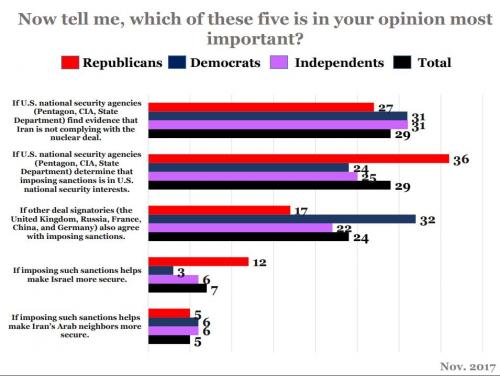 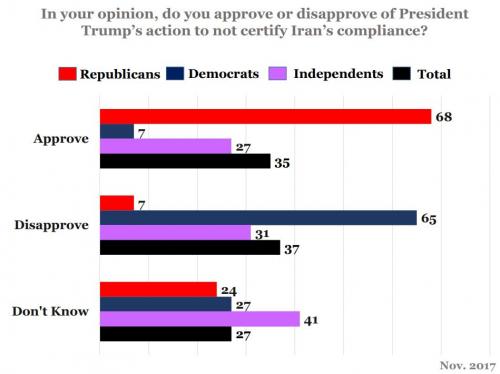 The survey was carried out November 1-6, 2017 online from a nationally representative sample of Nielsen Scarborough’s probability-based panel, originally recruited by mail and telephone using a random sample of adults provided by Survey Sampling International. The national sample was 2,000, including a down-weighted oversample of 1,042 among 18-34 year olds. Responses were weighted by age, gender, income, education, race, and geographic region using benchmarks from the US Census. The survey was also weighted by partisan identification.The margin of error is 2.19%