On April 28, the six candidates vying for Iran’s presidency engaged in a fiery first debate. Tehran mayor Mohammad Baqer Qalibaf challenged President Hassan Rouhani’s economic record. “You are the government of the four percent,” Qalibaf told Rouhani, accusing the president of working to benefit Iran's elite. Qalibaf also said the government has not helped Tehran enough and that officials need to get out of their offices and observe how regular people live. The incumbent responded forcefully to Qalibaf’s accusations, saying that the mayor issued building permits to the wealthy.

One of the most heated exchanges was over Qalibaf’s claim that Rouhani promised to create 4 million jobs. Rouhani denied this and called his opponent a liar. Qalibaf held up a printed page from Rouhani’s website as evidence. Rouhani said his statement was taken out of context and that he said an influx of 10 million tourists could create four million jobs.

Rouhani appeared cool and confident, except for a few exchanges with Qalibaf. Rouhani spent much of the debate citing his government’s achievements and defending his record. But his vice president, Eshaq Jahangiri, played a more offensive role as a wingman. Jahangiri insinuated that Qalibaf’s supporters attacked the Saudi Embassy in Tehran in January 2016, which he alleged made tourists and foreign investors hesitant to visit Iran. 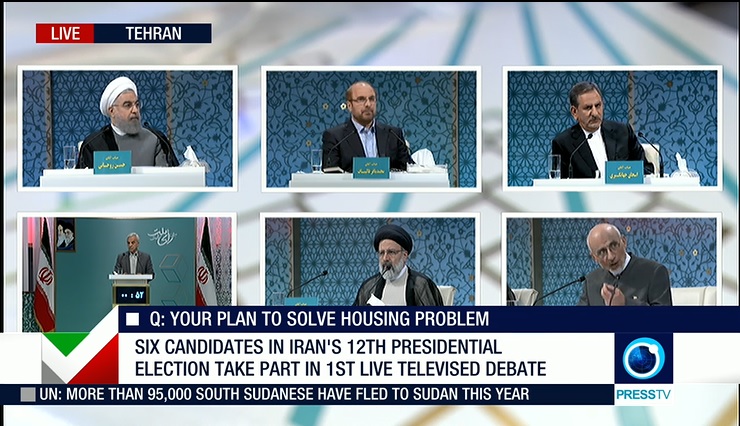 Jahangiri said that Qalibaf does not have much to show after 12 years of mayor, except construction. He criticized for Qalibaf for “speaking like he is in charge of the country” and rhetorically asked why the municipality had not yet managed to separate garbage for recycling.

In another jab, Jahangiri referred to the January 2017 collapse of the Plasco high-rise building that left some 30 dead. Many Tehran residents held Qalibaf responsible and some called for his resignation. Jahangiri said that he would apologize to the Iranian nation whenever needed. Jahangiri also accused Qalibaf of creating security forces that beat-up street salesmen.

Qalibaf, on the other hand, questioned Jahangiri’s candidacy. He accused him of being a surrogate of Rouhani and said his participation was taking time away from the other candidates. Jahangiri is widely expected to withdraw before the election in favor of Rouhani. But he said that he is ready to put himself to the vote after years of experience as a governor, minister and vice president. Jahangiri responded harshly to Qalibaf and to hardliners more generally. “You have deprived reformists of all of their rights. You don’t even want them to have a representative in the election. I am here representing reformists to highlight what you have done with this movement,” he said.

Overall, Jahangiri appeared confident and well-prepared for the debate. He had no trouble citing specific facts and figures. A former vice president under Mohammad Khatami called him the “phenomenon” of the debate. Many Iranians on social media declared Jahangiri the winner of the debate, referring to him as “Super Eshaq.”

Hardliner cleric Ebrahim Raisi, performed weakly in the debate. Although he managed to stay above the fray, Raisi also came off timid. He often highlighted social problems without taking Rouhani to task and did not offer many specific solutions beyond tripling cash handouts to poor people. Raisi will need to do more to distinguish himself in the coming weeks. Unlike Rouhani and Qalibaf, he was largely unknown going into the campaign. In a national survey conducted April 11-14, some 46 respondents said they did not know him.

Mostafa Hashemitaba, a former minister of heavy industries, also did not get into any serious arguments during the debate. The pro-reform candidate also did not criticize Rouhani. Like Rouhani, he also emphasized the need for foreign investment. Hashemitaba said two other major issues facing the country are employment and housing.

Mostafa Mir-Salim, a conservative member of the Expediency Council, was among the least prepared of the three conservative candidates. The former culture minister’s main message was that Iran’s manpower is its greatest asset. He sometimes used his rebuttal time to ask the candidate at the podium additional questions or critique his opponents’ arguments. But he did not offer many of his own ideas.

The following is a rundown of the candidate’s main points. The next debates will focus on economic and political issues. 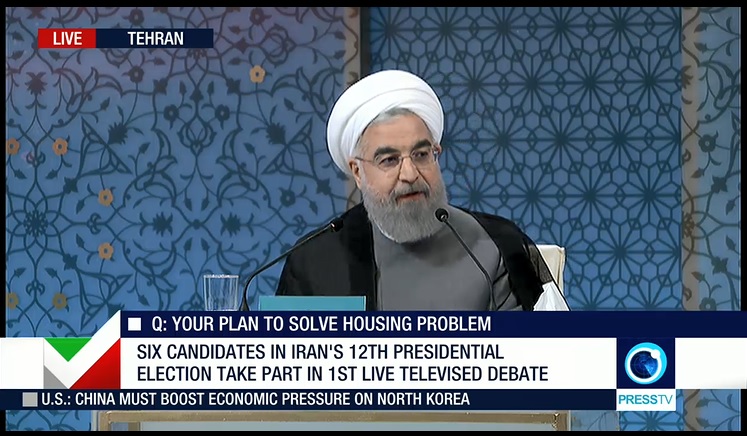 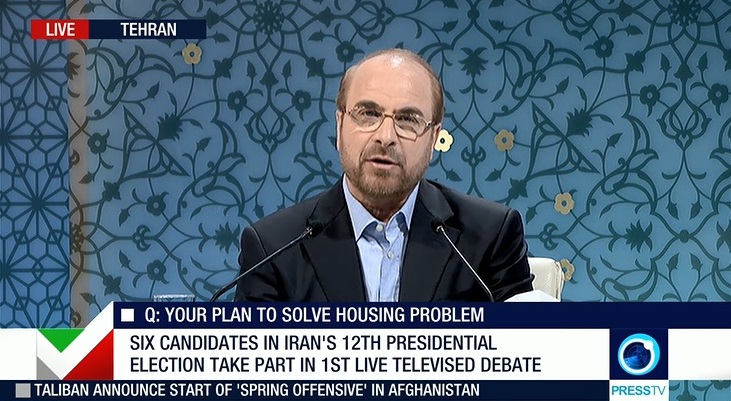 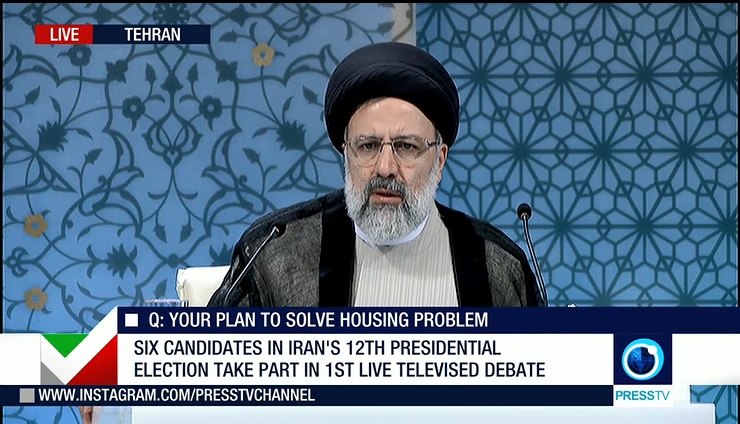 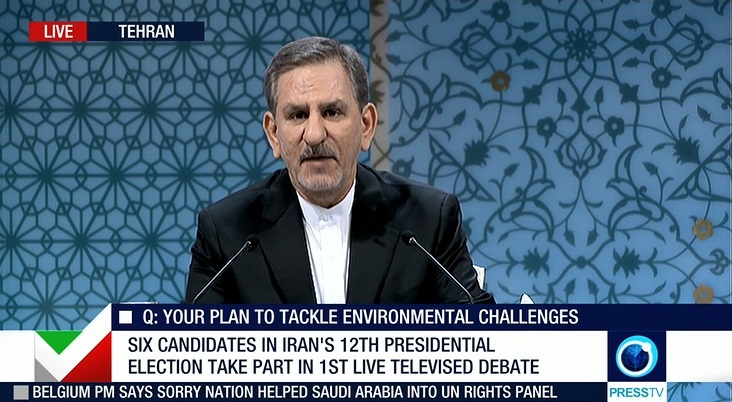 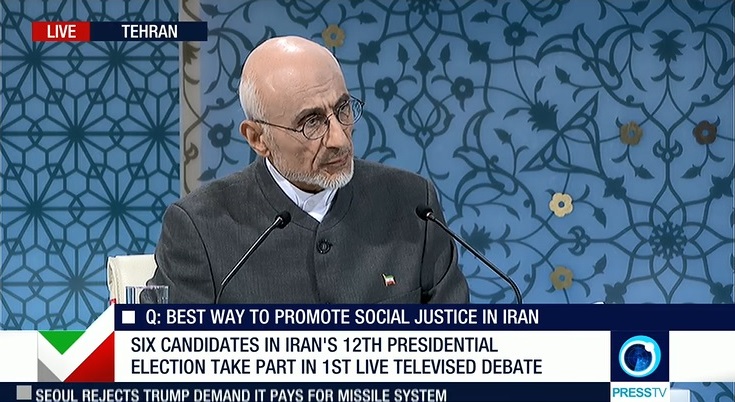 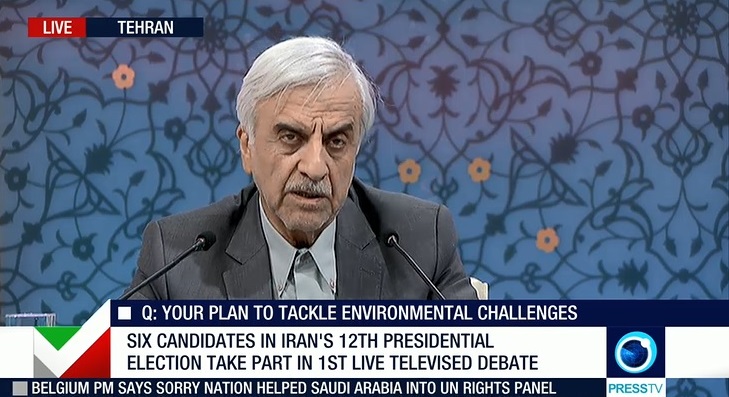