The economy is the most important issue for Iranian voters in the upcoming election, according to a new study by IranPoll.com. Some 42 percent of respondents said unemployment is the number one challenge that the next president should address, followed by youth unemployment and other economic problems. Citizens’ perceptions about the economy are likely to play a critical role in the May 19 presidential election. 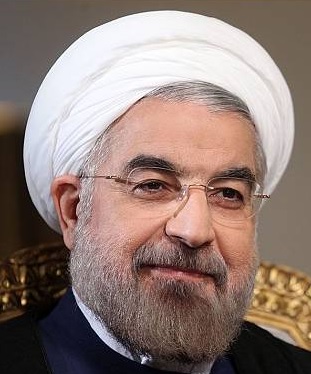 Incumbent Hassan Rouhani has started to defend his record and highlight the benefits of the nuclear deal, which led to sanctions relief. But a large majority of respondents, 72 percent, said the economy has not improved because of the agreement. Some 42 percent of respondents said President Hassan Rouhani has been somewhat or very successful in resolving Iran’s economic problems. But nearly two thirds of Iranians think their country’s economy is either somewhat or very bad. Although the last four presidents served two consecutive terms, Rouhani’s reelection is not assured. More respondents had favorable views of Tehran mayor Mohammad Bagher Qalibaf than Rouhani, 67 percent compared to 62 percent, respectively. The following are results of the telephone poll conducted between April 11 and April 14, 2017, among a representative sample of 1,005 Iranians with a margin of error of +/-3.09 percent.

1. Which of the following best describes your current level of income?

2. As compared to 4 years ago, has your family’s economic living situation improved, deteriorated, or remained roughly unchanged?

3. How good or bad is the current economic situation of our country?

4. Is the economic situation of our country getting better, getting worse, or has remained roughly unchanged?

5. To what degree President Rouhani has or has not been successful in resolving our country’s economic problems?

6. Do you think the economic situation of ordinary people has or has not improved as a result of the nuclear deal? [If it has, ask: very, somewhat, or only a little]

7. What is your opinion of:

8. What is the most important issue facing our country that Iran’s next president should try to address? [Open-ended]

9. Notwithstanding who you will vote for in the upcoming election, which of the following figures do you think can better accomplish these goals if he were to become Iran’s next president?

10. How likely do you think it is that President Rouhani might lose in the upcoming presidential election?