Iran’s ranking on the annual Fragile States Index improved slightly compared to 2015. The Fund for Peace ranks 178 countries based on their levels of stability and the pressures they face as reflected by twelve indicators. Iran ranked 47 in 2016 compared to 44 in 2015, with one being the most unstable. Its stability ranking was similar to that of Cambodia and Gambia. Lebanon was the closest Middle Eastern country in terms of ranking at number 40.

On the pressure assessment scale ranging from alert to warning to stable and sustainable, Iran was rated as “high warning.” During the last decade, the economy has worsened the most out of any of the indicators. Iran has also seen an increase in brain drain and erosion of state legitimacy. 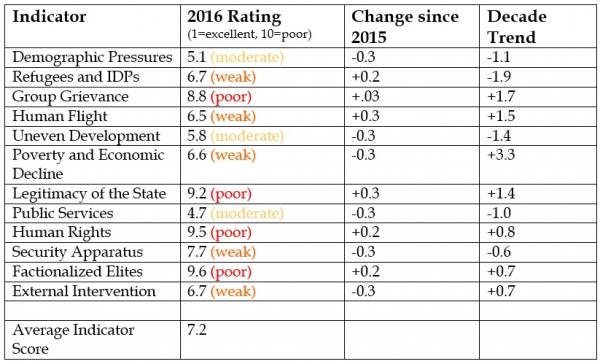 Click here for the full ranking and more information about the indicators.