President Hassan Rouhani is still the favored candidate for the 2017 presidential election, but his predecessor, Mahmoud Ahmadinejad, has made significant gains in public opinion, according to a new University of Maryland survey. While large majorities said they had a favorable view of Rouhani’s efforts to improve national security and international relations, Iranians had a more mixed view of his economic policies.

Also, about one third of respondents said civil liberties have increased during Rouhani’s presidency. He had campaigned on a platform that included opening up Iranian society and has largely fallen short on his promises. Yet a majority were optimistic that civil liberties in Iran will increase in the next two years.

The telephone poll of 1,007 Iranians was conducted June 17–27, 2016, for Center for International and Security Studies at Maryland by IranPoll.com. The following is a rundown of key results on domestic politics and issues. 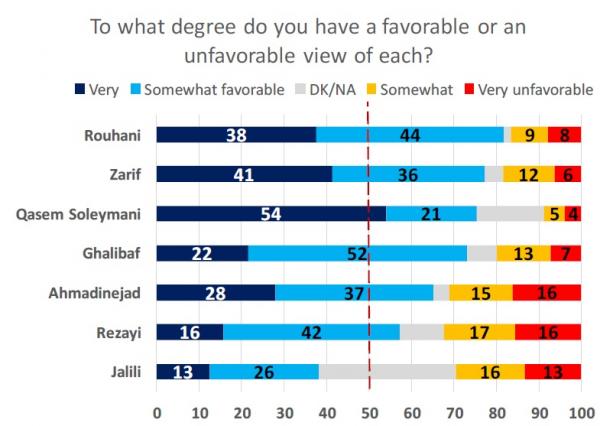 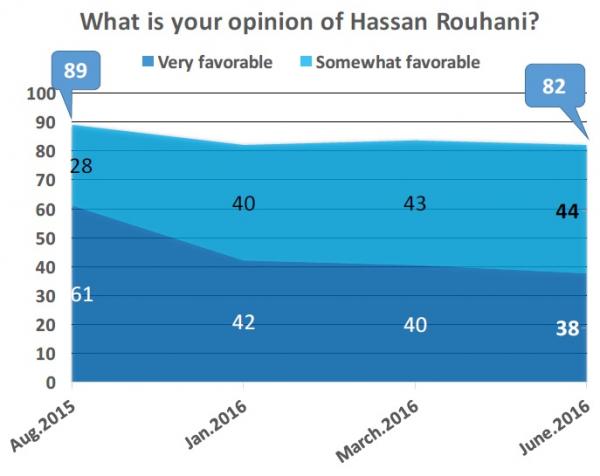 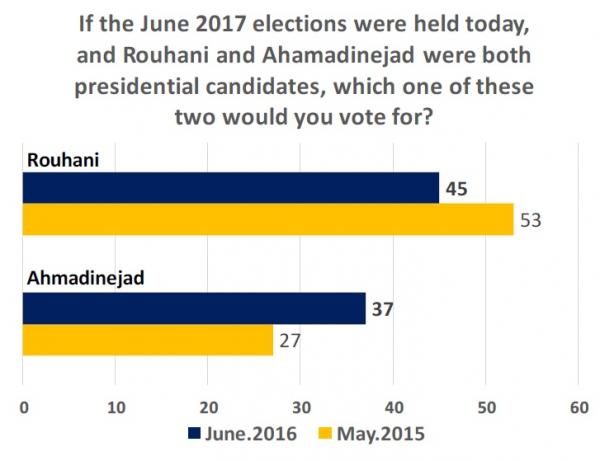 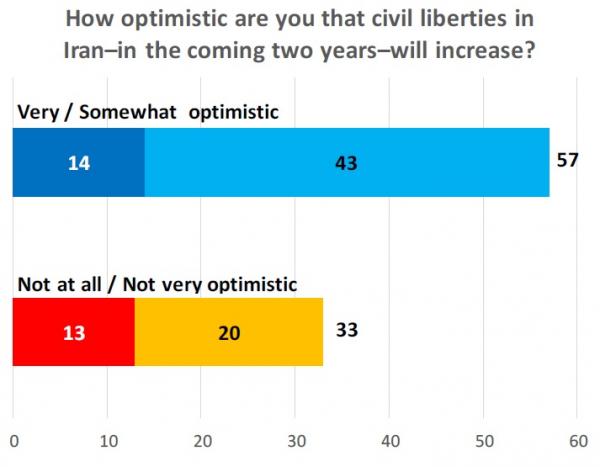 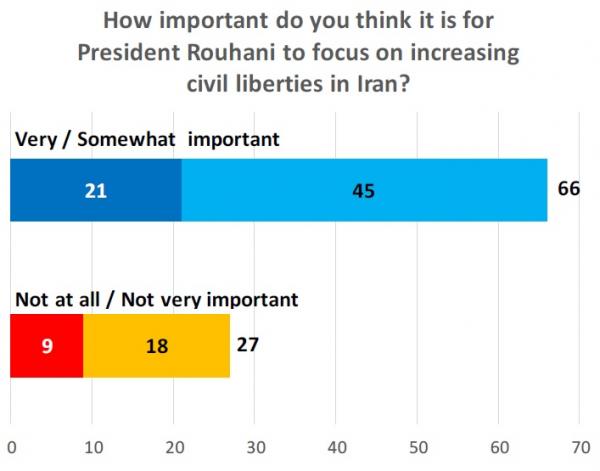 In your opinion, how successful or unsuccessful has President Rouhani been thus far in doing each of the items that I will be reading you?

Improving the economic situation of our country

Improving the security situation of our country