One year after the nuclear deal was reached, three quarters of Iranians said their living conditions had not improved at all, according to a new poll by the University of Maryland. When the agreement was signed in July 2015, nearly two thirds of those surveyed said they expected tangible improvements within a year.

Eroding confidence in the benefits of the deal have coincided with a reduction in popular support for it. Some 76 of Iranians supported the deal immediately after it was signed, compared with 63 percent in June 2016. Some of the decline in support, however, “may also be related to the Iranian public gaining a somewhat more accurate understanding” of the deal. For example, 30 percent of Iranians understood that many U.S. sanctions would not be lifted as part of the deal in 2015 compared to 61 percent in 2016.

The telephone poll of 1,007 Iranians was conducted June 17–27, 2016, for Center for International and Security Studies at Maryland by IranPoll.com. The following is a rundown of key results related to the nuclear deal. 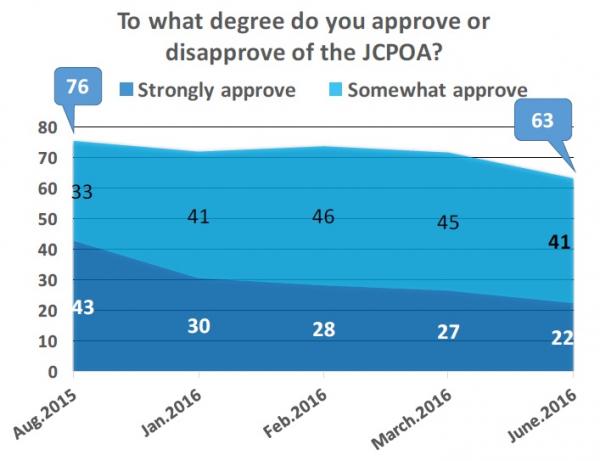 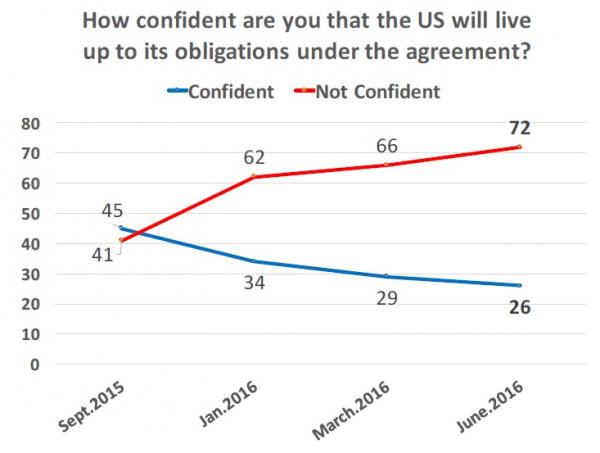 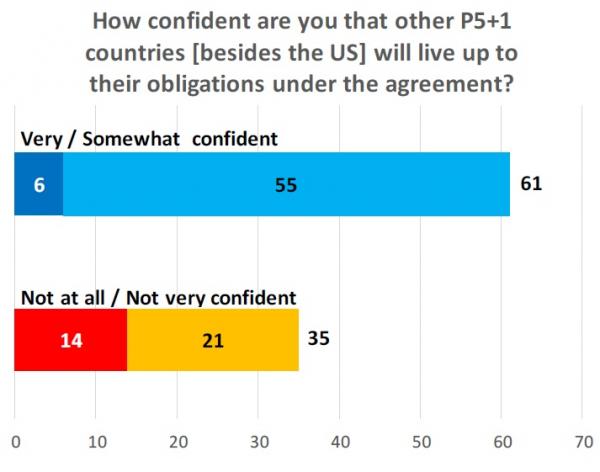 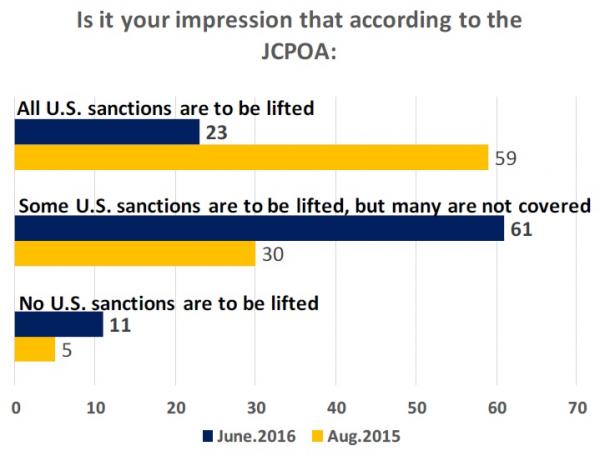 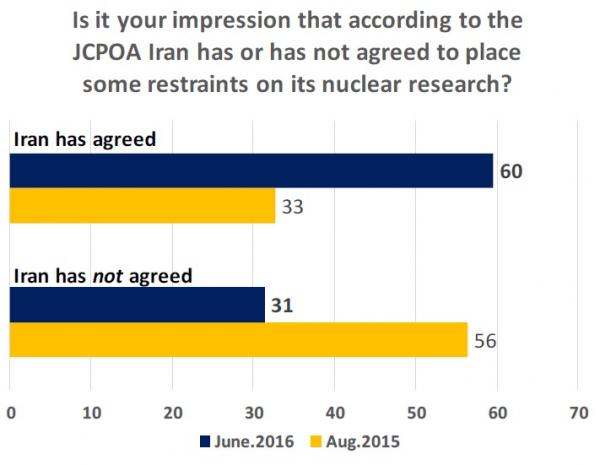 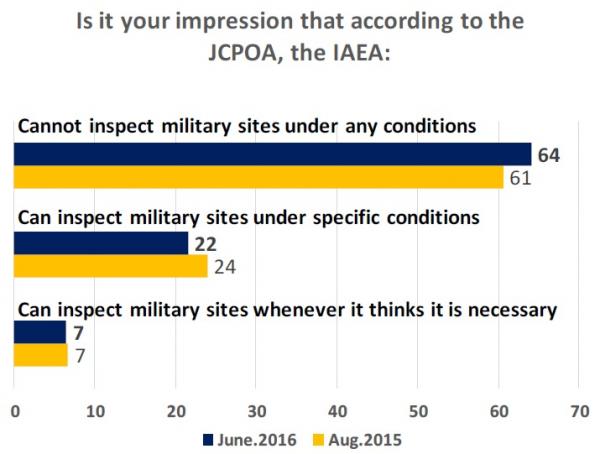 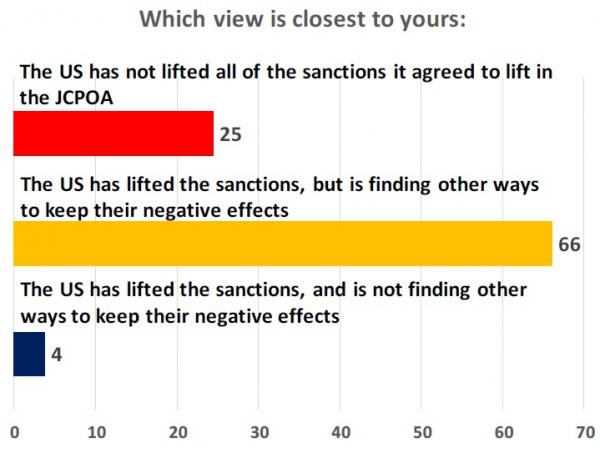 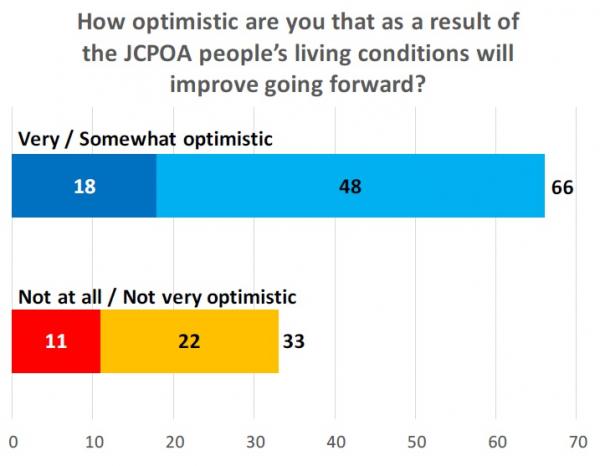 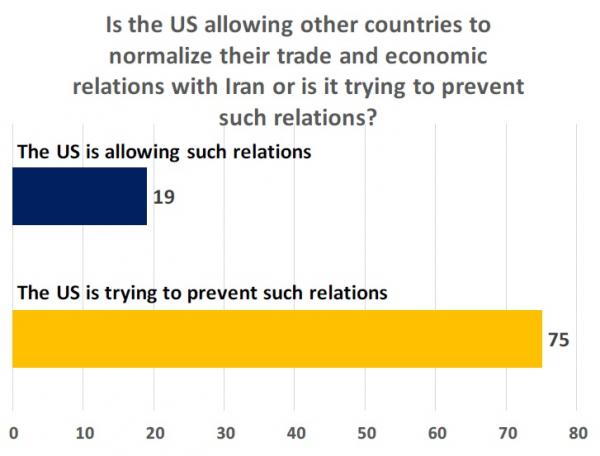 In your opinion is it better for Iran to increase its economic engagement with the western countries, decrease it, or maintain it at the current level? 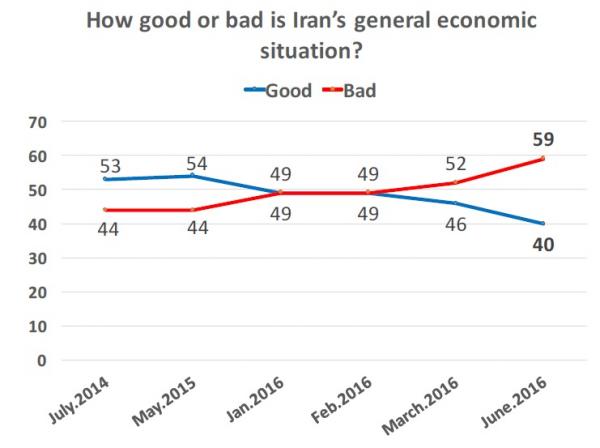 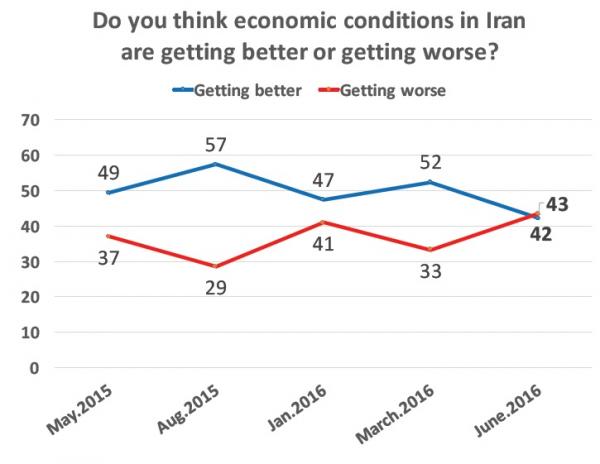 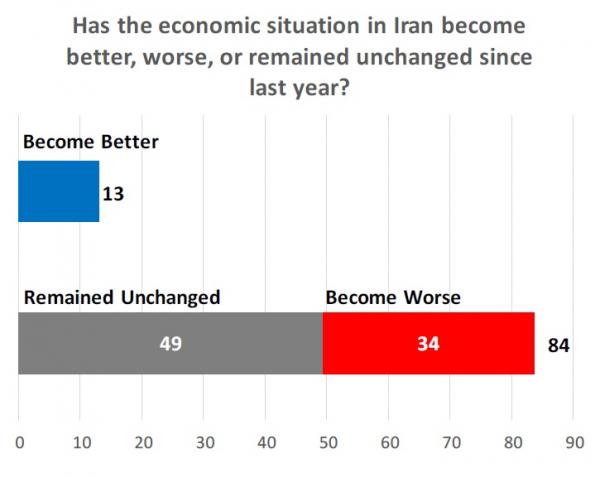