On January 15, President Barack Obama issued a presidential memorandum allowing civilian aircraft exports to Iran. Sanctions had prohibited U.S. manufacturers from selling planes, though the 2013 interim nuclear deal lifted bans on selling spare parts. Under the final deal, U.S. businesses will still be largely barred from trading with Iran. But there are exceptions for civilian aircraft, certain commercial products, and humanitarian goods.
Iran has one of the world's oldest aircraft fleets due to years of sanctions. The Islamic Republic currently has 251 passenger planes, but around 100 are out of service due to difficulties obtaining spare parts. Iran needs to buy 500 planes to update its fleet, according to Minister of Roads and Urban Development Abbas Akhundi. Officials announced on January 16 that Iran plans to purchase more than 100 planes worth more than $10 billion from Airbus, a European manufacturer, now that sanctions have been lifted.
Iran plans to host an aviation summit on January 24 and 25, attended by representatives from more than 100 companies. It will be Iran’s first largescale aviation summit in 40 years. Secretary of Iran’s Aviation Companies Association Maghsoud Asadi Samani said on January 16 that “Airplane building companies are all eying a greater share in the country’s market.” Foreign airlines, including Air France-KLM SA, Lufthansa AG’S Eurowings, Austrian Airlines, and Emirates Airline, all plan to increase flights to Tehran. The following is the text of Obama’s memorandum granting authority to the Secretary of State to allow civilian aircraft exports.
Presidential Memorandum ---Delegation of Certain Functions and Authorities under Section 103(b)(2)
MEMORANDUM FOR THE SECRETARY OF STATE 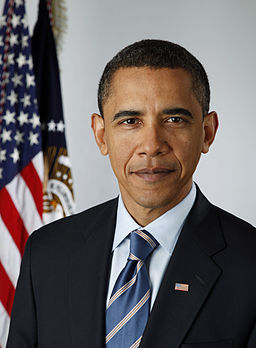 SUBJECT: Delegation of Certain Functions and Authorities under Section 103(b)(2) of the Comprehensive Iran Sanctions, Accountability, and Divestment Act of 2010, as Amended
By the authority vested in me as President by the Constitution and the laws of the United States of America, including section 301 of title 3, United States Code, I hereby order as follows:
I hereby delegate the functions and authorities vested in the President by section 103(b)(2)(B)(vi) of the Comprehensive Iran Sanctions, Accountability, and Divestment Act of 2010, Public Law 111-195, as amended, to the Secretary of State.
Any reference herein to provisions of any Act related to the subject of this memorandum shall be deemed to include references to any hereafter-enacted provisions of law that are the same or substantially the same as such provisions.
You are authorized and directed to publish this memorandum in the Federal Register.
BARACK OBAMA