An overwhelming majority of Iranians said that they approve of the nuclear deal between Iran and the world’s six major powers. Some 76 percent of respondents approved of it while 21 percent disapproved, according to a new poll conducted by the Center for International and Security Studies at Maryland in conjunction with the Program for Public Consultation. Three-quarters of Iranians said the outcome of negotiations made their opinion of President Hassan Rouhani either much better (35 percent) or somewhat better (40 percent). His favorability rating was 89 percent, up from 85 percent in July 2014.
The wide ranging questions also covered public opinion on domestic politics, U.S-Iran relations, the economy, and more. The following is a rundown of key questions and results.
Nuclear Deal 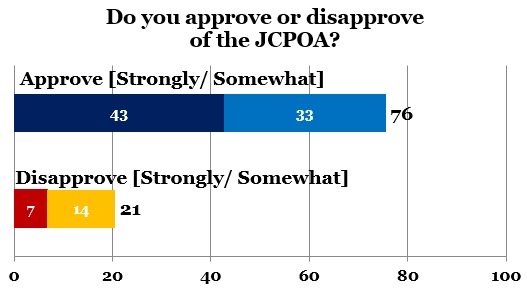 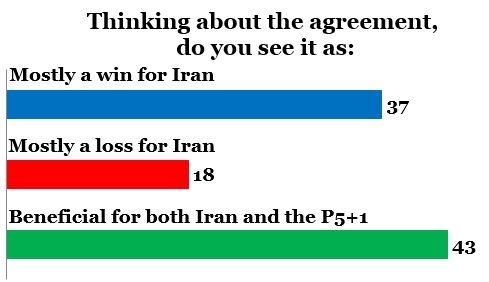 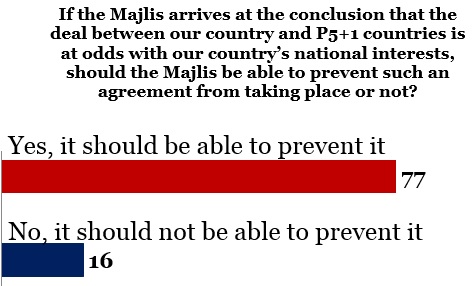 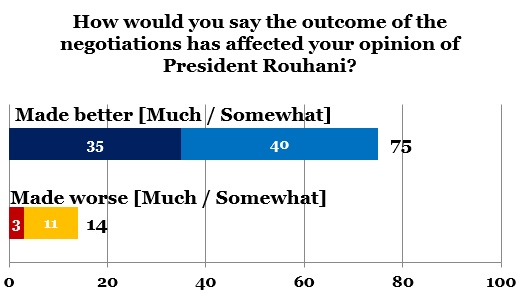 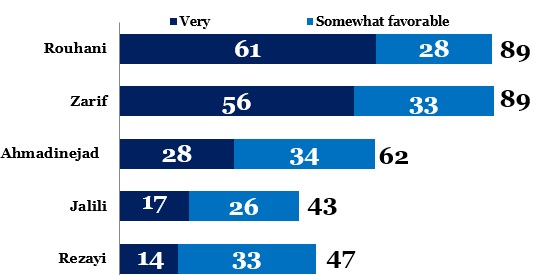 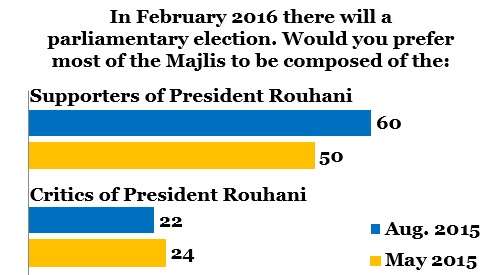 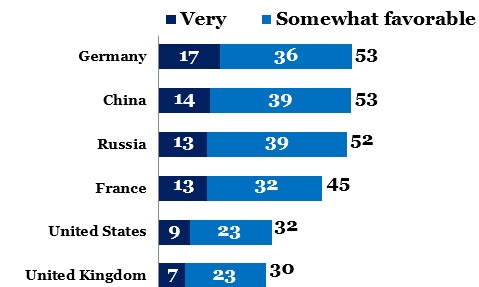 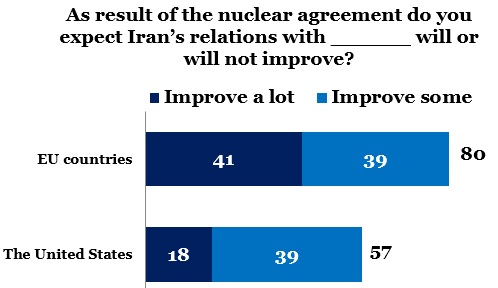 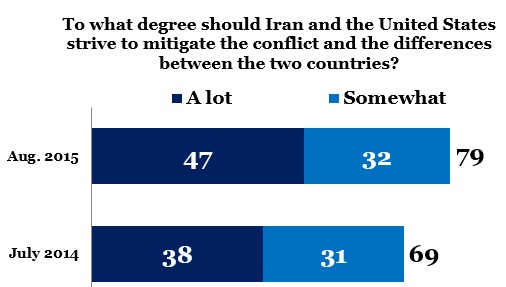 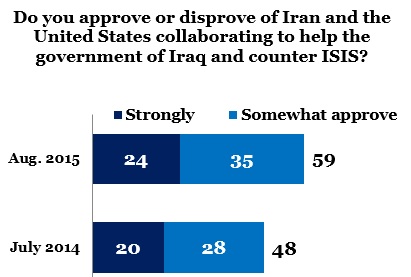 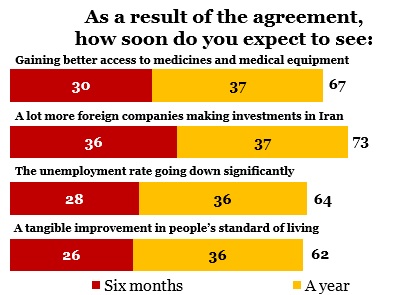