Some 54 percent of Iranians approved of President Hassan Rouhani’s performance in late August, according to a newly released poll by iPOS (Information and Public Opinion Solutions). 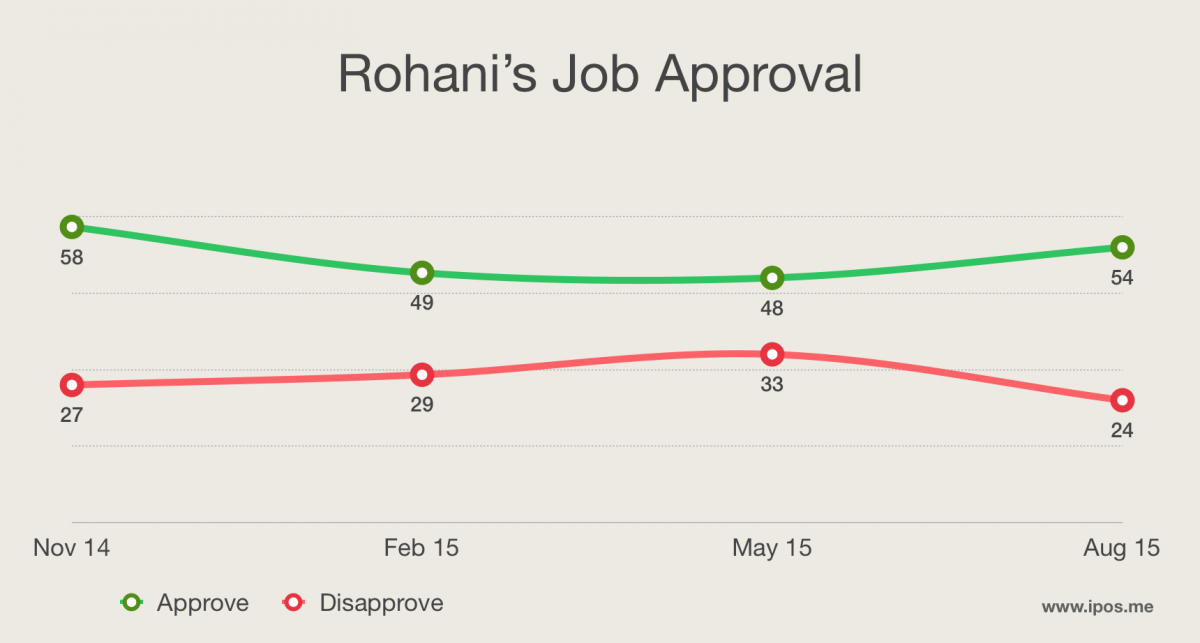 His rating was up six percent compared to May, before the nuclear deal between Iran and the world’s six major powers was announced on July 14. Some 24 percent of Iranians disapproved of his performance in the August poll, down from 33 percent in May. The following are key results. 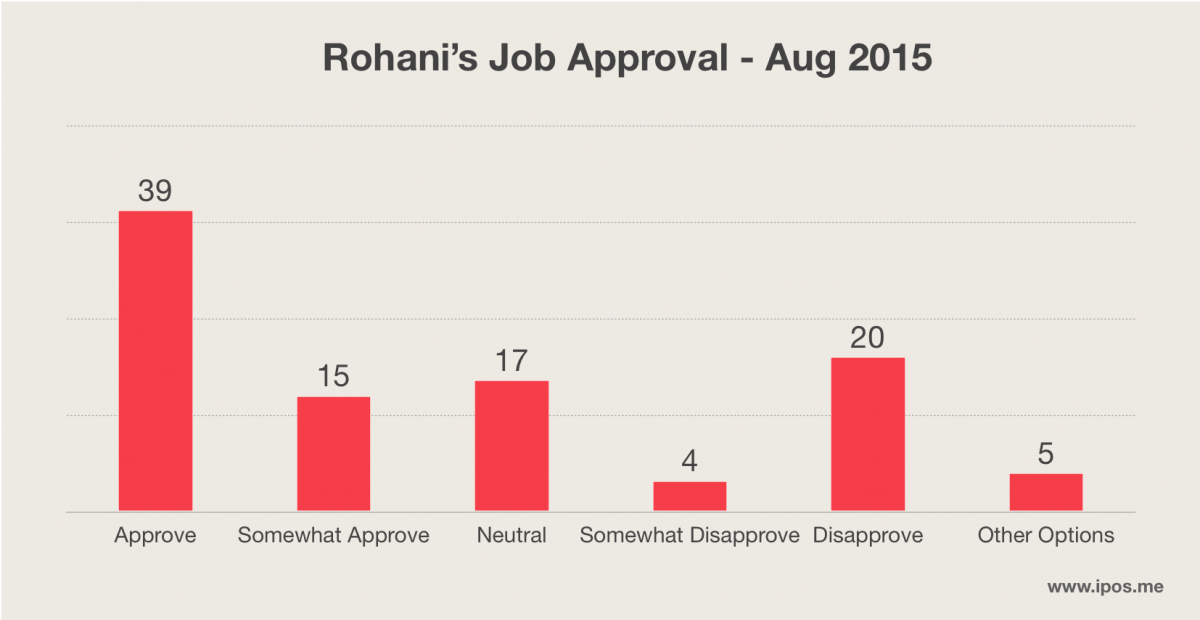 Other options included responses such as "I have no idea", "not interested in this topic", and "I don’t know."
Rouhani Job Performance Ratings Based on Gender, Age, Educational Level and Location

The results were based on telephone interviews conducted August 22-24 with a random sample of 654 adults. iPOS is a private research and consultancy service provider based in McLean, Virginia.