President Hassan Rouhani does not have sufficient support to guarantee that his allies would win a clear majority in the February 2016 parliamentary elections, according to a new poll. It was conducted by the University of Tehran’s Center for Public Opinion Research (UTCPOR) and IranPoll.com, working in conjunction with the Center for International and Security Studies at Maryland (CISSM). Most Iranians, however, believe Rouhani has been somewhat or very successful in improving the economy, reducing unemployment, improving national security, improving Iran’s relations with Europe and reducing sanctions.

The following are excerpted results from the telephone poll of 1,009 Iranians conducted May 12-28, 2015. 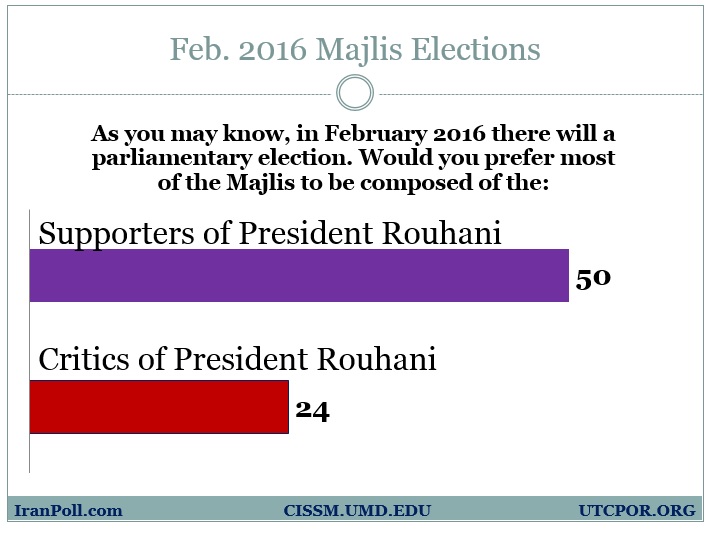 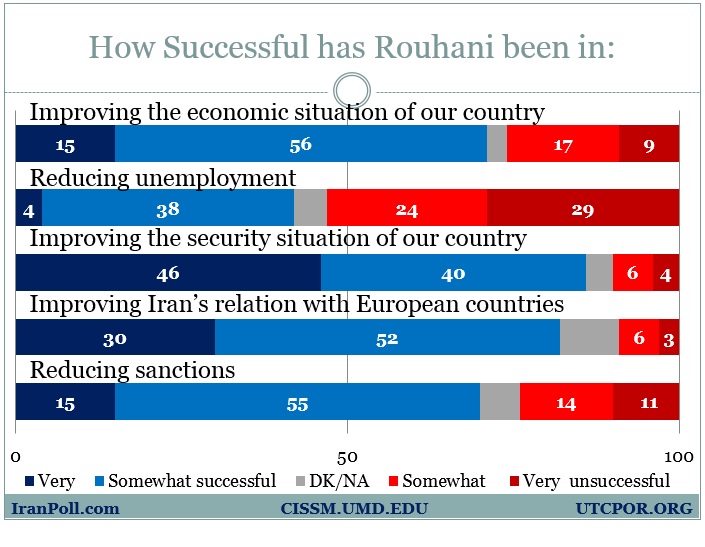 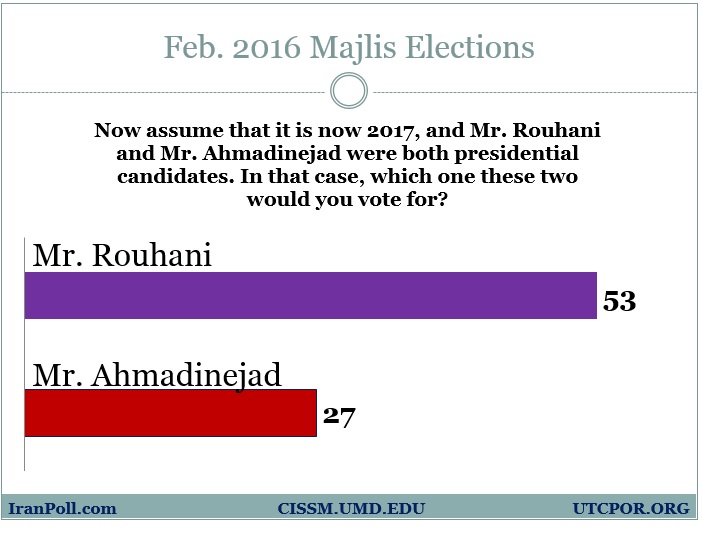