Some 57 percent of Iranians support a deal that would curtail Iran’s nuclear program for a number of years in exchange for sanctions relief, according to a new poll by the University of Tehran’s Center for Public Opinion Research (UTCPOR) and IranPoll.com, working in conjunction with the Center for International and Security Studies at Maryland (CISSM).

“While there is majority support for continuing to pursue a deal, it is sustained in part by expectations that besides the UN and the EU, the US would also relinquish all its sanctions, that the positive effects of the deal would be felt in tangible ways fairly quickly, and that Iran would continue to develop its civilian nuclear program. President Rouhani may have difficulty selling a deal that would significantly deviate from these expectations,” explained Ebrahim Mohseni, a UTCPOR Senior Analyst and a CISSM Research Associate.
Iranians are optimistic about the prospects for an agreement. Some 49 percent believe the current talks are somewhat likely to result in a deal that is agreeable to both sides. And 22 percent believe that outcome is very likely.
At the same time, 57 percent of Iranians say they distrust the P5+1 countries —Britain, China, France, Germany, Russia and the United States. Some 70 percent have an unfavorable view of the United States, yet overwhelming majorities support greater engagement with it in terms of trade, tourism, cultural exchanges and more.
Three in four Iranians believe that Parliament should be able to weigh in on a deal, and four in five say it should be able to prevent implementation of a deal if it finds it detrimental to Iran’s national interest.
The nuclear program is still widely popular. Some 83 percent of Iranians consider it “very important” and 11 percent consider it “somewhat important.” About 73 percent say it is only for peaceful purposes, but 19 percent say the program is also for seeking weapons.
The following are key findings from the telephone poll of 1,009 Iranians conducted May 12-28, 2015.
Views on the April 2 Lausanne Framework 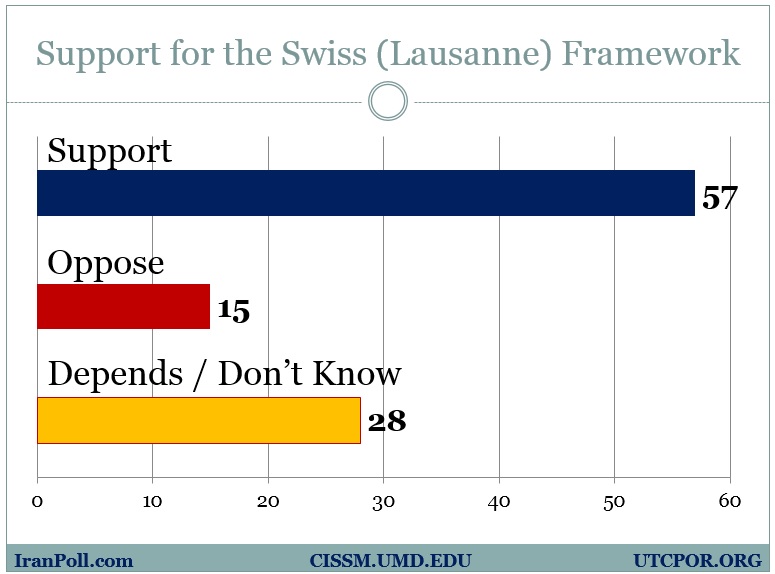 Assumptions and Expectations of Framework 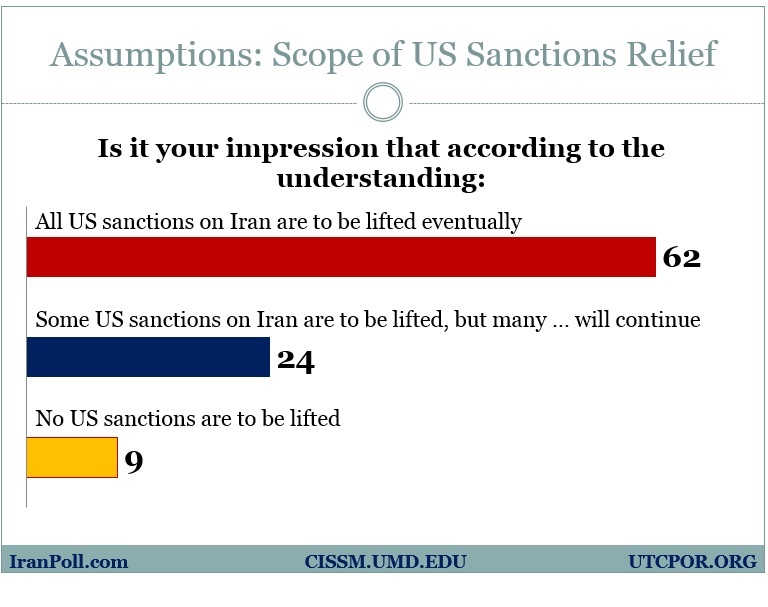 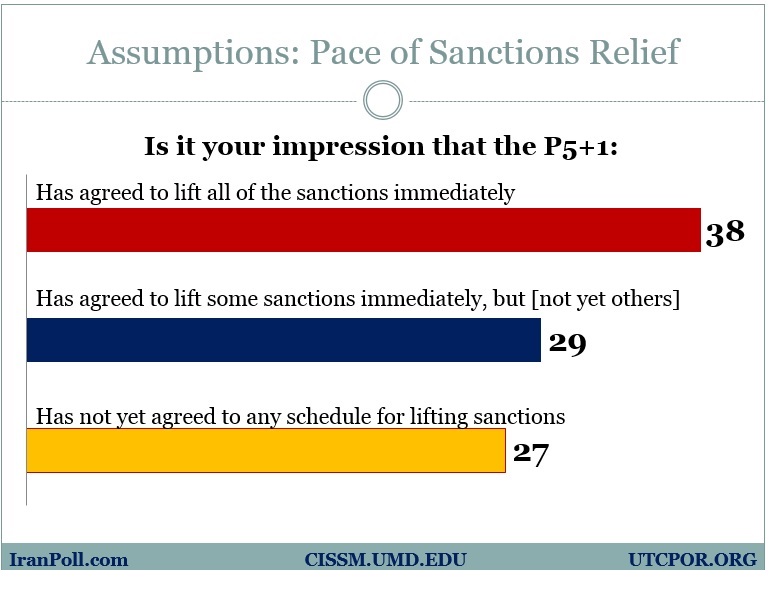 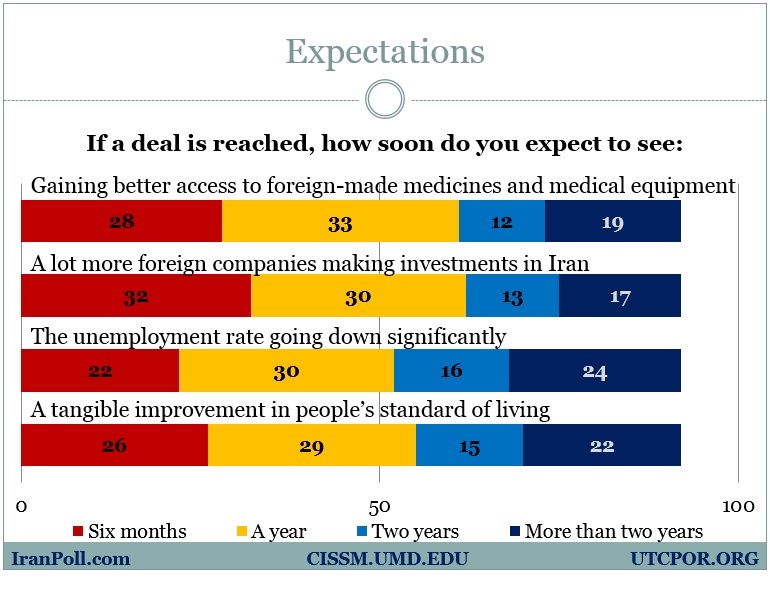 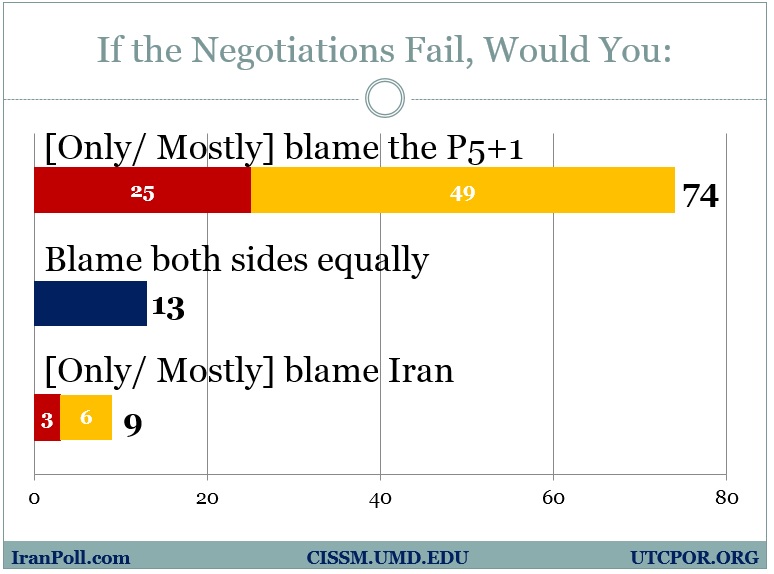 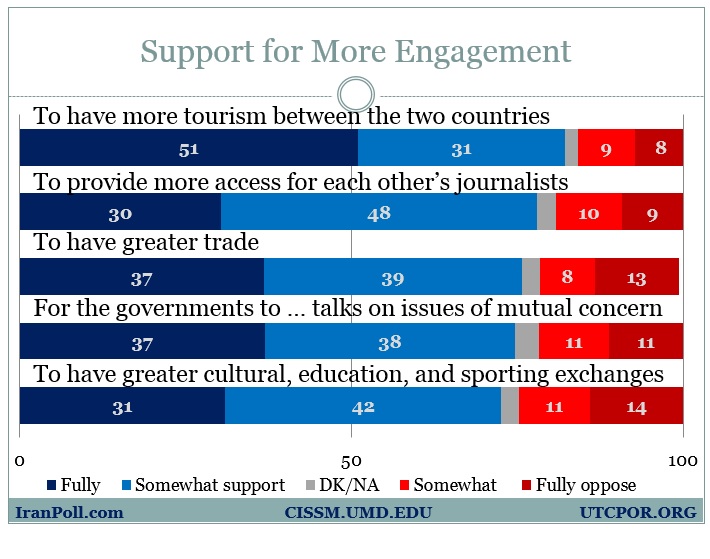 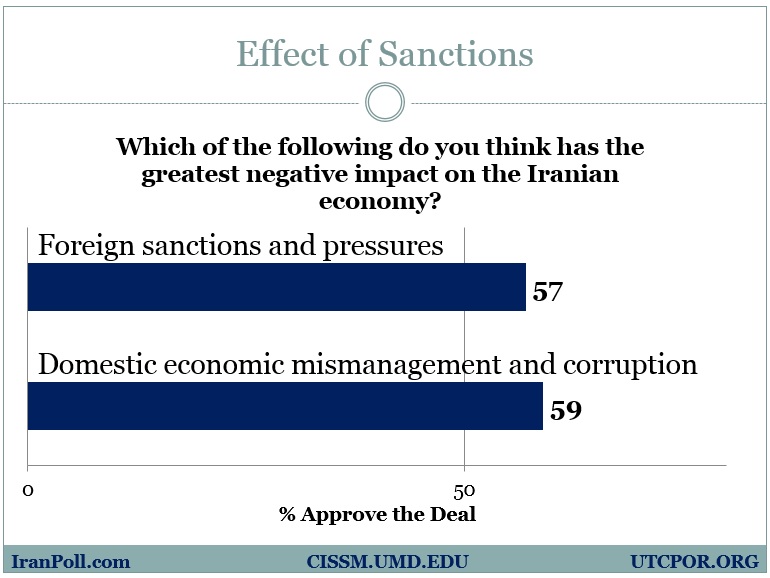