The Final Deal: Promises and Pitfalls

The debate surrounding the historic nuclear deal between Iran and the world’s six major powers played out among two nuclear experts, a sanctions specialist and an Iran scholar during an event co-hosted by USIP at the Woodrow Wilson Center on July 23. The discussion outlined key issues that will top agendas in Washington and Tehran as lawmakers in both countries consider the agreement in the coming months.

Congress has until September 18 to review the final deal. If it adopts a resolution of disapproval, it would take a two-thirds vote in both the House and the Senate to override a likely veto by President Obama.
The following are the main points of the discussion, which was moderated by Doyle McManus, a Washington columnist for The Los Angeles Times. The discussion marked the fifth Iran Forum event, a series hosted by an unprecedented coalition of eight Washington think tanks that also includes the Woodrow Wilson International Center for Scholars, the RAND Corporation, the Arms Control Association, the Center for a New American Security, the Stimson Center, Partnership for a Secure America and the Ploughshares Fund. 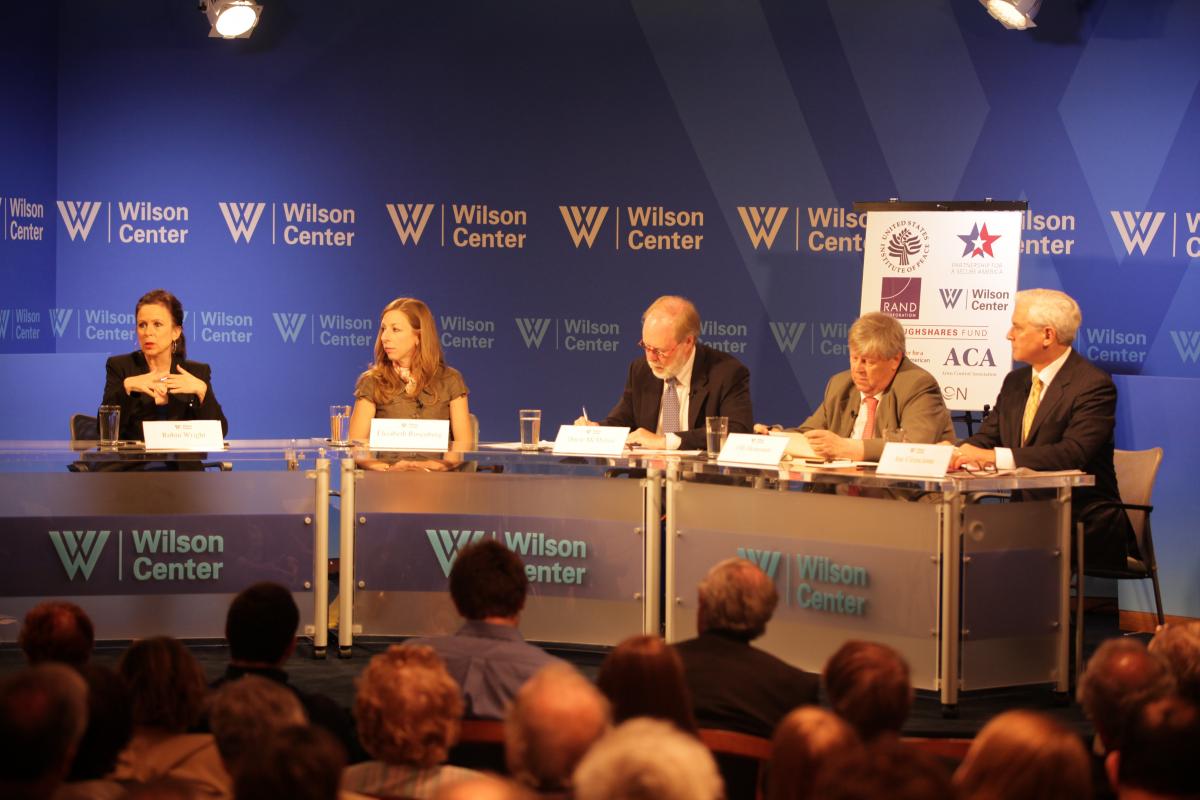 To assess the period of pivotal diplomacy leading up to the deal, the coalition of eight Washington policy organizations has previously hosted four other discussions.

The full video of the event is below.