Supreme Leader Ayatollah Ali Khamenei’s newest website is an attempt to sustain the revolution and its values among Iran’s youth. Nojavan, or “Youth,” was launched in April. More than 60 percent of Iran’s population is under 35. They were born after the 1979 revolution and did not participate in the 1980-1988 war with Iraq, referred to as the “Holy Defense.” This baby boom generation will increasingly – and disproportionately – shape the Islamic Republic’s future. 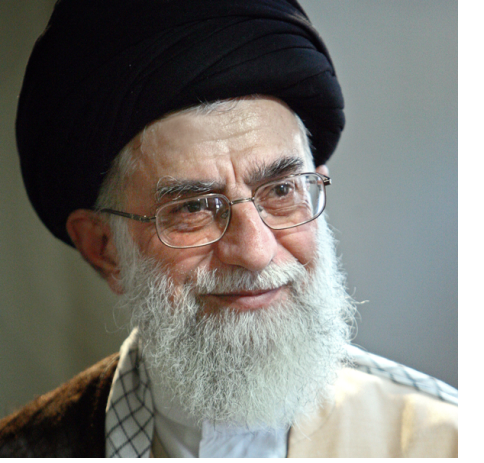 Khamenei’s website refers to the young as “Officers of the Soft War.” The title refers to the perceived cultural invasion – or tahajom’e farhangi in Farsi – by the West. Khamenei wants Iranian youth to be vigilant against Western influence, especially the United States. His new website counters the so-called soft war that plays out through the Internet, satellite television and social media.
The new website’s look, down to the fonts, are aimed at younger Iranians who are particularly media savvy. It is rich with infographic menus suited to mobile phones and tablets. As of mid-2015, some 20 million smartphones were in use in Iran. In April, the deputy minister of telecommunications said that he expects that number to double to 40 million. Internet penetration is more than 50 percent.

The format and content of the website differ markedly from Khamenei’s other social media. As of mid-2015, he had two other websites, along with Twitter, Google+ and Facebook accounts. One website, www.khamenei.ir, is operated by the Center for Preserving and Publishing the Works of Grand Ayatollah Seyyed Ali Khamenei. It focuses on historical documents, speeches and an archive of photographs. The other website, www.leader.ir, highlights Khamenei’s role as the supreme leader in domestic and foreign affairs, his speeches, and his role as a marja’e taqlid or religious “source of emulation.”
In contrast, Nojavan encourages youth to pursue education for the good of Iran’s future. It emphasizes the need for development and national unity. Nojavan invokes less revolutionary or religious ideology, opting to emphasize nationalism in phrases such as keshvar, or “country.” The overall writing style seems simpler for younger readers, including teenagers. It also uses colloquial language. The following is a sampling of the infographics and posters on the Supreme Leader’s youth website. 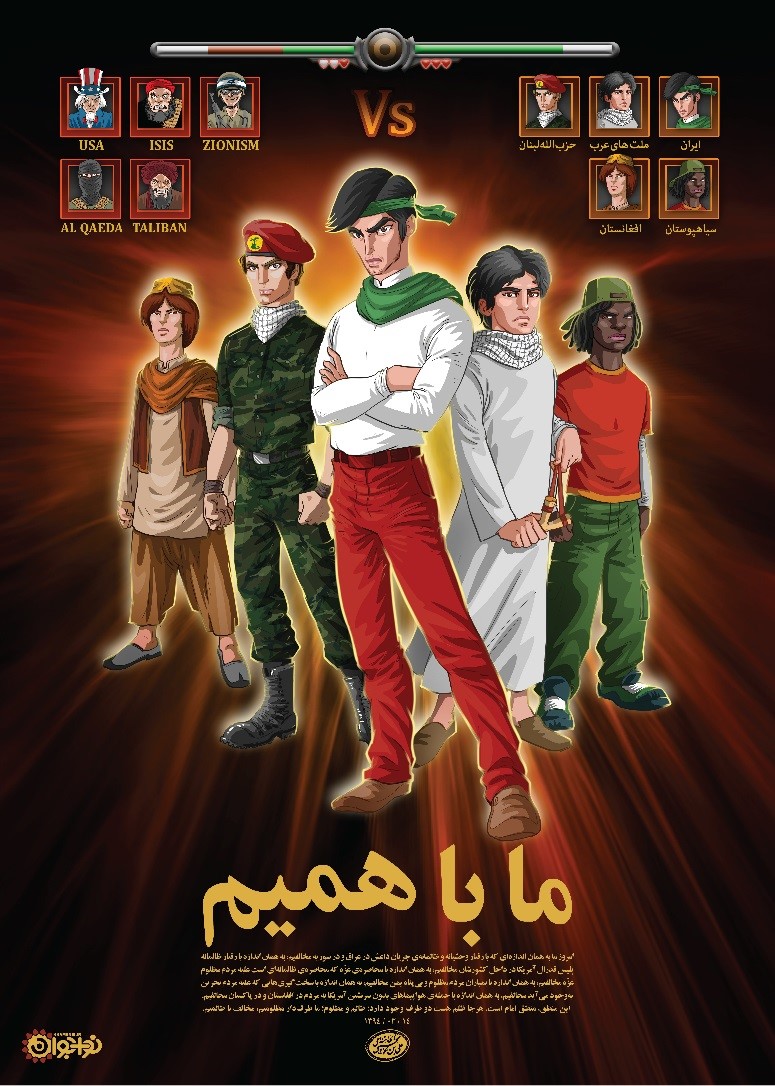 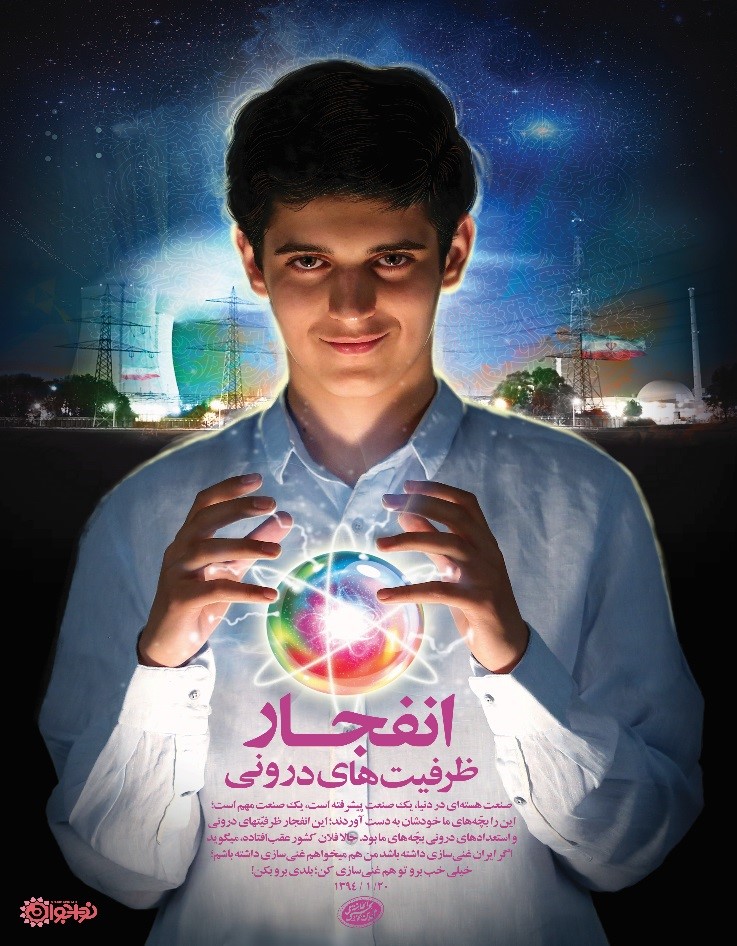 “Explosion of Potential”
“Today, the nuclear industry is an advanced industry in the world. It is an important industry. It reflects an explosion in the capacities and talents of our own experts. Some backward countries now say that if Iran has enrichment, they want enrichment too. Well, you can go and enrich if you know how to do so.” 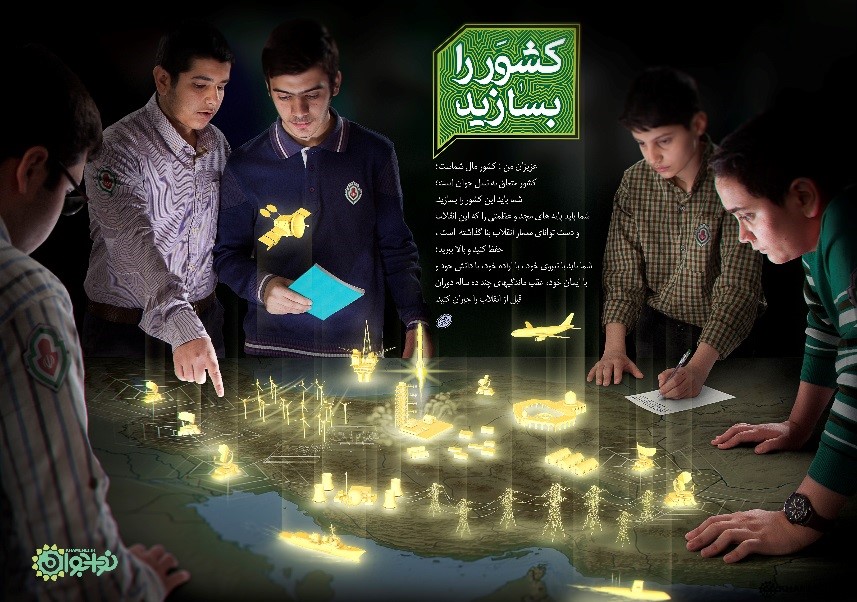 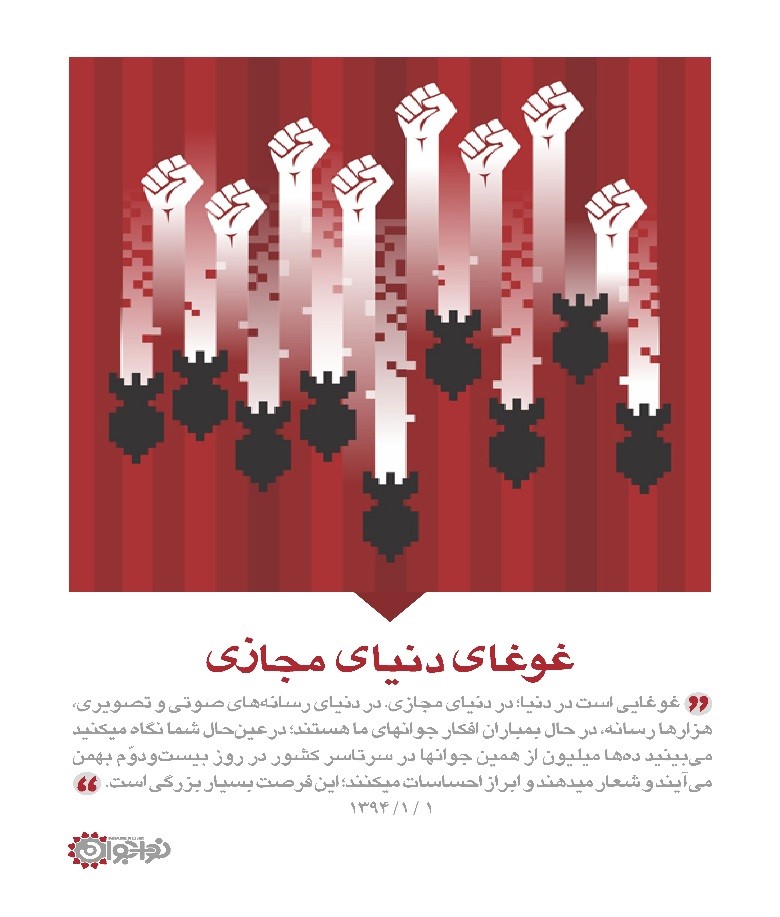 “The Clamor of the Virtual World”
“Some of them [outside media outlets] try to make youth turn their backs on religion. Some try to discourage them from supporting the Islamic government. Some try to encourage them to create discord. Some try to use them for their own vicious goals, and some try to drag them into decadence and idleness. This campaign is constantly targeting our youth, and it is conducted by audio-visual media and the Internet. Despite these attempts, you can witness that tens of millions of our youth participate in the 22nd of Bahman rallies to chant slogans and show their feelings and respect for the Imam (r.a.), Islam and the Islamic Republic. This is not a minor thing. Rather, it is a great opportunity.” 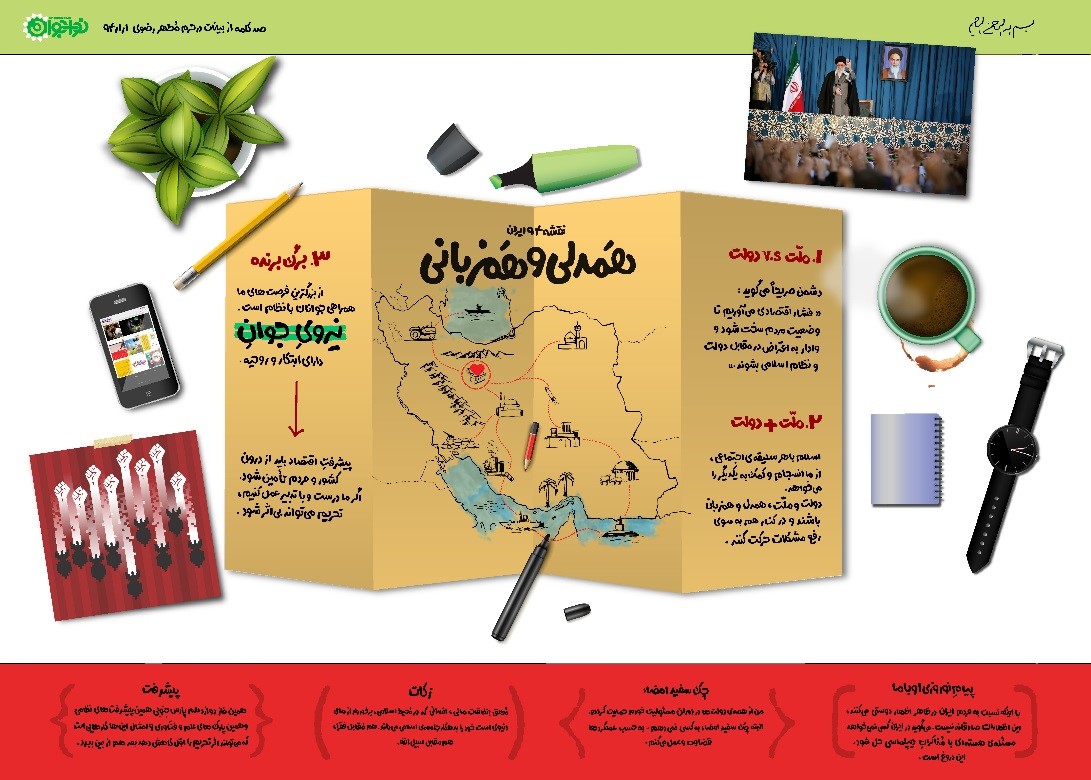 “Map of Iran in year 1394 [March 2015 to March 2016] Empathy and Unity”
Top left: “Trump Card: One of our greatest opportunities is the support that our people and our youth show for the Islamic government.”
Top right: “People vs. Government: The enemy says we increase the economic pressure to increase domestic dissent and confrontation.”
Bottom right: “People and Government:  Islam requires that we remain united and empathic. The government and people should work together to resolve issues.”
The Supreme Leader has long claimed a special relationship with Iran’s youth. “This love between us is mutual. As your old father, my heart is filled with your love,” he said in a speech in 2000. But he also views himself as protector of Iran’s young. “Development and technological advancements create a gap between generations,” he warned in 2009. “In fact, it is possible that values of the preceding generation lose their meaning for the next generation.”
With the launch of his new website, Khamenei is taking a more active role in shaping the character of Iran’s teens. Its slogan is “Energy, Hope, Initiative.”
Sina Azodi is a research assistant at the Woodrow Wilson International Center for Scholars.