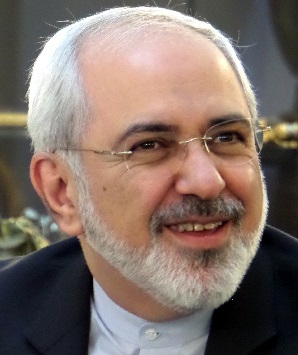 Third, an intra-Yemeni dialogue. Everybody in Yemen should engage in a dialogue without preconditions. And I do not believe that is taking place in the U.A.E., because the U.A.E., unfortunately, became a part of the conflict. It has to take place in a place that is not a part of this conflict. And I believe the United Nations is contemplating Geneva. And I think probably the least common, the lowest common denominator, unfortunately, that may be the only way.
And the fourth element of our plan is to establish, by the Yemenis, a broad-based government that has friendly relations with all its neighbors, including Saudi Arabia. Obviously, it is a big neighbor of Yemen and other G.C.C. countries and Iran and others. We are all important players in the region. We don’t want to exclude any player in the region. We believe that the process of dialogue, by definition, needs to be inclusive. Exclusion is the problem of the current paradigm. We need to include everybody in the process, include everybody in the outcome, and to have a broad-based government with good relations with its neighbors. Now, it should be a Yemeni-owned and a Yemeni-operated process. We can facilitate. I have done that. Barney Rubin knows, he was involved in Afghanistan in the Bonn Conference. We had a successful experience there. In Bonn, we facilitated. The Afghans talked. But we stayed there, for, I don’t know, two weeks. We stayed there on the sidelines. We allowed the Afghanis to talk, and anytime they needed our help, we were just there, ready to help. I think Yemen should be the same, and I think the United Nations has enough experience doing that and we’ve been talking to them, and I hope they can do it.
Ignatius: This idea of a forum for resolving regional disputes, specifically applied to Yemen, we’ll come to Syria in a minute, is very promising. But if your Arab neighbors were here, taking part in this conversation, the first thing they would say is, “We need assurances that Iran is not going to send weapons, trainers, IRGC forces, into our countries.” Any one of those leaders would say, “We look around our region, we see Baghdad, we see Damascus, we see Beirut, we see increasingly Yemen, in effect under control of Iranian proxies.” So how do you reassure them that you’re not going to be meddling in their internal affairs in those countries.
Zarif: Well, I think we’re going to be more respectful of the people of our region to believe that Iran can run all these capitals with proxies. I mean nobody, believe me, nobody can run Yemen, other than Yemenis. People have tried. Believe me, people have tried in the past. And that’s why we believe Yemen was a quagmire for those who got involved. Everybody in their right mind believes Yemen was an area that you should stay away from. Allow the Yemenis to resolve their problems. Help them. Yemen is not a theatre of war. It is a theatre for humanitarian—Iran, you see, is a force, that cannot be neglected in this region, as Saudi Arabia is a force that cannot be neglected in our region. We’re not trying to exclude anybody. I didn’t ask Saudi Arabia not to be invited to Geneva II because they supported Daesh [ISIS], because they provided arms to Daesh, because they provided financial assistance to Daesh. I didn’t ask another country to be excluded because every month, a thousand new recruits are crossing its borders into Syria and Iraq to join Daesh. I didn’t ask it because it was impractical. It was imprudent to exclude any regional country. But I was excluded from attending Geneva II.
I think it is important for people to deal with realities. I can tell you that Iran wants peace with all its neighbors. We believe that peace in the immediate neighborhood, in the Persian Gulf region, is imperative for our security, for our prosperity. But we do not allow people to arbitrarily decide that Iran should not play a role in this region because that decision will not hold any water, will not have any impact on the ground. Iran is a serious player in the region.
Let me give you just one very brief example. Some of my friends have heard this. After the United States changed the government in Iraq, you call it liberation, whatever. After we had the new Iraqi government, President Talabani came to the [U.N.] Security Council. I was Iran’s ambassador, a Persian, non-Arab, and President Talabani came and hugged me. And he shook hands with all the Arab ambassadors. And the Arab ambassadors came to me and said, “Why is it like this?” I told them, realistically, for 30 years you supported the wrong guy, and we supported the right guy. You should not forget the fact that the United States and all these countries in the region supported Saddam Hussein when he was using chemical weapons against my people, against the Kurds, against others. If you want to forget it, I won’t let you. And the region made that wrong decision.

Wisner: David, thank you. Minister, if I could add my own appreciation to having you and this very important occasion be as frank as you have been. I’d like to ask you if you would take a step back in your presentation this morning to a fascinating description of your vision of the region taking us back to 1986 and your suggestion that Iran is committed to the shaping of a new architecture of security for the region. Let me ask you to think about that and take us a bit further. Two questions. First, trust is a problem, so how do you build trust? What steps can be taken to convene the parties to that understanding? Second, what kind of understanding does Iran have in mind when it talks about new security architecture for the area?