The following article was originally published by Iran@Brookings. 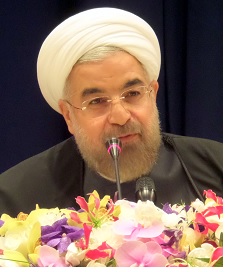 Last week's New York visit by Iranian president Hassan Rouhani fell short of any expectations that might have been set by his historic American debut only a year ago. While there was plenty of pageantry — prime-time interviews, gala dinners, and sober speeches before august institutions — Tehran's annual American charm offensive fell short of the hype and historic breakthroughs that marked his September 2013 trip. Even more disappointing was the fact that the rare appearance of senior Iranian officials on American soil failed where it mattered most, in catalyzing new momentum on the stalled nuclear talks.