In any nuclear deal, Iran will have to limit the number of centrifuges it uses to enrich uranium, a process that produces fuel for both peaceful nuclear energy and the world’s deadliest weapon. But the exact number is likely to be one of the most contentious issues during the six-month negotiations that finally get into real substance when talks resume in mid-March. Past positions reflect the controversies in brokering a future accord that ensures Tehran does not produce a bomb. 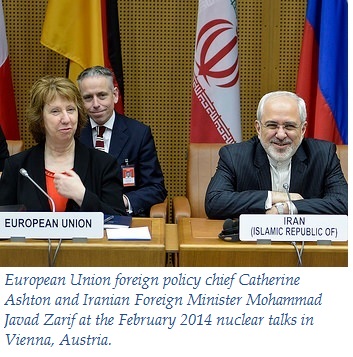 Iran currently has about 19,000 centrifuges installed at the two pivotal enrichments sites—Natanz, which is near Kashan, and Fordo, which is deep in the mountains near the religious center of Qom. The new cap in a deal with the world’s six major powers will almost surely have to be a small fraction of Iran’s current capability—probably somewhere between 2,000 and 4,000 IR-1 centrifuges. IR-1 is the first generation of centrifuges.
The most telling negotiations about centrifuges took place in 2005, as the international community tried to convert a temporary suspension of Iran’s enrichment program, which had begun in 2003, into a long-term deal. Iran proposed to the three European powers—Britain, France and Germany—an initial cap of 3,000 IR-1 centrifuges. But Tehran also insisted that it be allowed to continue increasing the number of its centrifuges after a relatively short time. Iran’s proposal called for stages:
•  Stage 2 —3,000 centrifuges in operation, a cap that would only be in place temporarily.
•  Stage 3 —installation of 50,000 centrifuges, the number envisioned for Natanz, then the only enrichment site.
•  Stage 4 —operation of all 50,000, alongside the parliament’s approval of the Additional Protocol, which allows complementary inspections by the International Atomic Energy Agency and makes hiding nuclear activities and facilities more difficult.
The Europeans rejected Iran’s proposal. The European Union had instead offered to supply a power reactor and all the enriched uranium fuel, which would nullify the need for any centrifuges at Natanz. In July 2005, Tehran indicated it might modify its offer, but it would not budge on the key issue of synchronizing the number of centrifuges at Natanz to the domestic production of enough enriched uranium for a large nuclear power reactor—another way of increasing the number of centrifuges to 50,000. 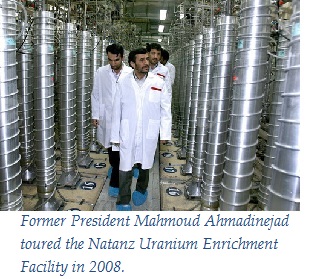 The deadlock over numbers ultimately contributed to a breakdown in talks. When President Mahmoud Ahmadinejad took office in August 2005, Iran ended the suspension of its program. It then resumed centrifuge installation and operation. Tensions soon mounted with the international community, producing four U.N. resolutions and a host of other unilateral sanctions by the United States, the European Union and other Western governments.
The danger today is déjà vu. The new talks center on the same issues explored nine years ago. Although Tehran has engaged in the most serious diplomacy to date, its rhetoric today mirrors its position in 2005. The chief negotiator in 2005 is today Iran’s new president, Hassan Rouhani.
The talks today involve more players, including the United States, Russia and China, and tougher terms in light of Iran’s advances in the intervening decade. Washington, with European backing, not only wants a cap on the number of centrifuges. It also wants the cap to last far longer—more like 20 years. Their argument is that Iran has no need to produce any fuel. It already has produced enough for the small Tehran Research Reactor, which makes isotopes for cancer treatment and other medical uses. 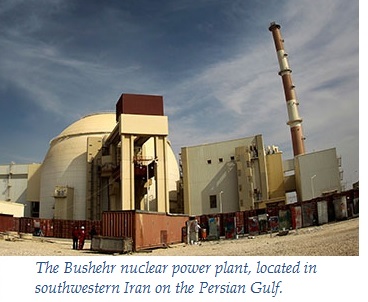 In other words, the world’s six major powers believe Iran’s ambitions far exceed its current needs. Iran only has one nuclear reactor for energy at Bushehr, which was built by Russia. The enriched uranium that fuels the Bushehr reactor also is provided by Russia. In general, any nuclear deal would also allow Iran to more economically and reliable obtain the fuel it might need from abroad for additional reactors.
Any meaningful deal will almost certainly require that Iran accepts limits on its centrifuges—in terms of number and the quality of uranium they enrich—that will in turn increase the so-called break-out time. Break-out time is the timespan required to produce enough weapon-grade uranium to produce a weapon. Currently, the estimated breakout times are dangerously short.
For negotiations to succeed, Tehran would probably have to accept a limited centrifuge program where the break-out time to produce enough weapons-grade uranium for a bomb would be in the range of six to 12 months. Another key condition would be capping at a relatively low level the amount of uranium enriched up to near 20 percent— the material that can most rapidly be further enriched to weapon-grade. In effect, these two conditions translate into a long-term cap on Iran’s centrifuges of no more than 4,000 IR-1 centrifuges. Both are central to achieving an irreversible long-term agreement.
David Albright is the president and Andrea Stricker a senior policy analyst at the Institute for Science and International Security (ISIS).
Click here to read Albright and Stricker’s Iran Primer chapter on the nuclear program.
Photo credits: Catherine Ashton and Javad Zarif by Das österreichische Außenministerium via Flickr, Mahmoud Ahmadinejad via New York Times/President.ir, Bushehr via NuclearEnergy.ir
Online news media are welcome to republish original blog postings from this website in full, with a citation and link back to The Iran Primer website (www.iranprimer.com) as the original source. Any edits must be authorized by the author. Permission to reprint excerpts from The Iran Primer book should be directed to permissions@usip.org