A Final Nuclear Deal: Getting from Here to There with Iran 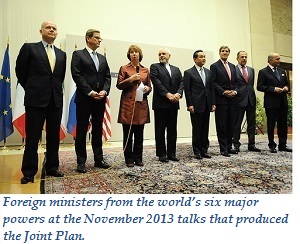 The stakes could not be higher—or the issues tougher—as the world’s six major powers and Iran launch talks February 18 on final resolution of the Iranian nuclear crisis.
The goal “is to reach a mutually-agreed long-term comprehensive solution that would ensure Iran’s nuclear program will be exclusively peaceful,” says the temporary Joint Plan of Action, which calls for six months of negotiations. If talks fail, the prospects of military action—and potentially another Middle East conflict—soar.
Six issues are pivotal to an accord. The terms on each must be accepted by all parties—Iran on one side and Britain, China, France, Germany, Russia and the United States on the other—or there is no deal. The Joint Plan notes, “This comprehensive solution would constitute an integrated whole where nothing is agreed until everything is agreed.”
1. Limiting Uranium Enrichment
Iran’s ability to enrich uranium is at the heart of the international controversy. The process can fuel both peaceful nuclear energy and the world’s deadliest weapon. Since 2002, Iran’s has gradually built an independent capability to enrich uranium, which it claims is only for medical research and to fuel an energy program. But the outside world has long been suspicious of Tehran’s intentions because its program exceeds its current needs. Iran’s only nuclear reactor for energy, in the port city of Bushehr, is fueled by the Russian contractor that built it. 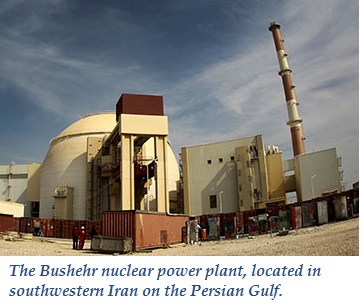 Centrifuges are the key to enriching uranium. In 2003, Iran had fewer than 200 centrifuges. In 2014, it has approximately 19,000. About 10,000 are now enriching uranium; the rest are installed but not operating. To fuel a nuclear power reactor, centrifuges are used to increase the ratio of the isotope U-235 in natural uranium from less than one percent to between three and five percent. But the same centrifuges can also spin uranium gas to 90 percent purity, the level required for a bomb.
Experts differ on how many centrifuges Iran should be allowed to operate. Zero is optimal, but Iran almost certainly will not agree to eliminate totally a program costing billions of dollars over more than a decade. Iranian officials fear the outside world wants Tehran to be dependent on foreign sources of enriched uranium, which could then be used as leverage on Iran—under threat of cutting off its medical research and future nuclear energy independence.
Most experts say somewhere between 4,000 and 9,000 operating centrifuges would allow many months of warning time if Iran started to enrich uranium to bomb-grade levels. The fewer centrifuges, the longer Iran would need to “break out” from fuel production to weapons production.
So the basic issues are: Can the world’s major powers convince Iran to disable or even dismantle some of the operating centrifuges?  If so, how low will Iran agree to go? And will Iran agree to cut back enrichment to only one site, which would mean closing the underground facility at Fordow?
A deal may generally have to include:
•reducing the number of Iran’s centrifuges,
•limiting uranium enrichment to no more than five percent.
•capping centrifuge capabilities at current levels.
In short, as George Shultz and Henry Kissinger say, a deal must “define a level of Iranian nuclear capacity limited to plausible civilian uses and to achieve safeguards to ensure that this level is not exceeded.”
2. Preventing a Plutonium Path 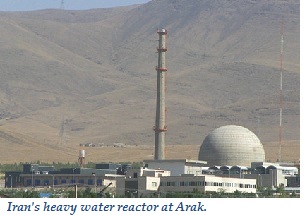 Iran’s heavy water reactor in Arak, which is unfinished, is another big issue. Construction of this small research reactor began in the 1990s; the stated goal was producing medical isotopes and up to 40 megawatts of thermal power for civilian use. But the “reactor design appears much better suited for producing bomb-grade plutonium than for civilian uses,” warned former Secretary of Defense William Perry and former Los Alamos Laboratory Director Siegfried Hecker.
For years, Iranian officials allowed weapons inspectors from the International Atomic Energy Agency (IAEA), the U.N. nuclear watchdog, intermittent access to Arak. Inspectors have been granted more access since the Joint Plan of Action went into effect on January 20. But satellite imagery can no longer monitor site activity due to completion of the facility’s outer structure.
The reactor will be capable of annually producing nine kilograms of plutonium, which is enough material to produce one or two nuclear weapons. However, the reactor is at least a year away from operating, and then it would need to run for 12 to 18 months to generate that much plutonium. Iran also does not have a facility to reprocess the spent fuel to extract the plutonium. In early February, Iranian officials announced they would be willing to modify the design plans of the reactor to allay Western concerns, although they provided no details.
3. Verification
The temporary Joint Plan allows more extensive and intrusive inspections of Iran’s nuclear facilities. U.N. inspectors now have daily access to Iran’s primary enrichment facilities at the Natanz and Fordow plants, the Arak heavy water reactor, and the centrifuge assembly facilities. Inspectors are now also allowed into Iran’s uranium mines.
Over the next six months, negotiations will have to define a reliable long-term inspection system to verify that Iran’s nuclear program is used only for peaceful purposes. A final deal will have to further expand inspections to new sites. The most sensitive issue may be access to sites suspected of holding evidence of Iran’s past efforts to build an atomic bomb. The IAEA suspects, for example, that Iran tested explosive components needed for a nuclear bomb at Parchin military base. 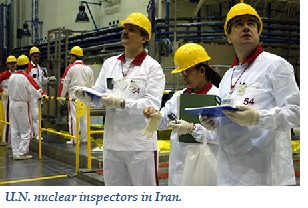 Iran may be forthcoming on inspections. Its officials have long held that transparency—rather than reduction of capabilities—is the key to assuring the world that its program is peaceful. They have indicated a willingness to implement stricter inspections required under the IAEA’s Additional Protocol—and maybe even go beyond it. But they are also likely to want more inspections matched by substantial sanctions relief and fewer cutbacks on the numbers of centrifuges in operation. At least four of the six major powers—the United States, Britain, France and Germany—will almost certainly demand both increased inspections and fewer, less capable centrifuges.
4. Clarifying the Past
The issue is not just Iran’s current program and future potential. Several troubling questions from the past must also be answered. The temporary deal created a Joint Commission to work with the IAEA on past issues, including suspected research on nuclear weapon technologies. Iran denies that it ever worked on nuclear weapons, but the circumstantial evidence about past Iranian experiments is quite strong.
Among the issues:
•research on polonium-210, which can be used as a neutron trigger for a nuclear bomb,
•research on a missile re-entry vehicle, which could be used to deliver a nuclear weapon, and
•suspected high-explosives testing, which could be used to compress a bomb core to critical mass. Iran may be reluctant to come clean unless it is guaranteed amnesty for past transgressions—and can find a way to square them with its many vigorous denials. And any suspicions that Iran is lying will undermine even rigorous new inspections that verify Iran's technology is now being used solely for civilian purposes.
On February 8, in a potential breakthrough, the IAEA and Iran agreed on specific actions that Iran would take to provide information and explanations of its past activities. “Resolution of these issues will allow the agency to verify the completeness and correctness of Iran’s nuclear activities,” says Kelsey Davenport of the Arms Control Association, “and help ensure that Tehran is not engaged in undeclared activities.”   Resolving all past issues before a final agreement may prove difficult, however. Negotiations may instead produce a process for eventual resolution.
5. Sanctions Relief
Iran’s primary goal is to get access to some $100 billion in funds frozen in foreign banks and to end the many sanctions that have crippled the Iranian economy. Since the toughest U.S. sanctions were imposed in mid-2012, Iran’s currency and oil exports have both plummeted by some 60 percent.
The temporary Joint Plan of Action says a final agreement will “comprehensively lift UN Security Council, multilateral and national nuclear-related sanctions…on a schedule to be agreed upon.” (It does not, however, address sanctions imposed on other issues, such as support for extremist groups or human rights abuses.) The United States and the Europeans may want to keep some sanctions in place until they are assured that Iran is meeting new obligations. 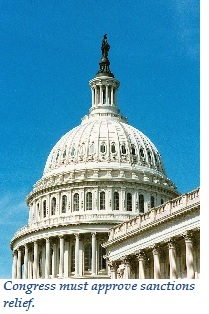 The specter of the U.S. Congress will overshadow negotiations. Its approval will be required to remove the most onerous sanctions over the past five years. “The U.S. Congress will have to allow meaningful sanctions relief to Iran, just as Iran’s hard-liners are going to have to be convinced not to stand on principle when it comes to their ‘right’ to enrich and their demand to have all sanctions lifted,” says Brookings Institution scholar Ken Pollack, “The U.S. Congress is going to have to agree to allow Iran’s economy to revive and Tehran’s hard-liners are going to have to be satisfied with the revival of their economy and some very limited enrichment activity.”
6. The Long and Winding Road
The final but critical issue is timing: How long is a long-term deal? It will clearly require years to prove Iran is fully compliant. But estimates vary widely from five to 20 years. Another alternative is a series of shorter agreements that build incrementally on one another.
For all the big issues ahead, both sides have an interest in negotiating a deal. The world’s six major powers want to curtail more of Iran’s program, while Iran wants to revive its economy and normalize its international relations. If the negotiators succeed, they will make history. Their failure could open the path to a nuclear-armed Iran or a new war in the Middle East – or both.

Joseph Cirincione is president of Ploughshares Fund and author of Nuclear Nightmares: Securing the World before It Is Too Late